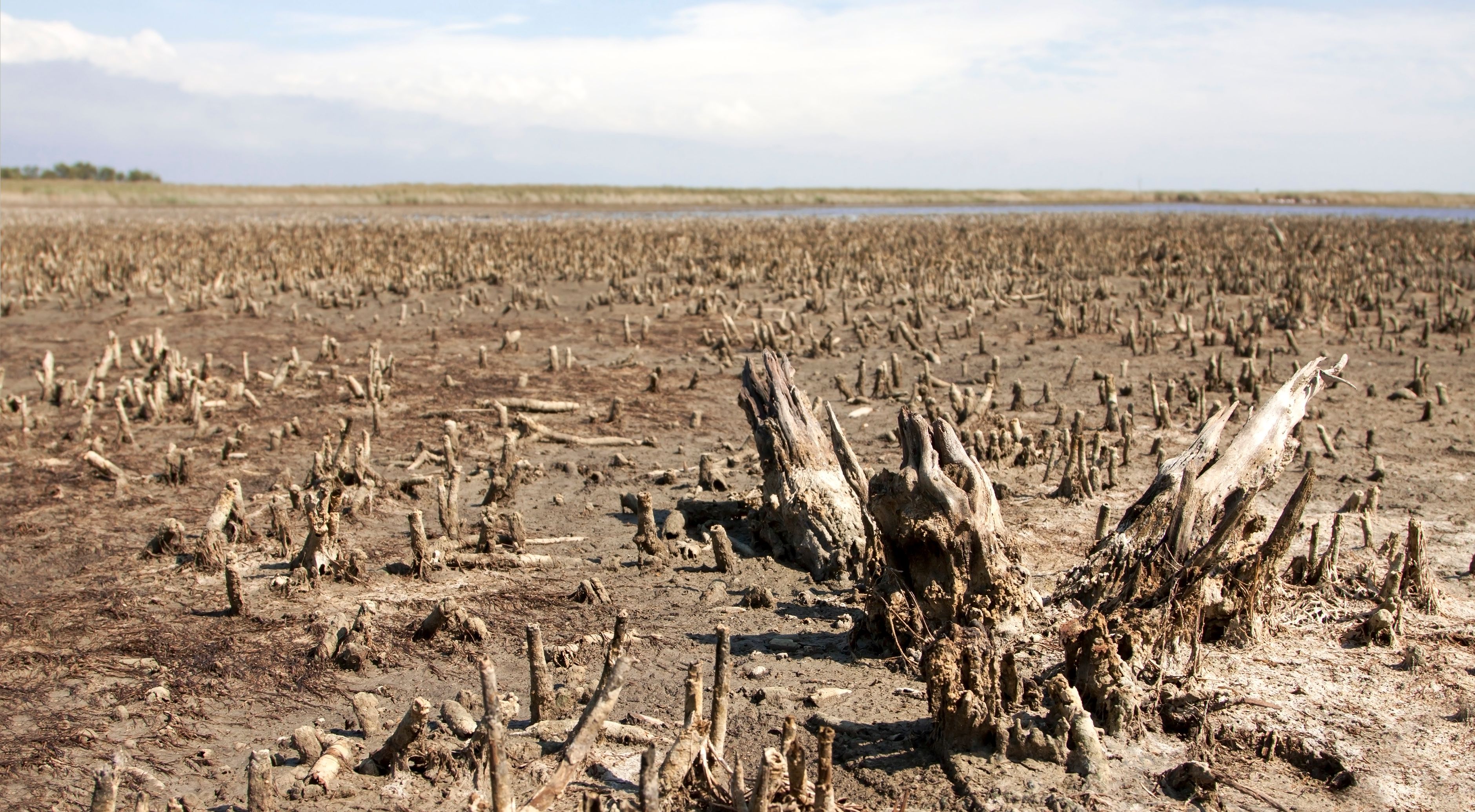 What is Global Warming and What Does It Mean to Our Future?

What is the Definition of Global Warming; what does It Mean for Our Future; what We Can Do about It; and Is there Still Time?

Global warming is one of those words that everyone knows, everyone understands the basic definition of, but very few people understand in any detail. Global warming is both a simple concept — a rise in the average temperature of the Earth’s atmosphere, major water bodies, and land — and, at the same time, an extraordinarily complex derivative of an unknown sequence of variables.

Physics.org published an article by the University of California – Berkeley titled, “How global warming works, in 35 words, or 52 seconds.” The article has a catchy and intriguing title. However, the oversimplification is not only absurdly brief but perpetuates the single most confounding principal of global warming: absorption.

As such, it is easy to understand that, while a rudimentary understanding of global warming is commonplace, any details beyond the notion that global warming is the warming of the globe are not only unknown to most laymen but many scientists as well.

If It Is Not the Atmosphere Absorbing Heat, What is Global Warming?

An even better analogy for greenhouse gases is a filter. Greenhouse gases allow solar energy to pass through, but reflect — and/or refracts — thermal heat.

Solar vs Thermal Energy and Their Roles in Global Warming

The heat from the earth’s surface is overwhelming solar radiation converted into thermal energy. Only a very small portion comes from things like volcanoes, geospatial hotspots, the biological processes of plants and animals, forest fires, etc.

How the Atmosphere Interacts with Solar Radiation and Thermal Infrared

The frequency of the solar radiation from the sun is so high — meaning the waves are so short — that much of it passes by the gas molecules in the Earth’s atmosphere without being reflected or refracted, particularly on clear, cloudless days. Thermal infrared waves, on the other hand, are considerably longer. That means thermal heat is more susceptible to interference from the gas molecules in the atmosphere.

A simile that illustrates the difference between solar radiation and thermal infrared is the difference between a bullet and an arrow. The effect wind has on a bullet is considerably less than it has on an arrow. A longer wave — like an arrow compared to a bullet — means more surface area exposure. The more surface area exposure of heat waves, the more likely it is that the atoms and molecules in the Earth’s atmosphere will collide with and redirect them.

What, Exactly, Greenhouse Gases Do to Solar Radiation and Thermal Infrared

Most of the atoms and molecules light enough to be in a gaseous state at ambient atmosphere temperatures are too simple to affect — reflect or refract — solar radiation to a measurable degree. Oxygen, hydrogen, and nitrogen do very little to slow solar radiation from reaching the earth’s surface. Greenhouse gases, on the other hand, have a much greater tendency to interact with solar radiation and convert it into thermal energy because they are large, complex molecules that pack together tightly, at least relative to other gases.

However, it is not the interaction of greenhouse gases with solar radiation that is creating global warming. Gases in the atmosphere with a high global warming potential, gases like carbon dioxide, ozone and water vapor and methane — the two most terrifying greenhouse gases, — interact with thermal heat at an extremely high rate.

That is to say, again, the short waves and high frequency of solar radiation are not affected by greenhouse gases while the long waves of thermal heat are.

The atoms and molecules in a gas can move past and around one another very easily in relation to those of a solid or liquid.

With respect to greenhouse gases, heat absorption is nothing more than the reflection of heat between the atoms or molecules in the atmosphere. When greenhouse gases “absorb” heat — a.k.a. energy — the heat is not held in place. It is merely bouncing off and between greenhouse gas atoms and molecules.

The reason an understanding of thermal heat absorption is significant with respect to global warming is that the heat continues to move until it finally escapes the maze of reflection created by greenhouse gases. The problem is, the heat does not always escape out of the atmosphere and into space.

Greenhouse gases reflect much of the thermal infrared heat back to earth where it heats the oceans and land. Understanding how greenhouse gases heat the earth is not something that requires a great deal of imagination or technical scientific jargon. In the same manner that putting hot food in Tupperware and putting on a top or lid in order to keep it warm, greenhouse gases keep heat from escaping the atmosphere and out into space.

While the simplicity of the analogy is easy to understand, it is all too appropriate. We are, in fact, going to end up cooking ourselves if the global warming trend continues on its current path.

Consequences of IR Radiation Trapped in Atmosphere by Greenhouse Gases

Even those skeptical of the connection between global warming and the millions of tons of greenhouse gases human activities pump into the atmosphere each year probably find it difficult to deny that the earth is warming. According to the University of Illinois Chemistry Department:

While it is clear that the globe is warming, what is not obvious are the consequences that are sure to come. New York Magazine’s David Wallace-Wells is uninhibited in an article titled, “The Uninhabitable Earth.” According to Wallace-Wells, if the earth increases the much-maligned milestone of two degrees Fahrenheit, mankind will indeed cook.

“In the jungles of Costa Rica, where humidity routinely tops 90 percent, simply moving around outside when it’s over 105 degrees Fahrenheit would be lethal. And the effect would be fast: Within a few hours, a human body would be cooked to death from both inside and out.”

Wallace-Wells goes on to explain that, “It is, I promise, worse than you think. If your anxiety about global warming is dominated by fears of sea-level rise, you are barely scratching the surface of what terrors are possible, even within the lifetime of a teenager today.”

Already, global warming has taken effect and in not-so-subtle ways. For example, the world’s global food bank, a “doomsday” precaution designed to store seeds from different crop plants around the world flooded in 2017. According to The Guardian,

“It was designed as an impregnable deep-freeze to protect the world’s most precious seeds from any global disaster and ensure humanity’s food supply forever. But the Global Seed Vault, buried in a mountain deep inside the Arctic circle, has been breached after global warming produced extraordinary temperatures over the winter, sending meltwater gushing into the entrance tunnel.”

The effects of global warming are far more reaching than the seemingly benign local consequences of severe weather and rising ocean levels. Global warming will kill or permanently diminish the flora and fauna required for humans to survive. Simply put, if the global temperature rises by more than two degrees Celsius, it will lead to a mass extinction according to some scientists.

“The Earth has experienced five mass extinctions before the one we are living through now, each to complete a slate-wiping of the evolutionary record, it functioned as a resetting of the planetary clock, and many climate scientists will tell you they are the best analog for the ecological future we are diving headlong into.”

How Bad is the Global Warming Situation?

The current level of carbon dioxide in the atmosphere is unsustainable.

In an article titled, “Is It Too Late to Avoid the Worst Impacts of Climate Change?” the Geos Institute — a non-profit Oregon-based consulting firm that uses science and computer algorithms to predict the consequences of climate change — reports that, “Experts agree that this level cannot be sustained for many decades without potentially catastrophic consequences.”

What Can Individuals do to Prevent Global Warming

While governments around the world will need to take action to reign in corporate interests with no regard for our future, we — as individuals — have a much greater responsibility. How does every person reduce her or his carbon footprint?

No longer are things like turning off the lights when a room isn’t in use or not leaving the refrigerator door open actionable solutions. Every person must make major changes in their lives to lower carbon-based emissions.

Vehicles are, obviously, the means by which we make the biggest carbon footprint impression. We must all — particularly as Americans — be aware of the fact that our driving habits are anti-environmental. We drive too much for no particular reason. We don’t carpool. Public transportation is both too inconvenient and beneath us. We drive gasoline cars instead of their environmentally friendly counterparts, diesel. Those who do drive vehicles with diesel engines do not optimize them.

It is very simple. If Americans want to reduce emissions dramatically, we must change how often we drive and what we drive. Diesel engines get between 25% and 35% better fuel economy than gasoline engines and pollute between 15% and 25% less. Our obsession with gasoline is something we just cannot afford.