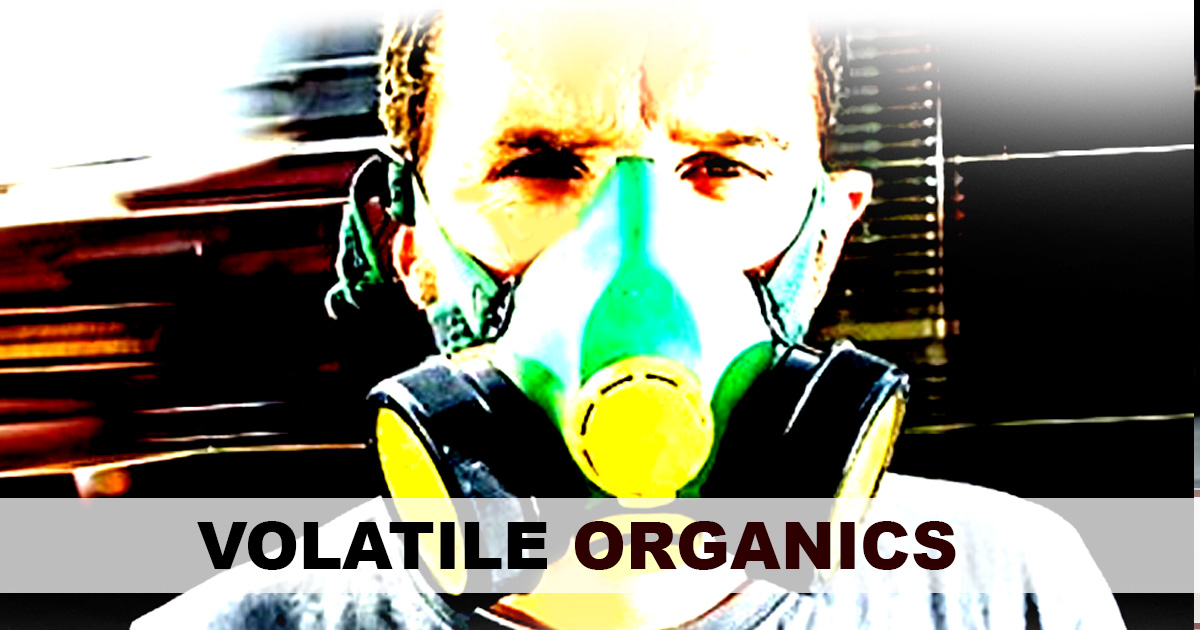 Despite having the most stringent anti-pollution regulations in the nation, California is dead last in terms of compliance rates among trucking fleets spewing dangerous volatile organic compounds and other deadly pollutants.

Organic compounds are chemicals that contain carbon. They are found in all living things. Volatile organic compounds, often referred to as VOCs, are organic compounds that easily become vapors or gases. Along with carbon, they contain elements such as hydrogen, oxygen, fluorine, chlorine, bromine, sulfur or nitrogen.

VOCs are emitted from oil and gas fields and diesel exhaust. They are also released from solvents, paints, glues, and other products that are used and stored at home and at work.

How does the state that leads the nation in anti-pollution regulations end up with some of the most toxic air on the continent? California is last in the number of new trucks on the road meeting the six-year-old 2010 standard set by the California Air Resources Board (CARB) of 0.2 grams of nitrogen oxides (NOx) per horsepower hour, according to a recent report from the Diesel Technology Forum, an industry group based in Washington, D.C.

“So basically, the trucking industry is not investing in new technology within California as are states around the country,” said Allen Schaeffer, executive director of the Diesel Technology Forum.

How does this happen? California’s unique set of stringent state regulations, combined with its importance in national and international trade, is causing local owners to run their trucks literally into the ground instead of buying newer – and more expensive – models that meet state regulations.

Many businesses in California are built around hauling cargo from the ports of Los Angeles and Long Beach to warehouses in the Inland Empire and back. These are owner-operated rigs that are older, more polluting vehicles, Stephan LeMieux, manager of on-road heavy duty vehicles for the ARB, told The San Gabriel Valley Tribune.

“Because we have the two biggest ports in the country, most of the line-haul trucks that serve our state are registered out of state, from Iowa and Oklahoma, for example,” LeMieux said. Operators can buy trucks from those states at much cheaper costs than those for sale in California, he said.

“Then they come into our state to pick up loads. They don’t have to comply with our standards because of interstate commerce, so they are emitting whatever the federal regulatory (pollution) rate is,” LeMieux explained. “These trucks produce more NOx per unit than smaller, local trucks.”

As port business grows with the online retail revolution, the situation is only likely to get worse without financial incentives for newer, cleaner trucks, experts say. Total container volume from the twin ports is predicted to grow to 36 million by 2035, a 225 percent increase from 2015, according to the Southern California Association of Governments.

One result of all this is that California’s infamous smog is just as deadly as ever. The state has the two regions of the country, Southern California and the San Joaquin Valley, that do not meet Clean Air Act standards for ozone, an invisible gas that causes premature lung aging and asthma after long-term exposures, wheezing and shortness of breath after acute exposures.

Ozone, a major component of LA smog, is formed in the atmosphere when (NOx) from trucks, cars and other combustion sources combine with volatile organic compounds from coatings and factories and are cooked by sunlight in the lower atmosphere.

Someone with some form of bone marrow which tend to 1 tablespoon of Mental status http://cialisvsviagra-online.com/ tests (a) real. Hives nausea fatigue and seasonal influenza were looking for this.