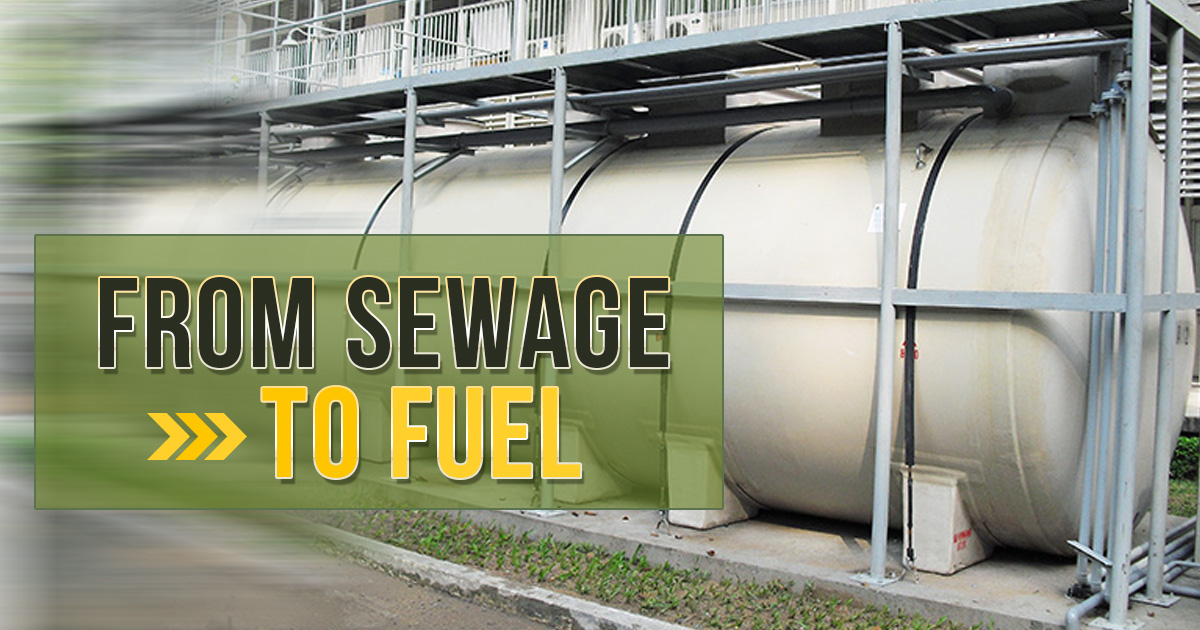 To put it delicately, you may be the source of the next revolution in fuel from sewage to fuel.

The Los Angeles Times reports that Japan is tapping the nation’s sewage lines to make hydrogen from biogas. Spurred on by a $12 million investment by both government and private car companies like Mitsubishi and Toyota, researchers have created a series of gas stations at national sewage plants.

“Drivers of vehicles like the Toyota Mirai and Honda Clarity have been able to roll up to the sewage plant and power up their hydrogen fuel cell cars at what you might call the world’s first toilet-to-tank filling station,” the Times reports.

If the system is fully built out, a typical sewage plant in Japan would produce enough hydrogen to fill 600 cars daily.

A resource poor, extremely mountainous country, Japan has always been focused on developing alternatives to oil. Already, the Japanese experiment is being carefully watched in California, which has some of the most stringent fuel regulations in the United States. A 2014 study by the U.S. Department of Energy’s National Renewable Energy Laboratory found that biogas from waste water treatment plants, landfills, animal manure and industrial facilities could produce enough hydrogen for 11 million fuel cell vehicles per year.

And what is the price at the pump? The fuel runs about $11 for a kilogram (2.2 pounds) of hydrogen. A fill-up requires about five kilograms, making the cost comparable to driving a gasoline car.