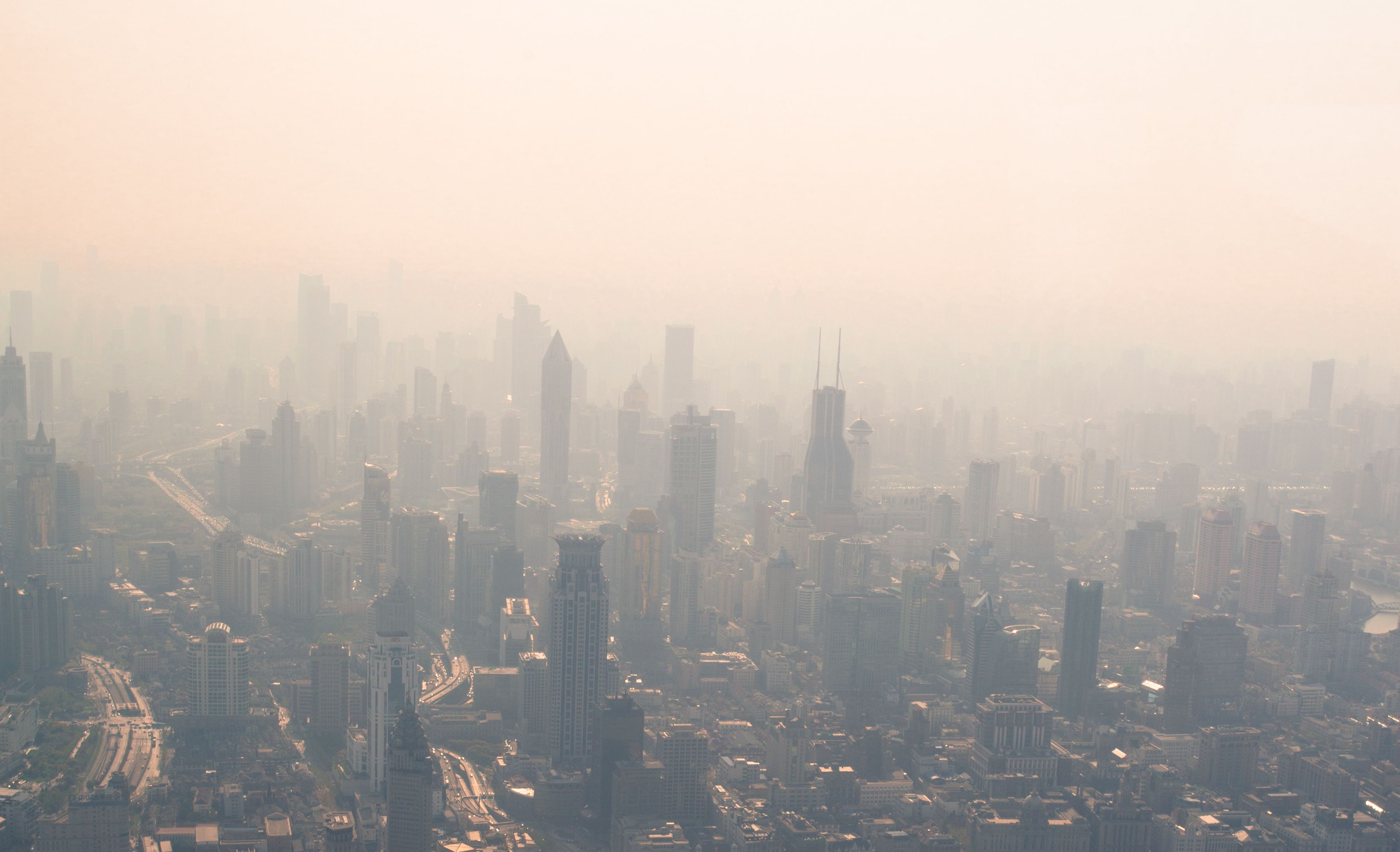 Carbon Dioxide Emissions by Country: Who Produces the Most CO2?

In 2017, carbon dioxide around the world hit record highs. According to the International Energy Agency, “Global energy-related carbon emissions rose to a historic high of 32.5 gigatons last year, after three years of being flat, due to higher energy demand and the slowing of energy efficiency improvements, the International Energy Agency (IEA) said.”

The IEA report broke those numbers down by explaining, “The increase is the equivalent of adding 170 million cars to the road.” According to the Scientific American, China and Asia were responsible for two-thirds of the increase. The European Union was responsible for the majority of the remaining increase in CO2 emissions.

The United States, on the other hand, “posted the largest year-over-year decline in carbon emissions of any advanced economy. The decline was all the more notable given President Trump’s outspoken opposition to global attempts to curb greenhouse gas emissions and his plans to withdraw from the Paris deal.”

The United States is Certainly Not the Biggest Problem

People around the world, especially Americans, are often under the assumption that the United States is the world’s biggest polluter. Unquestionably, the United States is a major contributor to the world’s CO2  and greenhouse gas crisis. But the notion that the U.S. is the single biggest problem — or that it is trending to become the biggest contributor to the greenhouse gas crisis — is a stance ignorant to the realities of the current situation.

The United States consumes more gasoline than any country on Earth. And, China is a very close second. India is third and the Russian Federation rounds out the top five. However, by no standard is the United States the biggest polluter in the world: not by total emissions — including carbon dioxide; — not by geographic area; and not per capita.

And the reason? Coal. Last year China was responsible for 49% of the world’s coal consumption. The United States came in a distant second at 11%.

And with respect to oil consumption, the United States’ annual rate of oil consumption is just slightly higher than it was 45 years ago in 1973. And while emissions were not tracked to the extent they are now, it is assumed that the U.S. actually produces less pollution than in the past.

World’s Biggest CO2 Polluters and According to What Measure

The world’s third largest producer of CO2 — India — generates 2,000 million metric tons annually. But, India only has a geographic area of 2 million square miles. China and the United States both have an area of roughly 6 million square miles. Though the United States is three times as large as India, it only produces two and a half times the amount of carbon dioxide.

As such, it is fair to assume the United States is far more environmentally conscious than both China and India. And, it is equally fair to assume that — given India’s and China’s astronomical population explosion over the last five decades, — as the two country’s population majority industrializes, emissions levels will continue to rise regardless of what the rest of the world manages to accomplish.

The following 10 countries produce more emissions pollution than any others and the top 3 generate more than all the other countries in the world combined.

Of all global emissions, China produces a shocking 27%. China accounts for 3.22% of the world’s industry-related emission, 1.6% of the agricultural emission, and 0.45% of the world’s waste emissions. However, of all the energy emissions produced — the majority of which is from the burning of coal to power electric plants, heating, and automobiles — China is responsible for 21.6% of what the world produces.

What makes those numbers even more staggering is the fact that China’s landmass only accounts for 6.3% of the total and China’s population — while larger than North and South America, Western Europe, Australia, and New Zealand combined — only accounts for 20% of the world’s total.

Russia has the largest landmass of any country in the world. It is 60% larger than China, Canada, and the United States, all of which are almost exactly the same size. Yet, Russia’s population only constitutes less than 2% of the total population of the world. Of all the emissions produced in the world, Russia produces 5%.

Though it only constitutes 1% of the world’s landmass, it has 3.5% of its population total. At this point, Indonesia is producing 1.7% of the world’s greenhouse gas emissions.

A massive country the size of the United States and China, Canada’s population only constitutes less than one-half a percent of the world’s total. Canada generates 1.69% of the world’s emissions.

Geographically, Mexico is the 13th largest country in the world, roughly 20% as large as the U.S., Canada, and China. However, Mexico constitutes 1.71% of the world’s total population and 1.68% of the world’s greenhouse gas emissions.

A noticeable trend with respect to the countries on this list is that the higher up on the list a country is, the greater percentage of its greenhouse gas emissions are a product of energy: electric plants, heating, and automobiles. The lower on the list is, the greater odds that a country’s greenhouse gas emissions are the byproduct of agricultural processes.

Also of note, a larger population does not necessarily mean a country pollutes more on a per-capita scale. In fact, none of the most polluting countries in the world are on the list of greatest per-capita polluters with the exception of the United States which is 10th.

Countries that Pollute the Most Per-Capita

Tallying the sum of the tons of CO2 by a country alone does not tell the whole story.

There are other factors that determine just how big a polluter a country is. The geographic area of a country also plays a role. Small countries that contribute equal or larger sums of carbon dioxide than larger countries are bigger polluters, at least proportionately. Population is another factor. A country with a large population that pollutes to the same degree as a smaller country can be said to be more environmentally friendly.

The countries that pollute the most per capita are among the smallest countries in the world with the exception of the United States.

The richest country on the planet, Qatar is not particularly environmentally conscious. According to the Telegraph, no country on earth, “belches out more CO2 per capita, 35.73 tons, than,” Qatar. And it isn’t only Qatar’s carbon dioxide emissions that are concerning. Qatar’s is doing — and has done — more damage to the environment than almost any country in the world.

According to EcoMENA, “Qatar’s footprint, measured in global hectares (gha), is 8.5 – the second highest in the world, but down from 11.6 in the 2012 report. Only Kuwait fared worse, with a footprint of over 10gha. According to the WWF report, if all people on the planet had the footprint of the average resident of Qatar, we would need 4.8 planets.”

A small Caribbean island near Aruba, Curacao’s population of 160,000 people pollutes twice as much as U.S. citizens, over 30 tons per person annually. Curacao’s oil refinery pollutes to the point that the island — which is only 40 miles long and less than half that in width — is number two on the International Energy Agency’s highest polluting countries per capitalist.

To be fair to the people of Curacao, however, the oil refinery is privately owned by Royal Dutch Shell.

A tiny country the size of West Virginia, Latvia has a population the size of Houston, Texas. Latvia is a country with an economy that is almost entirely based on heavy industry. “Many of the country’s environmental problems can be traced back to the days when Latvia was part of the Soviet Union. Soviet leaders were interested in building factories and plants that specializes in heavy industry. The factories and plants that were built generated high levels of pollution in Latvia’s air and water sources. To this day, many of Latvia’s industrial centers still operate under the former Soviet policies.”

Located between Qatar and Saudi Arabia, Bahrain is a small island of 295 square miles, less than a third of the size of Rhode Island. It is also the 15th richest country in the world with an economy that is growing faster than almost any other on earth. With the crude oil of its own, its own oil refineries, and its own military, Bahrain also has the special distinction of being the 4th most polluting country in the world per-capita.

The eighth richest country on the planet, the United Arab Emirates is fifth on the list of most polluting countries per capita. Per person, the UAE’s refineries pump out 19.31 tons of carbon dioxide annually.

While it is tempting to claim that the United States, China, India, the European Union, and Russia are the biggest polluters in the world, that is not necessarily the case. Obviously, smaller countries are not going to pollute as much as larger countries on a volume scale. However, many of the smaller countries around the world are contributing a disproportionately large sum of greenhouse gases into the atmosphere on both population and country-size scales.

While the United States must begin reducing the number of emissions it pumps into the atmosphere annually, countries with emissions rates that are climbing uncontrollably and countries that pollute disproportionately should be the biggest concern for the immediate future.