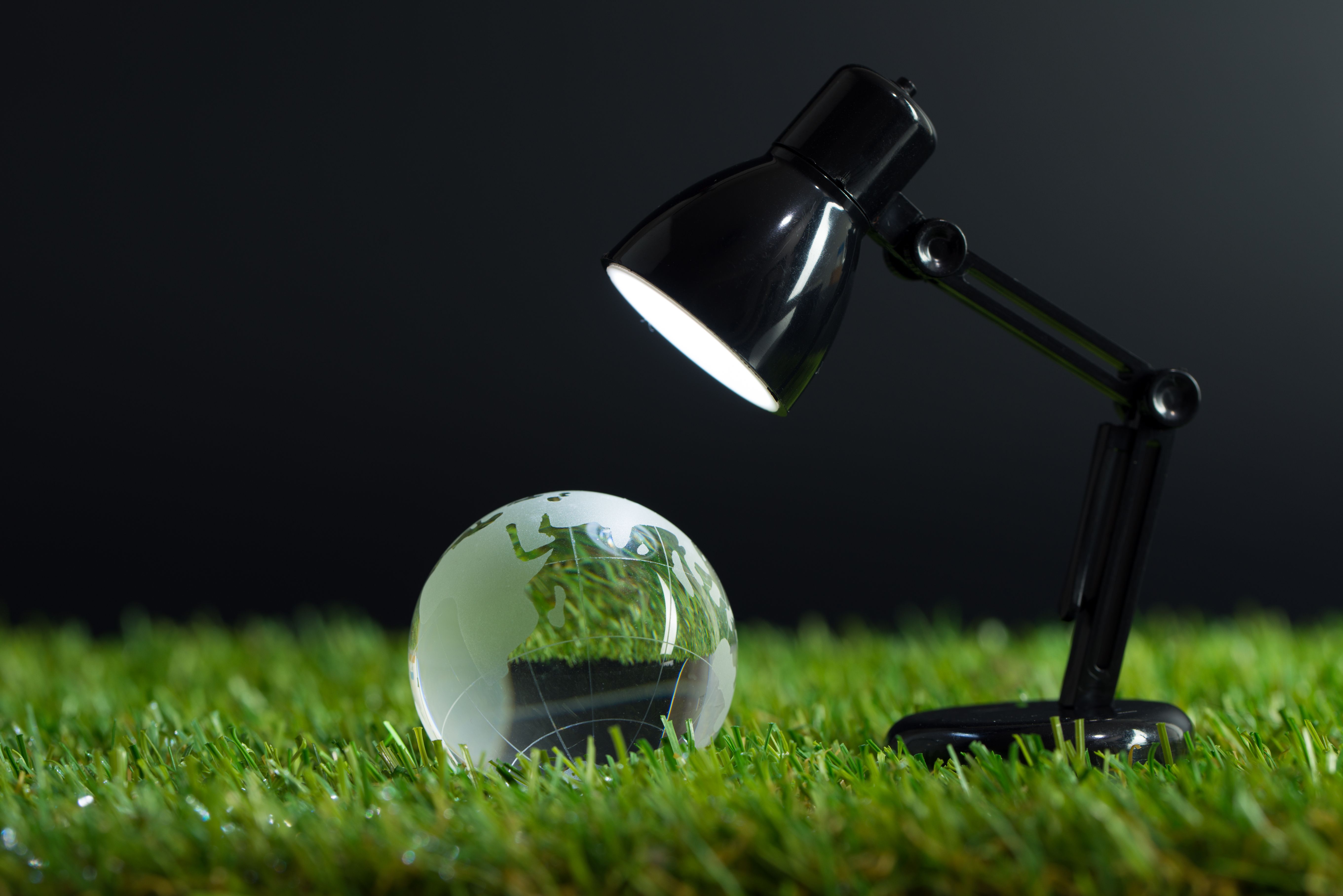 Why Heating Oil Not the Universal Favorite

While not always the case, transportation costs are the reason natural gas is often cheaper than fuel oil, particularly for people who live in the Southwest, the Rocky Mountains, and other states in the West. And, the same can be said for areas around coal mines. In some cases, propane is less expensive as well.

However, the price of a fuel does not necessarily mean it is less expensive to heat a home with coal, natural gas, or propane. It only means that a fuel is  — currently — less expensive in certain parts of the country.

Fuel price does not determine the total cost of heating a home.

If the total costs and fuel availability of heating a home, building, or complex were the only factors determining which fuel type individuals and companies use to fire boilers and furnaces, heating oil would likely be the most popular fuel type.

The fact is, however, heating oil is clean, safe, and extremely efficient. Not only is heating oil the fossil fuel with the highest energy density, today’s technologies make it one of the most environmentally conscious choices as well. The same can not be said for “natural” gas, which is simply methane with a fancy marketing name, a fuel that is under heavy fire for its impact on the environment.

As with all fossil fuels, there are pros and cons to using heating oil. But, in relation to another home, building, and facilities heating fuels, heating oil is not only the most economical choice but also the most environmentally responsible choice.

Even with government subsidies and a massive supply — a supply that resulted from advancements in hydrofracking technologies and massive amounts of drilling since the 2000s — it is still more expensive to fuel a home, building or complex with natural gas. In relation to propane, heating oil is considerably less expensive.

Again, if a particular fuel were the only consideration to take into account, natural gas may be the right choice. However, it isn’t. Genesee Energy, a company that distributes both natural gas and propane as well as fuel oil, is not convinced there are any savings associated with using natural gas to heat a home, building, or complex — and certainly none with respect to propane.

“For an average home in an average year in Seattle, people who use oil heat spend about $600 per year more on heating bills than people who heat with natural gas. The cost of a new natural gas furnace is about $7,000. In addition to the furnace, often people have to pay the gas company for the gas line outside the house, which can be $10,000 or more.

With these expenses, in order to start saving $600 per year, it will take about 12 – 28 years. In addition to that, gas furnaces have a lifespan of about 12 – 15 years, once you get close to saving money on yearly heat bills, you’ll need to buy a new gas furnace. As you can see, it is not always the best economic choice to switch from a heating oil furnace to a natural gas natural gas furnace.”

While there is considerable debate about which fuel is actually less expensive, there is no question with regard to which heating systems are less expensive. According to Presidential Heating and Air, a company that retails both gas and fuel oil furnaces, “Oil furnaces are also typically more affordable than comparable natural gas furnaces. The equipment itself and the cost of installation is typically lower by as much as 25% when compared to a natural gas furnace.”

In addition to being less expensive to purchase and install, fuel oil furnaces are a better value over the long term as they last longer, considerably longer. MaineEnergyFacts.com explains, “Dollar for dollar, state-of-the-art modern oil boilers, and furnaces are your best value. They are robust, dependable, durable, easy to maintain and repair, have many interchangeable parts, and best of all, they’re super-efficient, with efficiency ratings at 95%.

Plus, the average life expectancy of an oil heat appliance is about 30 years when properly maintained, over double that of the 11-14 years promised for natural gas furnaces.”

Whether intentional or not, the natural gas industry made comparing the price of natural gas prices to those of other fossil fuels tremendously difficult. Natural gas is sold in cubic feet or meters as opposed to gallons. It may seem that comparing fuel prices using volume as the unit of measure is like comparing apples and oranges. After all, natural gas is a gas and fuel oil is a liquid. And, to some degree that is true.

However, there are two problems with making the argument that the price of fuel oil and natural gas cannot be compared accurately. First of all, propane — which is also a gas — is sold in gallons. Furthermore, both cubic feet and gallons are both volume measurements.

Natural gas — which is, again, methane gas along with some value-less contaminants — is the only fossil fuel gas sold in units of cubic feet. All others are sold in units of gallons or liters just like liquid fuels.

Admittedly, Wikipedia is not an academic source. But, the Gasoline gallon equivalent page does explain the significance of the Btu discrepancy per gallon well, “Unpressurized natural gas takes approx 127 ft3 for each GGE, which means it is 1,000 TIMES LESS (Approximately 1,000 gallons of liquid in 127 cubic feet) energy dense than gasoline! With such low energy density relative to gasoline, CNG vehicles would be completely untenable, as one would need to tow a small blimp of natural gas behind your car.”

Again, however, it is misleading to use a cubic-foot-to-gallon conversion when comparing natural gas and fuel oil because the numbers are not completely accurate. Instead, a better comparison to make is the cost of Btu within each fuel. As a British Thermal Unit is a relatively small sum of energy — the amount required to raise one liter of water by one-degree Fahrenheit — price comparisons are made with respect to million Btu sold.

Anyone who follows fossil fuels at the pump knows that the price of gasoline, diesel, and biofuels fluctuate wildly from year to year. Gas fossil fuels do the same. The current price of heating oil as of February 12, 2018, is 1.77 per gallon. No. 6 Fuel Oil 149,690 equals 6.6666 gallons per million Btu. That means per million Btu, fuel oil costs $11.79.

But, there is more to the story than Btu price

Again, comparing the costs, efficiency, and emissions of boiler and furnace fuels is a difficult task because there is not a standard measurement that makes it possible to make an apples-to-apples discrimination across the board with respect to fossil fuels.

Of all fossil fuels, only anthracite coal and kerosene have higher fuel densities than does fuel oil.

The fuel density of heating oil is higher than that of both diesel and jet fuel. Heating oil has a higher energy density than the vast majority of gases as well as gasoline and propane. With respect to low-density fuels like natural gas (methane) and ethanol, heating oil is substantially more productive.

The biggest issue with heating oil, however, is the fact that harnessing the entirety of its fuel potential can be difficult.

Low energy density fuels like natural gas are analogous to kindling. They are extremely homogenous which means the few carbon and hydrogen atoms they do have are evenly distributed and readily available for oxygenation. Fuels high in energy density, on the other hand — especially fossil fuels like #6 diesel and kerosene — are a heterogeneous mixture.

The carbon and hydrogen molecules in energy-rich fuels are high in number and tend to cluster together. In the same manner that a log is much harder to light on fire than kindling, the fuel molecules in a cluster do not combust as efficiently as those in low energy density fuels. Because they are clustered together, the molecules in high-density fuels have limited exposure to oxygen as a result of decreased surface area.

The Rentar Fuel Catalyst produces a homogenous mixture of high energy dense fuels like fuel oil and diesel. Fuel clusters are the consequence of polarization. The charges of carbon and hydrogen atoms mean they cluster together. The noble metal catalysts in the Rentar neutralize the charge and the fuel molecules drift apart. Once separated, the individual molecules have an exposed surface area which increases their odds of oxygenizing.

The Rentar Fuel Catalyst — both in lab and field studies — have increased boiler and furnace fuel oil combustion efficiency by up to 30 percent. As important as the cost savings, the Rentar also reduces black smoke by 44 percent and greenhouse gas emissions — CO, NO, NOx, and SO2 — by up to 19.2. Maybe most important of all, the Rentar reduces cancer-causing volatile organics like acetone, acetaldehydes, benzene, ethylbenzene, toluene, 1, 2, 3, trimethylbenzene, and xylenes anywhere from 16 to 58.7 percent.

In other words, the Rentar Fuel Catalyst can change the complexion of fuel oil — by reducing the few cons — dramatically.