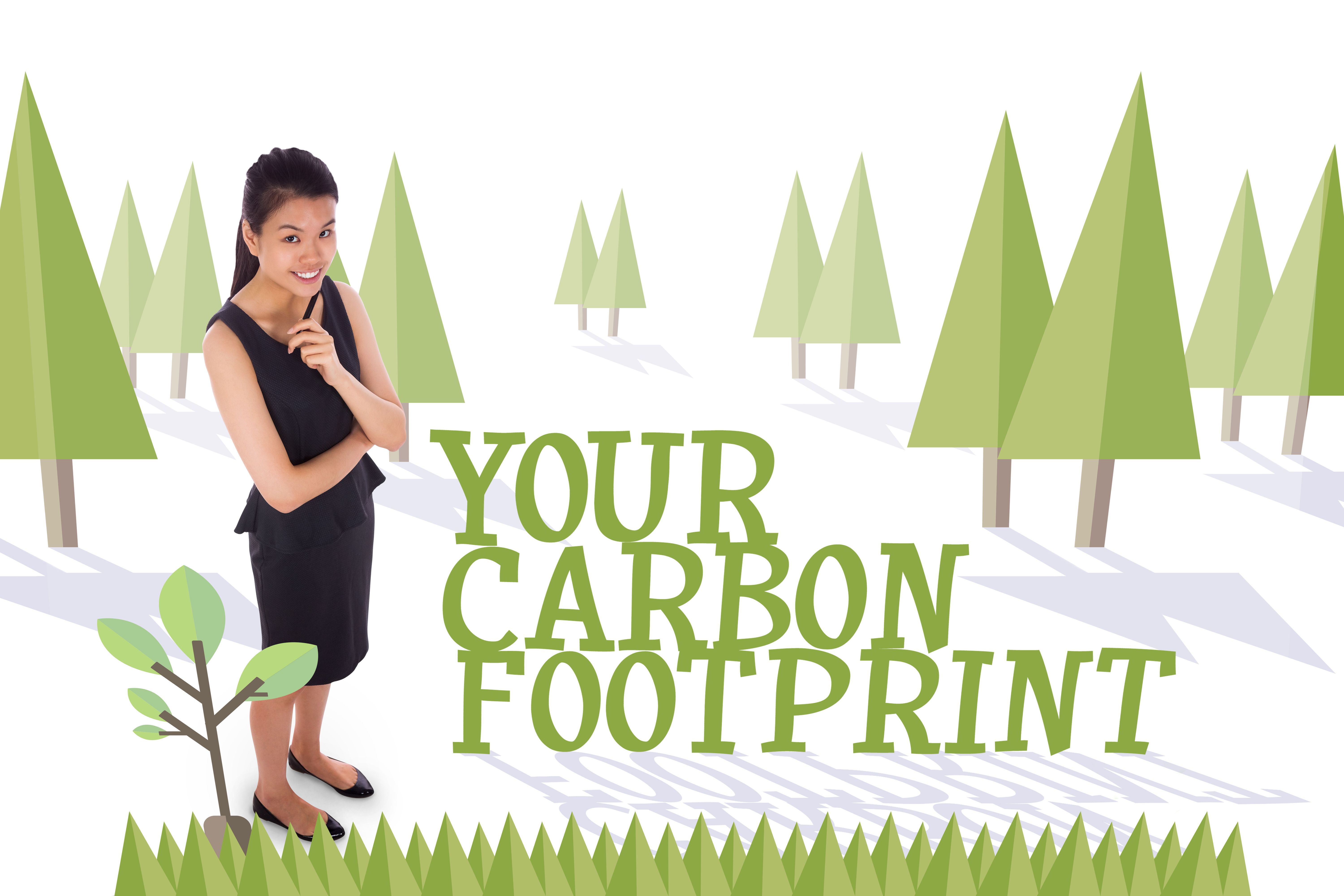 But, the lazy reading and reporting of fossil fuel lifecycle emissions data and information lead people to make those very assumptions and arguments. To be fair, however, believing combustion emissions constitute the majority of fuel emissions is intuitive.

Even more, understanding the carbon footprint of a fuel is an extremely taxing endeavor.

What is a Carbon Footprint?

The omnipresence of a carbon footprint is too large and vast to comprehend.

However, that does not mean there is no value in calculating the impact of human activities to the greatest degree possible. There is, in fact, great value in determining what stages of a fossil fuel life cycle result in pollution and how much pollution. It is also critical to know what the consequences are from the pollution produced at each particular stage.

For example, if a biofuel produces 10 percent fewer greenhouse gases during combustion, but the land use change, cultivation, transport, conversion, transport, and distribution of a biofuel produces 20 percent more emissions than that of a pure fossil fuel, the overall carbon footprint of the biofuel may be greater than that of untreated fossil fuel.

In order to determine the total environmental impact of a fuel, the fuel’s entire life cycle must be taken into account.

Liquid, gas, and solid fuels all have life cycles. For example, the life cycle of liquid fossil fuels is called well-to-wake and includes extraction, transport, refining, transport, distribution, and combustion. For coal, the life cycle has fewer steps, but the combustion emissions are higher unless technological measure — the implementation of scrubbers on smokestacks, for example — are taken.

During every fuel’s life cycle, emissions are produced at every stage. It is only by accounting for the greenhouse emissions produced at each stage that a complete(er) picture of the carbon footprint of a fuel is possible.

The number of variables is not the issue. The fact that every gallon or ton of a fuel has different values for each variable is the problem. Methane emissions are an issue at every mine and every wellhead. But, the amount of methane emitted varies from mine to mine and wellhead to wellhead. Fuel must be transported to refineries and conversion plants. But, the distances vary greatly, therefore, so do the sum of emissions generated vary greatly.

It is exponentially easier to simply calculate the emissions produced from the combustion of a fuel; compare the parts-per-million sums, and label a fuel clean or dirty depending on how that fuel ranks in respect to combustion emissions pollution.

But again, doing so is of very little value. To understand the carbon footprint of a fuel, it is — without question — absolutely essential to consider the entire life cycle of a fuel.

Heating oil is, in fact, a distillate fuel in most cases, a No. 3 – No. 6 diesel fuel. Residual oil — also known as bunker fuel — can also be used to fire furnaces, but it is so energy rich that it requires a special combustion process to burn cleanly.

Heating oil, with respect to combustion emissions, is one of the least environmentally friendly fossil fuels. But, it also has the greatest energy density of all fossil fuels with the exception of anthracite coal. The reason heating oil has such an exceptionally high energy density is because it is made of a large number of large hydrocarbon molecules. But, that is also the reason it has a tendency to burn dirty.

Furnaces that do not combust efficiently allow a large percentage of the fuel molecules to burn incompletely or escape out the flue completely untouched. That leads to not only black smoke, but greenhouse gases as well as volatile organics and cancer-causing chemical compounds. But, with the right furnace technology, fuel oil can burn much cleaner than wood and coal and produce far more energy on a volume or weight scale than even the most energy-dense gas fuels.

Like motor oil, gasoline, jet fuel and dozens of other hydrocarbon distillates, fuel oil is a product of crude oil. With respect to large hydrocarbon molecules, fuel oil is extremely rich. That means it is very stable, stability referring to volatility and evaporation rates. While other fossil fuels combust easily and evaporate quickly, fuel oil evaporation rates are extremely slow when compared to many other fossil fuels.

As a result, the majority of the emissions from fuel oil occur — again — during combustion. That means that with the exception of the methane — natural gas — and other gas fossil fuels that escape into the air as fugitive gases during drilling and extraction, fuel oil has a relatively low carbon footprint until combustion.

High-grade diesel, No. 1 and No. 2 are also distillate fuels derived from crude oil. Diesel too is extremely rich with respect to fuel density. It is composed of dozens of different large molecule hydrocarbons. It is stable and does not evaporate quickly. That means that during the lifecycle of diesel, it too makes the biggest environmental impact during combustion.

Compared to fuel oil and diesel, gasoline is an unstable fuel that evaporates quickly and is not as potent with respect to energy density. As a result of its natural state, gasoline makes a much larger impact on the environment during the initial stages of its life cycle than does its crude oil counterparts.

Non-polar molecules are extremely valuable with respect to combustion efficiency. One of the reasons that fuel oil and diesel do not burn as efficiently as other fuels is because the large hydrocarbons in them tend to cluster together because of the fact they carry a charge. Hydrocarbons that are clustered together do no oxygenate well. That means they do not combust completely.

But, non-polar molecules are negative in one respect, they evaporate easily. “All liquids can evaporate at room temperature. Petrol, or gasoline, evaporates faster than most liquids because of its weak intermolecular attractions. Petrol is a mixture of hydrocarbons with the main constituent being octane, C8H18. Octane is a non-polar molecule. The only intermolecular attractions it has are weak London dispersion forces. The molecules have a range of kinetic energies, and those with the most kinetic energy escape at the surface and enter the gas phase.

In comparison, water evaporates more slowly than petrol. That’s because water molecules have hydrogen bonding which is a strong intermolecular attraction. Water molecules require more energy than gas molecules to overcome their attraction to other molecules at the surface.”

Hydrocarbon evaporation is pollution. That means to determine the entire carbon footprint of gasoline, its impact on the environment at the beginning of its life cycle must be taken into consideration to a much bigger degree than that of stable fossil fuels.

Of all fossil fuels, natural gas may have the biggest impact on the environment with respect to emissions throughout its entire lifecycle. While stable fuels do very little to impact the environment until combustion, natural gas — aka, methane — has almost an immediate impact. From the moment drilling begins, fugitive methane gas begins to escape into the air.

Fugitive methane gas is a substantial problem considering methane has a global warming potential that is 25 times greater than that of carbon dioxide, “Methane (CH4) has 25 times the ability of carbon dioxide (CO2) to trap heat in the atmosphere over a 100 -year time period.”

While there is no means by which to account for how much methane gas escapes into the air as fugitive methane. Lisa Hanle of the Greenhouse Gas Management Institute explains,

“The uncertainty surrounding estimates of methane (CH4) from the oil and natural gas industry is troubling. For it prevents us from being able to answer key GHG management questions, such as: How much does it actually help to switch from coal to natural gas? How do we track a progress towards a nationally determined contribution (NDC) under the Paris Agreement?”

Even though it is not possible to be completely accurate with respect to the amount of fugitive gas that escapes into the air each year, it is becoming increasingly possible to make accurate estimates. Of all the methane gas drawn from a well, between 10 and 15 percent is lost as fugitive gas in developed countries. In developing countries, that number is thought to be considerably higher.

Because natural gas is so difficult to capture and store and because it is so detrimental to the atmosphere when it does escape as fugitive gas, to call methane a “clean” fossil fuel is misleading at best.

Methane and other gases escape as a fugitive gas during the mining of coal. That means coal produces a carbon footprint when mined. But, coal is the most stable of fossil fuels. That means coal does not evaporate, at all. Once mined, coal produces virtually no carbon footprint itself, though the transportation and staging of coal typically require the combustion of another fossil fuel.

The combustion of coal is a very inefficient and polluting process. The technology to burn coal completely simply does not yet exist. That is to say, coal combustion pollutes because we’ve yet to develop the technology required to burn the large hydrocarbons inherent in coal with complete efficiency.

Until we have the technology to burn coal completely and harness all the power in coal, it will continue to generate a massive carbon footprint. According to the World Nuclear Association,

“Coal is an extremely important fuel and will remain so. Some 23% of primary energy needs are met by coal and 39% of electricity is generated from coal. About 70% of world steel production depends on coal feedstock. Coal is the world’s most abundant and widely distributed fossil fuel source.

The International Energy Agency (IEA) expects a 43% increase in its use from 2000 to 2020.However, burning coal produces almost 14 billion tonnes of carbon dioxide each year which is released to the atmosphere, most of this being from power generation.”

In the future, coal may once again become the most valuable fossil fuel because of its tremendous fuel density. However, until the right technologies are developed, it is a much safer bet to move away from the combustion of coal.

With diesel, evaporation is not a big issue. Nor are fugitive leaks. The problem with diesel is the same issue we have with coal, incomplete combustion. But unlike the case with coal, there are means by which we can increase the combustion efficiency of diesel.

More important than the monetary savings, however, the Rentar reduces greenhouse gas emissions by up to 19.2 percent. The Rentar eliminates black smoke by 44 percent. Particulate matter also drops by greater than 19 percent. The Rentar Fuel Catalyst reduces elemental and organic carbons and cancer-causing volatile organics by between 16.7 and 58.7 percent.

The Rentar Fuel Catalyst is a leap in the right direction with respect to reducing diesel hydrocarbon emissions pollution.