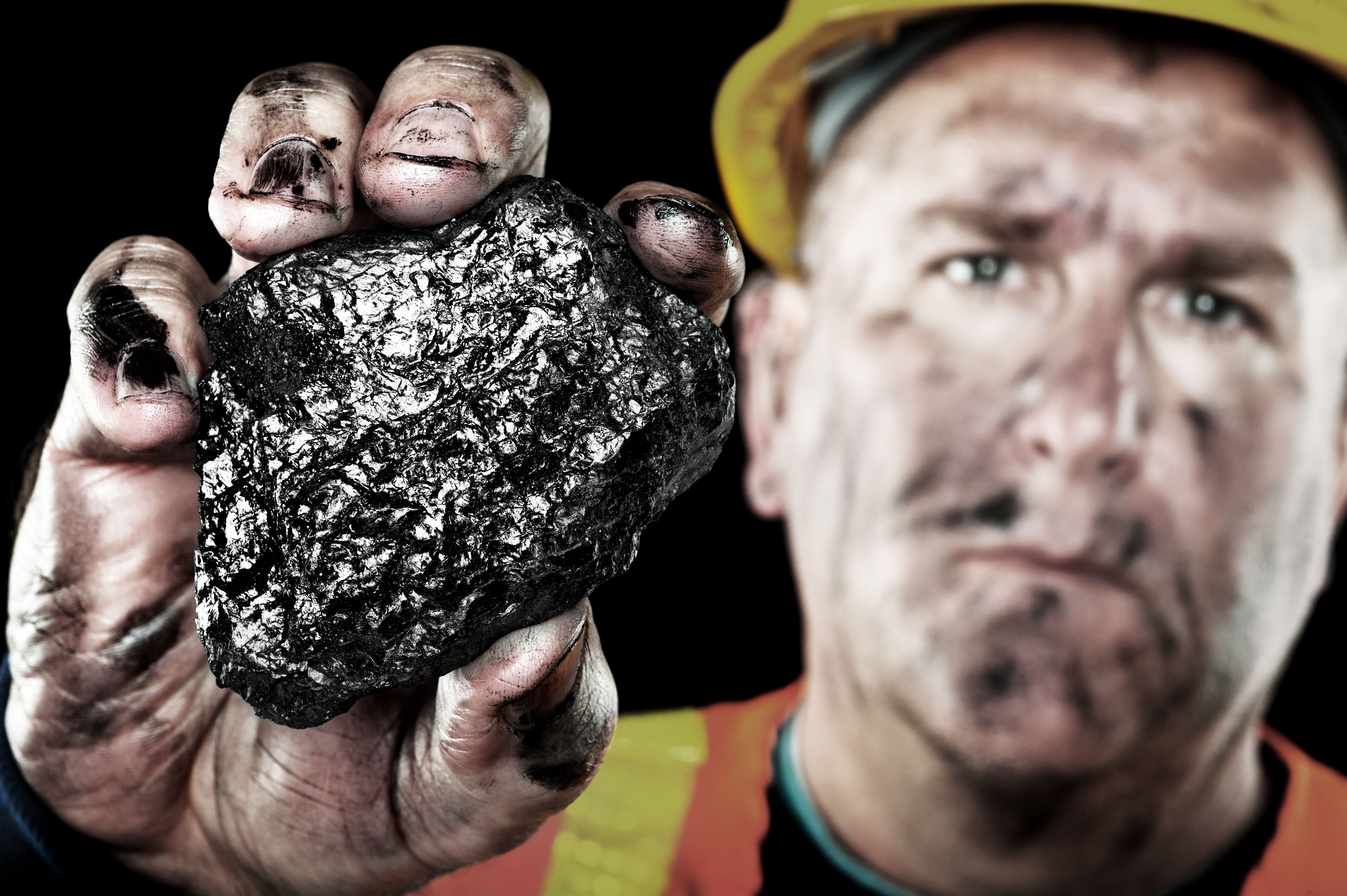 Which Fossil Fuel Pollutes the Least?

Which fossil fuel pollutes the least depends on what stage of the fuel’s lifecycle is in question.

Pollution and the Lifecycle of Fossil Fuels

Another example of pollution during the extraction state is the mining of coal. Coal mining does tremendous damage to a local environment. Deforestation, the contamination of both surface and groundwater, and the desecration of wildlife habitats are just a few of the impacts the mining of coal can have on an area. And, in many cases, it is almost impossible to account for all the repercussions of an open pit coal mine.

While it can be difficult to determine which of the fossil fuels pollute the least during the extraction stage, it certainly is not difficult to determine which pollutes the most. Regardless of whether or not a coal mining operation is an above-ground, open pit mine or tunnels, the pollution generated by coal mining — in a localized area — exceeds that of all other fossil fuels.

Much of the environmental impact of a coal mine is obvious, particularly with respect to open pit coal mines. Open pit mines deforest large tracts of land. They destroy plant and animal habitat. Open pit mines contaminate lakes, rivers, streams, and aquifers. Moreover what happens to land and water is not the whole story. Coal mines, both open pit, and tunnel release tremendous amounts of particulate matter and fugitive gas into the atmosphere.

In addition to dust generated mine operators clear land and begin moving heavy equipment across it, “gases including methane (CH4), sulfur dioxide (SO2), and oxides of nitrogen (NOx), as well as carbon monoxide (CO),” Methane is the second most abundant greenhouse gas in the atmosphere, first being carbon dioxide. But methane has a global warming potential that is 80 times that of carbon dioxide over a 20-year span. Over 100 years, the global warming potential of methane is 21 times that of carbon dioxide.

Sulfur dioxide is the primary component of acid rain. According to the Canadian Center for Occupational Health and Safety, if large quantities are inhaled, sulfur dioxide is, “VERY TOXIC, can cause death. Can cause severe irritation of the nose and throat. At high concentrations: can cause life-threatening accumulation of fluid in the lungs (pulmonary edema). Symptoms may include coughing, shortness of breath, difficulty breathing and tightness in the chest.”

Oxides of nitrogen are also extremely dangerous. Some are greenhouse gases, and some contribute to acid rain. Nitrous oxide, for example, has a global warming potential that is 256 times that of carbon dioxide.

However, coal mining is not the only culprit. Oil and natural gas wells also release methane, sulfur dioxide, and oxides of nitrogen. In fact, natural gas wells release tremendous amounts of gas into the atmosphere.

It is believed that, in the United States alone, 2.5 percent of all the natural gas brought to the surface is lost as fugitive gas. Let alone that methane has 80 times the potency of carbon dioxide, that is a financial loss of more than $2 billion annually. Another problem with methane is that is colorless and odorless. In other words, humans cannot detect methane. So, “So when about 100,000 tons billowed out of a natural-gas system in Aliso Canyon, Los Angeles, over 112 days last winter, it drew relatively little media attention—even though it forced the evacuation of thousands of homes and the plume was big enough to be detectable from space.”

But methane and other gas-state fossil fuels do not only come from natural gas wells. Oil wells generate tremendous amounts of fugitive gas as well. So much gas-state fossil fuels come out of oil wells that most of the time it is simply burned off in gas stacks. However, a large amount also escapes into the air as fugitive gas. And the fugitive gas does not only leak out of active wells. In the North Sea alone, “[A] study published in the Environmental Science and Technology journal revealed that one-third of the North Sea region’s disused wells could be releasing between 3,000 and 17,000 tons of methane into the water annually.”

Pollution Generated by the Combustion of Fossil Fuels

Gas-state fossil fuel powered vehicles have proven to be far too low in energy density to serve as transportation fuels. While there have been attempts to market propane as a transportation fuel, the size of the tanks required to travel even moderate distances make propane unviable as a transportation fuel. Additionally, the energy found in a gallon of propane is so low that pulling a load using a propane powered engine simply is not an option. Furthermore, gas-state fuels have no lubricating qualities, so the life expectancy of an engine powered by propane is considerably lower than that of a gasoline engine and exponentially lower than that of a gasoline engine.

But propane and natural gas serve well as home and building heating fuels. Gas-state fuels do produce considerably less carbon dioxide than liquid and solid-state fossil fuels. According to the Environmental Protection Agency, coal produces anywhere from 214 pounds of CO2 to 229 pounds of carbon dioxide per million British Thermal Units (Btu), depending on the type. Gasoline and diesel produce 157 and 161, respectively. Propane produces only 139 pounds per million Btu. Natural gas produces only 117.

And unlike coal, gasoline, and diesel, gas-state fossil fuels produce almost no particulate matter. But, on a ratio scale, propane and natural gas produce comparable amounts of nitrogen dioxide as gasoline and diesel. The sulfur content of natural gas and propane is 1 percent of that of coal.

Again, the biggest problem with propane and natural gas is the damage they do to the environment and atmosphere in their natural states.

A major shift is occurring with respect the how many people think about gasoline vs diesel emissions, how scientists believe they compare. Traditionally, diesel was the dirtier fuel. Sulfur oxides, particulate matter — black smoke, — and nitrogen oxides were the three biggest issues with diesel emissions. However, advancements in diesel engine technology and crude oil refining have to change the emissions landscape entirely.

One of the biggest falsehoods surrounding the diesel vs gasoline emissions debate is the notion that diesel emits more carbon dioxide than gasoline when combusted. “Which produces more carbon dioxide per gallon, gasoline or diesel?” is a loaded question. The question assumes that comparable gasoline and diesel engines achieve equal fuel efficiency, “gas” mileage. They do not. In fact, it is not even close. Diesel engines travel much farther on a gallon of fuel than their gasoline engine counterparts.

A diesel engine achieves between 25 and 35 percent greater mileage on a gallon of fuel than its gasoline counterpart. “About 19.64 pounds of carbon dioxide (CO2) are produced from burning a gallon of gasoline that does not contain ethanol. About 22.38 pounds of CO2 is produced by burning a gallon of diesel fuel,” according to the U.S. Energy Information Administration. Per gallon, then, diesel produces 12.5 percent more carbon dioxide. But, since diesel engines travel between a quarter and a third farther on a gallon of fuel, that means diesel engines produce far less CO2.

Extremely strict legislation pertaining to sulfur oxide emissions became law in the U.S. during the mid-2000s. Diesel from crude oil, often, contains high levels of sulfur. But the EPA now requires refineries to remove the sulfur from diesel, or a large portion of it, prior to distribution. Since the EPA standards changed for diesel in 2006, the sulfur content of diesel dropped exponentially.

“Before EPA began regulating sulfur in diesel, diesel fuel contained as much as 5,000 parts per million (ppm) of sulfur. EPA began regulating diesel fuel sulfur levels in 1993. Beginning in 2006, EPA began to phase-in more stringent regulations to lower the amount of sulfur to 15 ppm. This fuel is known as ultra-low sulfur diesel (ULSD).” The sulfur content of today’s diesel is comparable to that of gasoline. So, with respect to sulfur dioxide emissions, gasoline and diesel are roughly the same.

In fact, considering the fuel efficiency of diesel engines, gasoline engines may actually emit more sulfur dioxide into the air per mile.

Carbon monoxide is one of the most dangerous fossil fuel emissions. The health effects on people are very toxic. Exposure to even small amounts of carbon monoxide can be fatal. “Acute poisoning takes the form of headaches, retching, muscular weakness, loss of consciousness, shortness of breath and finally death, depending on the concentration and time of exposure.”

“Members of the scientific community are concerned that aromatics exist in the environment at unsafe levels. The chemicals get released into the air as nano-sized particles – ultrafine particulate matter, or UFPs – that can be absorbed through the lungs or skin. Studies in peer-reviewed journals like the Journal of Environmental Science and Health, Environmental Health Perspectives and Particle and Environmental Toxicology, have linked these particles from aromatics to diseases ranging from ADHD to asthma.”

Diesel has a very high compressive resistance in relation to that of gasoline. As a result, there is no need to add octane boosters to diesel.