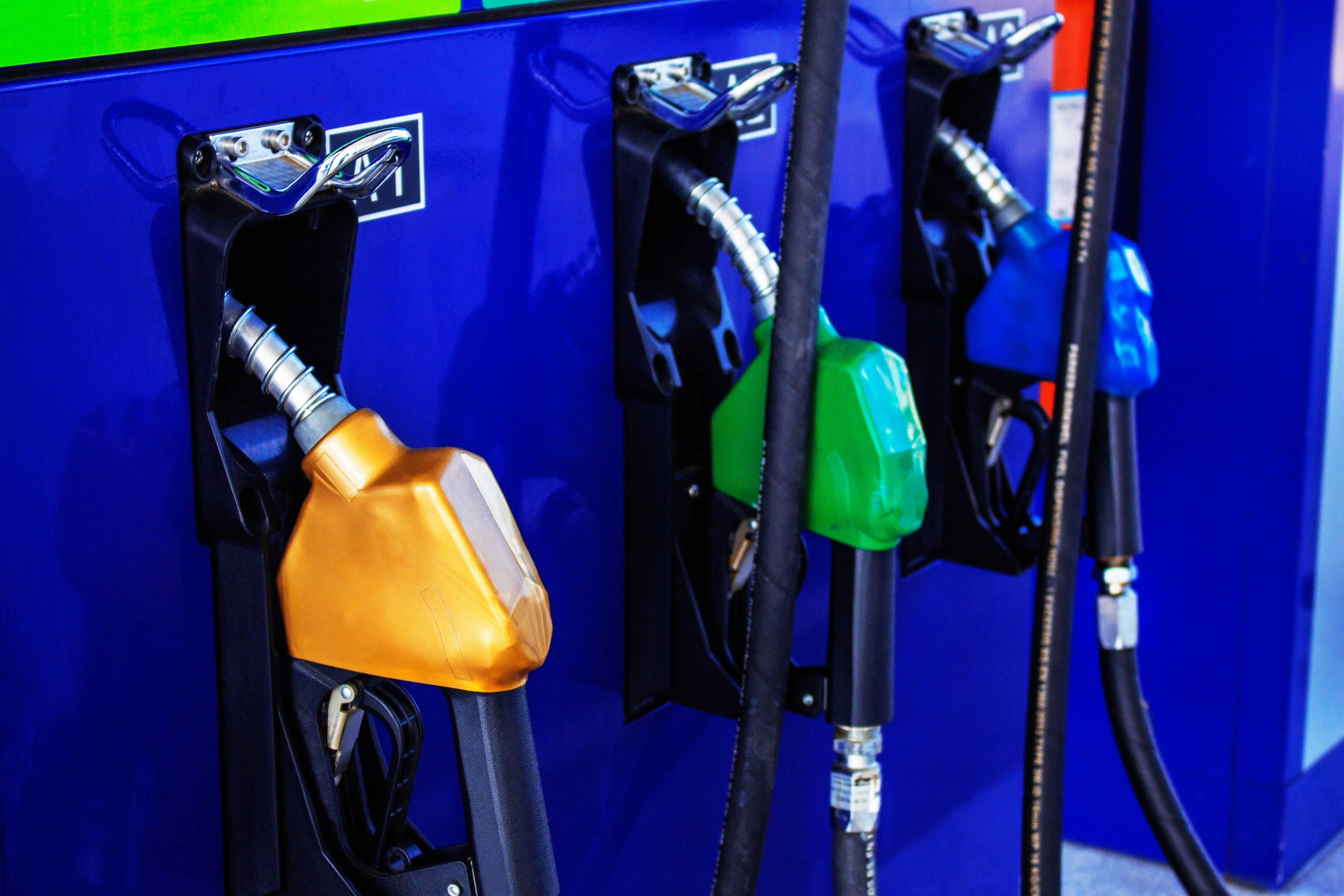 The Simple Answer is, “Yes,” Diesel is Cleaner than Gasoline

The fact is, there are only one or two measures by which diesel is dirtier than gasoline.

Accounting for the Entire Lifecycles of Gasoline and Diesel

Determining how clean a fossil fuel is or is not requires measuring the byproducts and emissions a fossil fuel produces during its entire lifecycle. Drilling and extraction, refinement, transportation and distribution, and combustion — determining the cleanliness of fossil fuel must account for each stage of the fuel’s lifecycle.

Drilling for and the Extraction of Gasoline and Diesel

Gasoline and diesel are both crude oil byproducts. Until the refinement stage, the environmental and health impacts of diesel and gasoline are roughly the same. There are two components of crude oil drilling and extraction that are particularly concerning for scientists, environmentalists, and health experts. The first is fracking. The second major concern is fugitive gas.

Environmental and Health Effects of Fracking

The fracking process is both technically complex and time and energy intensive. But simply, fracking is the fracturing of the rock layers in and around an oil reserve. By fracturing the rock layers of the oil deposits, engineers provide oil and/or gas with a clear path to move into the good hole and up to the surface of the earth.

There are several ways of fracturing the rock layers below the surface of the earth around an oil well. The first is with explosives. By lowering explosives down an oil well and detonating them at the desired depth, oilmen can fracture the rock layers around a well. A more popular contemporary method of fracking is with the hydraulic fracturing fluid. “Hydraulic fracturing fluid, called slick water, is pumped into the well and forced through these channels and into the surrounding reservoir until the rock breaks into a series of fracture networks.”

Regardless of the method used, there are major environmental and health issues associated with fracking. According to Teach The Earth, potential consequences of hydrofracking include:

With regard to the lifecycles of diesel and gasoline, they are comparable unclean as both come from crude oil. Both are equally as dirty with respect to drilling and fracking practices. However, during the refining process, diesel becomes a much cleaner fossil fuel.

Refining of Gasoline and Diesel

Fractionation is only the first step in the refining process of diesel and gasoline.

Compression Resistance of Gasoline and Increasing Octane at the Refinery

The refining process of diesel is very simple in relation to that of gasoline. Diesel has a naturally high compression resistance. That means the compression ratio of diesel engines can be extremely high in relation to those of gasoline engines. About the only thing that needs to happen to diesel once diesel hydrocarbons are separated and stored in the removal of sulfur.

Refineries doctor gasoline more than any other fossil fuel. In order to raise the octane level of gasoline, it is necessary to add toxic contaminants. In the past, refineries used tetraethyllead — a.k.a., “lead” — to boost the octane rating of gasoline. “But tetraethyllead has a disturbing tendency to give off tiny particles of lead metal upon combustion, and plenty of them. In 1965, refineries in the U.S. added a total of 250 metric tons of tetraethyllead to gasoline. That released 78 tons of lead into the atmosphere. Not good. In 1996, though, the EPA banned lead-based fuels.”

Today, refineries use aromatics to increase the octane rating of gasoline. When a refinery distills crude oil, there are hydrocarbons which are too heavy and dense to separate out. The hydrocarbons that are left over are called “coke.” Coke is also a byproduct of the heating and distillation of coal. “Benzene, Toluene and Xylene (BTX) are the compounds have boiling points 80.1oC, 110.6oC, 144oC (at atm pressure) respectively. The mixture of these components recovered from coke oven gas in benzol section of a coal chemical process plant.”

Once recovered, benzene, toluene, and xylene — aromatic hydrocarbons — serve as gasoline additives to increase octane rating. However, there is a debate as to whether or not aromatics are actually any safer than lead as an octane increasing additive. “Members of the scientific community are concerned that aromatics exist in the environment at unsafe levels. The chemicals get released into the air as nano-sized particles – ultrafine particulate matter, or UFPs – that can be absorbed through the lungs or skin. Studies in peer-reviewed journals like the Journal of Environmental Science and Health, Environmental Health Perspectives and Particle and Environmental Toxicology, have linked these particles from aromatics to diseases ranging from ADHD to asthma.”

Diesel has a naturally high compression resistance. There is no need to add aromatic hydrocarbons to diesel to increase the octane rating. But, diesel often contains dangerous contaminants in its natural state, sulfur.

Removing Sulfur Oxides from Diesel During the Refining Process

As a result of the different processes diesel and gasoline undergo during the refining process, diesel comes out cleaner. Refining is only the second stage in the lifecycle of fossil fuels. Transport and distribution are the third.

Transport of Gasoline and Diesel

Gasoline is an extremely volatile fossil fuel. In part, the volatility of gasoline is a symptom of the fact that the hydrocarbons in gasoline evaporate — vaporize — at room temperature. Because of the evaporation rate of gasoline, strict storage and transportation practices are necessary.

The fact that gasoline evaporates means that aromatic hydrocarbons are escaping into the air. While most people do not think of gasoline evaporation as pollution, it is.  “According to the U.S. Environmental Protection Agency (EPA), volatile organic compound (VOC) emissions from gasoline are, as ozone precursors, a major contributor to the nation’s serious ground-level ozone problem, which harms human health and the public welfare.”

Diesel, on the other hand, is a stable fuel that evaporates at an extremely slow rate. The hydrocarbon pollution that occurs from diesel evaporation is exponentially lower than that of gasoline.

Combustion of Gasoline and Diesel

Diesel fuel produces 12.5 percent more carbon dioxide than gasoline per gallon. Diesel produces. Explains the U.S. Energy Information Administration, “About 19.64 pounds of carbon dioxide (CO2) are produced from burning a gallon of gasoline that does not contain ethanol. About 22.38 pounds of CO2 is produced by burning a gallon of diesel fuel.” The problem with a per-gallon analysis, and not considering other variables, is that one would believe gasoline is the cleaner fuel. It is not.

Diesel is, coincidentally, has a fuel density of about 12.5 percent greater than that of gasoline. Additionally, the thermal efficiency of a diesel engine — the amount of energy put into an engine that the engine converts into work — is between 10 and 20 percent greater than that of a comparable gasoline engine. As such, diesel engines achieve between 25 and 35 percent better fuel efficiency, “gas” mileage.

By almost no measure is gasoline cleaner than gasoline. Gasoline engines produce more carbon dioxide than diesel engines. Gasoline produces far more hydrocarbon emissions both when combusted and over the course of its life-cycle. It produces ultrafine particulate matter because of the octane boosting additives it contains. And, gasoline produces large quantities of carbon monoxide. Diesel produces almost none.

Diesel, by every measure except nitrogen oxides, is a cleaner fuel than gasoline.