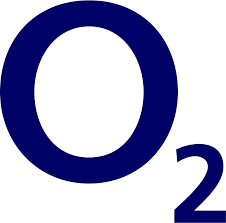 Fuel Catalyst: The Oxygenation of Diesel and Heavy Fuel Oils

But, fuel catalysts increase the fuel economy — the “gas” mileage — of a combustion engine. Fuel additives and detergents and catalytic converters do not, at least not to a noticeable degree.

There are a variety of reasons combustion engines waste some of the hydrocarbons in fossil fuels. Several factors determine the number of hydrocarbons fed into an engine that goes unburned or that are burned incompletely. One of the primary reasons — particularly for energy-dense fossil fuels like diesel and fuel oil — is poor hydrocarbon oxygenation.

The same reason metals rust is the reason fossil fuels burn, oxidation. The oxidation of fossil fuels — ignition/burning/combustion — requires oxygen. If the hydrocarbons in fossil fuel are without exposure to oxygen, they will not oxidize. For low-density fuels, oxygenation is not an issue. Particularly for gas-state fossil fuels, ease-of-oxygenation is almost an inherent trait.

Even gasoline is thin and light enough that oxygenation is not a major issue. A vacuum-driven carburetor is sufficient to agitate gasoline hydrocarbons. Simply converting liquid gasoline into a mist mixes gasoline hydrocarbons with enough oxygen for them to oxidize. Though gasoline fuel injectors produce higher combustion efficiency, injectors are not absolutely necessary.

The first step toward increasing the oxygenation potential of a heavy fossil fuel begins at the refinery.

There are other differences between hydrocracking and fluid catalytic cracking (FCC) aside from the fact that one produces diesel and the other produces gasoline. “The primary objective of both cracking processes is to produce lighter saturated hydrocarbons with reduced molecular weights and boiling points from heavy oils. But, catalytic cracking is a carbon rejection process, hydrocracking is in a hydrogen addition process.”

Not only do hydrocracking and fluid catalytic cracking produce different fuels, but hydrocracking also removes contaminants like sulfur and nitrogen. But again, the principal purpose of both cracking processes is to produce hydrocarbons that oxygenate — and by extension, burn — more easily.

Increasing Oxygenation Potential of Fossil Fuels Prior to Combustion

Increasing Oxygenation with a Fuel Catalyst

Another means of increasing the oxygenation potential of diesel fuel is to make it a homogeneous mixture. Even after the refining process, diesel is a heterogeneous mixture of hydrocarbons. Rather than hydrocarbons being uniformly distributed throughout diesel, the hydrocarbons clump together into clusters.

The clusterization of hydrocarbons is a product of the fact that hydrocarbons have a natural charge. The charges of hydrocarbons atoms bring them together to create clusters. “Most fuels for internal combustion engines are liquid, fuels do not combust until they are vaporized and mixed with air. Most emission motor vehicle consists of unburned hydrocarbons, carbon monoxide and oxides of nitrogen. Generally, fuel for an internal combustion engine is a compound of molecules. Each molecule consists of a number of atoms made up of a number of nucleus and electrons, which orbit their nucleus. Magnetic movements already exist in their molecules and they therefore already have positive and negative electrical charges.”

How the Rentar Works