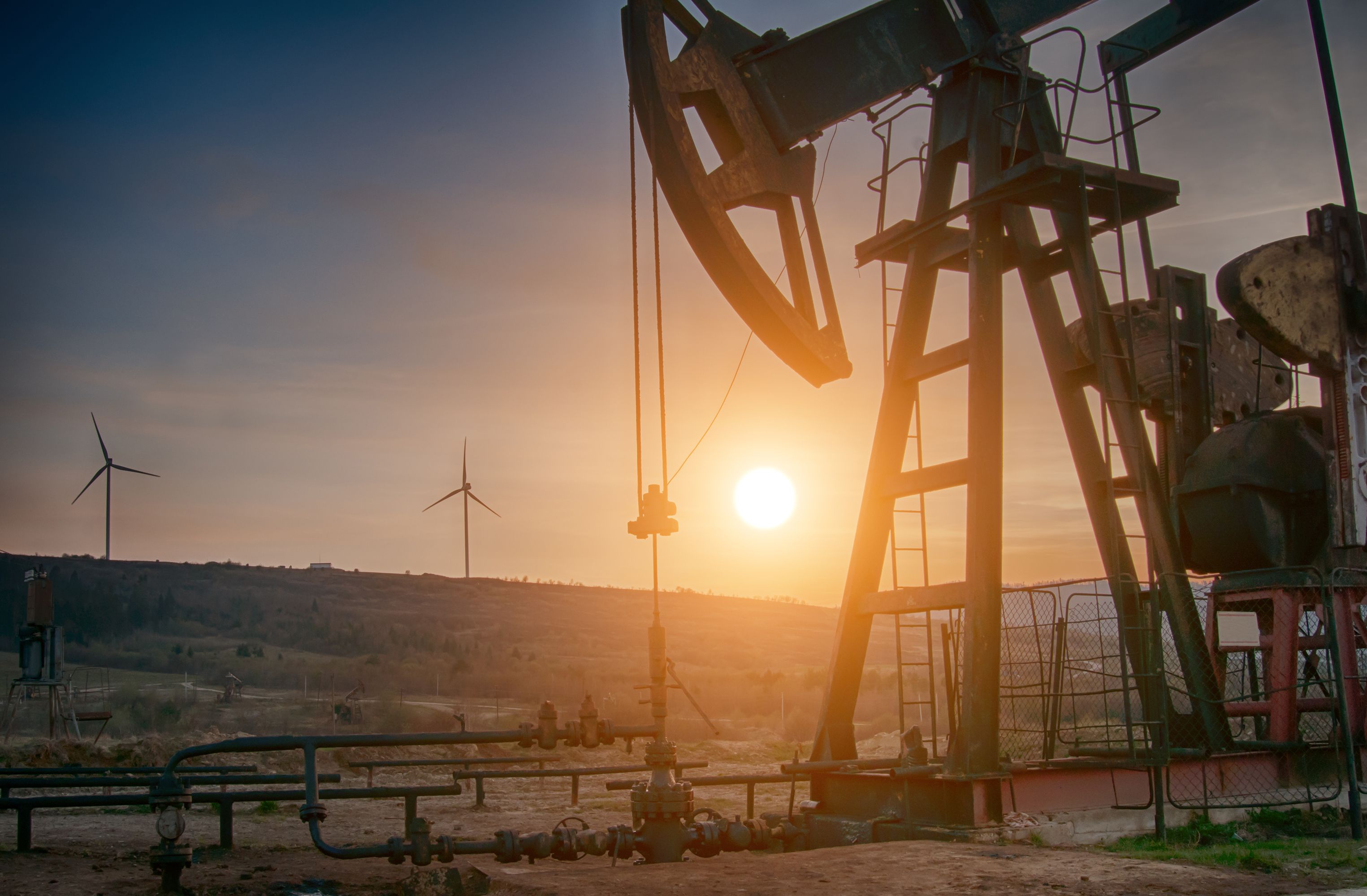 What is the Best Crude Oil in the World and Why Are Some Crude Oils Better than Others?

The answer to the question, “what is the best crude oil in the world,” is based on two oil qualities: weight and sulfur content. Not all crude oil is the same. Just as there are different types of crude oil derivatives — diesel, gasoline, kerosene (jet fuel), fuel oil, bunker fuel, plastics, synthetics, cosmetics, household products, etc., — there are different kinds of crude oil. Different crudes not only have different ingredients, but the quality of every crude oil is different. Some crude oils are better than others. For example, West Texas Intermediate (WTI) is some of the best in the world and certainly the best crude oil produced on a large scale.

The reason crude oils from different locations are of higher and lower quality is that of the geologic process that produces crude oil.

Qualities of High and Low-Quality Oils

Sulfur content and weight are the two qualities by which crude oil is typically judged. High-sulfur, heavy oils are the lowest quality and the least expensive on the global market. Low-sulfur, light oils bring the highest price because they are of the highest quality.

The price-per-barrel difference between high and low-quality crude oils can be significant. While it does fluctuate and the differences in price are not always extreme. However, the price difference can be. “In February 2005, when differentials were at their most extreme, the average price of Tapis blend was US$55.10, and the average price for Arab heavy was US$33.50, while the price of Brent was US$45.42,” according to an article published by the Energy Sector Management Assistance Programme (ESMAP) titled, Crude Oil Price Differentials and Differences in Oil Qualities: A Statistical Analysis.

Sweet and sour are the industry terms for fuels that are low and high in sulfur content. The names sweet oil and sour oil come from the fact that oil which is low in sulfur has a sweet taste and high sulfur oil is bitter. Historically, when a well came in — began producing oil, — prospectors would taste the oil to determine its quality. Sweet crude tastes as the name implies and sour crude oil tastes rotten.

The third reason high-sulfur crude oil is less valuable is because the higher the sulfur count, the lower the hydrocarbon count — hydrocarbons being the component in petroleum that combusts and generates energy. “Carbon and hydrogen make up around 98 percent of the content of a typical crude oil type. The rest is made up of sulfur (1-3 percent), nitrogen, oxygen, metal and salts (less than 1 percent each).”

While a difference of only three percent may not sound high, the effect a three percent difference has on the price of a barrel of fuel is significant. “Each additional one percentage point of sulfur lowers the price US$0.056 per dollar of Brent [crude oil].” The reason being, the more sulfur a crude oil contains, the fewer hydrocarbons it contains on a volume scale.

The more sulfur crude oil contains, the less energy it produces per gallon, barrel, or liter.

American Petroleum Institute (API) gravity is the measure of the weight of crude oil. API gravity is a measure of the weight of a crude oil in relation to water. “If an oil’s API Gravity is greater than 10, it is lighter than water and will float on it. If an oil’s API Gravity is less than 10, it is heavier than water and will sink.” There are four classifications of API gravity: light crude oils, medium oils, heavy, and extra heavy.

The lighter a crude oil, the more expensive it is. “Light Crude oil is liquid petroleum that has low density and that flows freely at room temperature. It has low viscosity, low specific gravity and high API gravity due to the presence of a high proportion of light hydrocarbon fractions. It generally has a low wax content as well.” The reason light crude oil is more expensive than heavier crude is because it produces the most gasoline and the most diesel, the two most sought-after elements of crude oil.

“Each degree of TAN lowers the price by US$0.051 per dollar of Brent,” according to the Energy Sector Management Assistance Programme (ESMAP). The reason crude oil with a high TAN is considerably less expensive than other crude oil types is that it is highly corrosive. That means refining high TAN crude is expensive. “Mitigation of process corrosion includes blending, inhibition, material upgrading, and process control. Very few refineries are presently able to refine high TAN crudes so that most refiners need to blend them with other crudes before refining.”

The catalysts behind the high pH are naphthenic acids (NAs) and other acids like palmitic.

While API gravity and sulfur content are still the most common quality control measures, TAN is growing increasingly important because the amount of high TAN oil produced is on the rise.

“Already some 5 million barrels a day of Atlantic basin crudes are high TAN, and these are sold at a discount to marker crudes that can be substantial. A country such as Chad, which exports only Doba blend crude with a TAN value of about 4.80 mg KOH/g, is substantially affected by this market development.”

The Catalysts that Influence API Gravity, Sulfur Content, and TAN

All crude oil is found in sedimentary rock. Different crude oil types are the results of the different sedimentary rock types. Types of sedimentary rock are determined by the type of sediment originally deposited and the amount of heat and pressure to which the sediment of is exposed. Sediment — with biomatter in it — which is placed under a mild amount of pressure produces a substance called kerogen, a precursor to hydrocarbons. The process of new sediment piling on top of old biomatter-rich sediment — and the heat and pressure that results — is a process called diagenesis.

The cracking of hydrocarbons is oil-industry nomenclature for the breaking up of heavy hydrocarbons into small to medium sized hydrocarbon molecules and molecule chains. Hydrocarbon cracking is what produces different types of liquid and gas-state fossil fuels — including gasoline, diesel, asphalt, and natural gas — that are found in and around crude oil.

B.P. Tossot and D.H. Welte in their renowned book, Petroleum Formation, and Occurrence:

“In clay muds, where iron is usually abundant. it is likely that sulfur readily combines with iron to form hydro troilite and troilite, which are slowly converted to pyrite. In carbonate muds. however. where iron is much less abundant, sulfur may recombine mainly with the residual organic matter. Massive incorporation of sulfur into sediments in certain confined environments with H.S-saturated bottom water may lead to a subsequent recombination with organic matter during late diagenesis and finally explain the origin of a sulfur-rich petroleum formed during catagenesis.”

Simply, in order for the diagenesis and catagenesis processes to produce high-quality, light crude oil, iron must be present in the sediment that produces crude oil and gas-state fossil fuels.

The weight of crude oil is also determined during the formation process, specifically, the catagenesis stage. The reason why some crude oils are heavy and some are light is because of the size of the hydrocarbons found in each. The greater the exposure of crude oil to high pressure and heat — the more sediment stacked on top of it as it forms — the smaller the hydrocarbon molecules and chains.

The smaller the molecules and molecule chains in a barrel of crude oil, the lighter it is. That is why oil sands — which are found close to the surface and can be mined with excavating equipment — produce extra heavy crude oil. The oil in oil sands was never exposed to extremely high amounts of pressure and heat. On the other hand, West Texas Intermediate — which is found hundreds or thousands of feet below the surface of the earth — are extremely light.

It is exposure to oxygen and bacteria that make the crude oil from oil sands and oil shale highly acidic.

The best crude oil in the world is found in Malaysia. “Tapis, the Malaysian crude benchmark traded in Singapore, has for a long time held the title of the world’s most expensive grade. Its lightness (43-45° API) and extremely low Sulphur content (0.04 percent) make for a highly valuable refining asset.” In fact, of the benchmark crude oils in the world, Tapis is both the lightest and nearly the sweetest. There is no other oil in the world with an API greater than 40 and only one with a sulfur content lower than .04%.

However, the reserve is relatively small, so while it is the highest price of oil in the world, the reserve does not generate the most money. “Having started production in 1979, Tapis has been falling since 1998 and its current production of 200,000 bpd is half of what it was 20 years ago.”

But, the most expensive crude oil does not necessarily mean that it is both the lightest and the sweetest. For example, under the island of Sumatra in Indonesia is the Minas Crude Reserve. Minas crude oil is extremely low sulfur at .09 percent. But, Minas crude only has an API of 34 which means it is of medium weight.

With respect to weight, Saudi Arabia’s Arab Extra Light, Nigeria’s Bonny Light, Brent from the North Sea and Algeria’s Saharan BI are all greater than 37 degrees. But, the only crude oils in the world that is close to as light as Tapis Crude oil is found in the Gulf States and in Minnesota. Minnesota’s Bakken Crude has a density of 39 degrees. And, Bakken Crude has an extremely low sulfur content of only .18 percent. West Texas Crude has a weight of 38.7 percent, but a relatively high sulfur content of .45 percent.