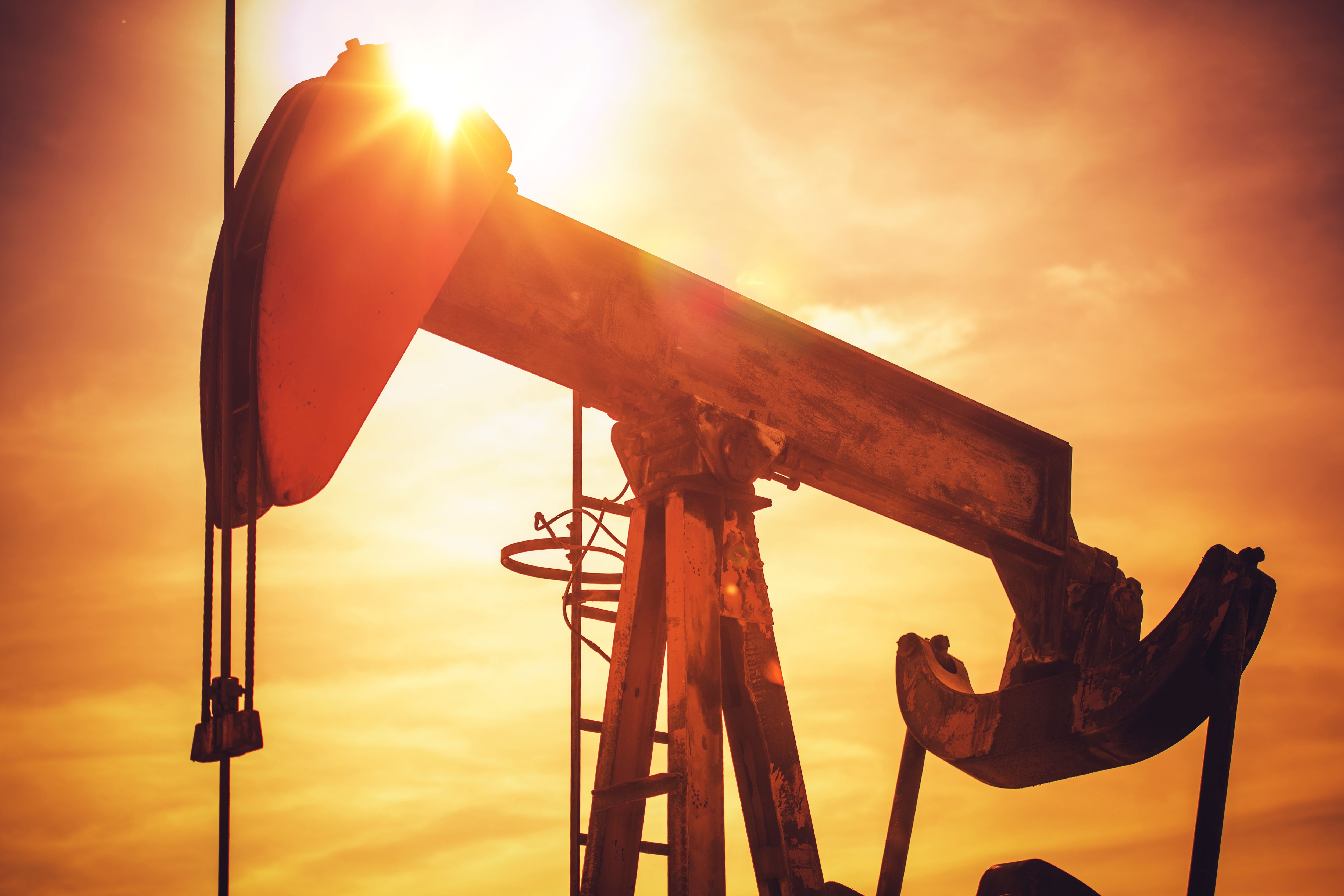 How Does Nature Make Oil? Diagenesis, Catagenesis and Hydrocarbons

The single most important natural resource in human history — with respect to the development and use of technology — is oil. Fossil fuels generate our electricity and propel our vehicles, ships, and airplanes. Fossil fuels are the reason we have plastics and synthetics, the materials we use to make computers, telephones, televisions, and home appliances. With almost no exceptions, fossil fuels are a part of every person’s life on the planet. From the rich to the poor, regardless of skin color, religion or nationality, and around the world, everyone’s life is fossil fuel dependent.

Why we need fossil fuels is obvious. But, how fossil fuels come to be is a different matter. While most people have a general idea as to how oil comes to be, most of us do not know the specifics. That is understandable given the complexity of the geological processes that produce crude oil and natural gases.

But, to understand how geological processes produce crude oil and natural gas, it is first necessary to understand exactly what fossil fuels are.

What is Oil Made of?

Though an elementary explanation, it is accurate nevertheless: crude oil is the consequence of compressed, heated, non-degraded biomatter.

As the name implies, hydrocarbons are made of two elements: hydrogen and carbon. “Carbon and hydrogen make up around 98 percent of the content of a typical crude oil type. The rest is made up of sulfur (1-3 percent), nitrogen, oxygen, metal and salts (less than 1 percent each).”

Originally, the energy found in fossil fuels came from the sun. All biomatter is a product of the sun’s solar radiation and all fossil fuels come from biomatter. The biomatter that produces gas-state fossil fuels and oil comes from, “Dead plankton – both phytoplankton and zooplankton – as well as algae and bacteria that sink to the bottom of an ancient ocean and mix with inorganic, clay-like materials that enter these oceans from streams and rivers.”

An important note, the formation of oil occurs in an anoxic environment. In order for biomatter to eventually become oil, it must not have too much exposure to oxygen or it will decompose and the energy in it is lost.

In other words, oil is the product of buried, un-decomposed biomatter.

As sediment settles over the un-decomposed biomatter — hundreds upon hundreds of feet of layers of sediment, — both the sediment and the biomatter mixed in with it begin to heat and undergo a chemical change, diagenesis. “Diagenesis results from any form of physical, chemical, or biological alteration to these relatively young sediments as they are lithified, or converted into a rocky material. The end result of these processes will be to alter the mineralogy and texture of the source material.”

It is during the diagenesis process that the proteins and carbohydrates in un-decayed biomass break down into smaller parts. Broken down carbohydrates and proteins form a substance called kerogen.

But, diagenesis is only the first of two processes that transform biomass into oil and gas-state fossil fuels. The second process transforms kerogen into hydrocarbons — crude oil and/or natural gas.

The process of diagenesis does not produce hydrocarbons. Therefore diagenesis is not the process during which crude oil appears. But diagenesis is the first step in a two-part process that does. “Diagenesis is a process of compaction under mild conditions of temperature and pressure.” Biomatter — like plants, bacteria’s, carrion, algae, pollen, wood, vitrinite, and structureless material — containing proteins, lipids, carbohydrates. More specifically, biomatter contains hydrogen and carbon.

The result is a generation of two biomass byproducts, one organic and the other inorganic: kerogen and bitumen.

The Organic and Inorganic Consequences of Diagenesis

The first step in the generation of crude oil — diagenesis — converts biomatter into two substances. One is organic — kerogen — and the second is inorganic, bitumen. It is the organic substance kerogen that contains hydrocarbons. And, again, hydrocarbons are the valuable component of crude oil.

Bitumen has a fraction of the monetary value of kerogen because bitumen has no hydrocarbons. Therefore, bitumen does not combust, ignite, or burn.

As additional layers of biomatter and inorganic sediment stack on top of kerogen — hundreds of feet of layers which produce extraordinary amounts of pressure and heat — kerogen undergoes further chemical changes.

This stage of fossil fuel development is called catagenesis. “Catagenesis involves heating in the range of 50° to 150°C [122° to 302°F]. At these temperatures, chemical bonds break down in kerogen and clays within shale, generating liquid hydrocarbons.”

But, more important than the region from which crude oil is extracted are the qualities of the oil.

The reason the weight of oil in relation to water is important is that hydrocarbons are lighter than water. On the other hand, most of the contaminants found in oil — including water, nitrogen, and sulfur — are equal to in weight or heavier than water.

Simply, the lighter a crude oil, the more fuel it contains per gallon, barrel or liter.

Additionally, a high-sulfur crude oil’s emissions contaminate the environment to a greater degree than a low-sulfur crude. The reason being, sulfur combines with elements in the air during combustion to create polluting emissions like sulfuric acid and nitrogen sulfides. These are the pollutants associated with acid rain.

Furthermore, high sulfur content crude oils are difficult and expensive to refine. The sulfur oxidizes and corrodes the components of a refinery as well as the delivery system used to transport the crude from the well to the refinery.

High-sulfur crude oils are the result of a lack of iron in the formation of sediment into sedimentary rock. If there is iron in the sediment/biomatter mixture, sulfur will chemically react with it to create elements like pyrite. However, if the sediment is poor in iron, the sulfur is left as a free agent and contaminates the oil.

Unless a refinery is equipped to deal with high-tan crude oil, its oxidizing and corroding qualities can destroy the infrastructure of the refinery. As such, refining high-TAN crude oil is expensive because it requires investing in the necessary machinery and auxiliary components of a refinery and refining high-TAN crude require regular and intensive equipment maintenance and upkeep.

Cause of High TAN Crude Oil

It is imperative that biomatter move into the diagenesis state in an anoxic environment and through the catagenesis process in the same. Exposure to oxygen and bacteria cause the hydrocarbon in forming oil to biodegrade. The biodegradation of hydrocarbons generate carboxylic acids, the two most common types being naphthenic acids (NAs) palmitic acids.

Though the process of crude oil formation is highly complex, there are only two stages: diagenesis and catagenesis. During the diagenesis stage, biomatter under pressure and heat breaks up into the organic and inorganic matter, ketamine and bitumen. During the catagenesis stage, ketamine transforms into hydrocarbons and the pressure and weight of the sediment layering break hydrocarbons into different fossil fuel types.

Without iron or with oxygen and bacteria, the oil formed is impure. While the formation of oil is never ideal under natural circumstances, the greater the iron-to-sulfur ratio and the lower the oxygen content, the lighter and lower-sulfur content crude oil is.