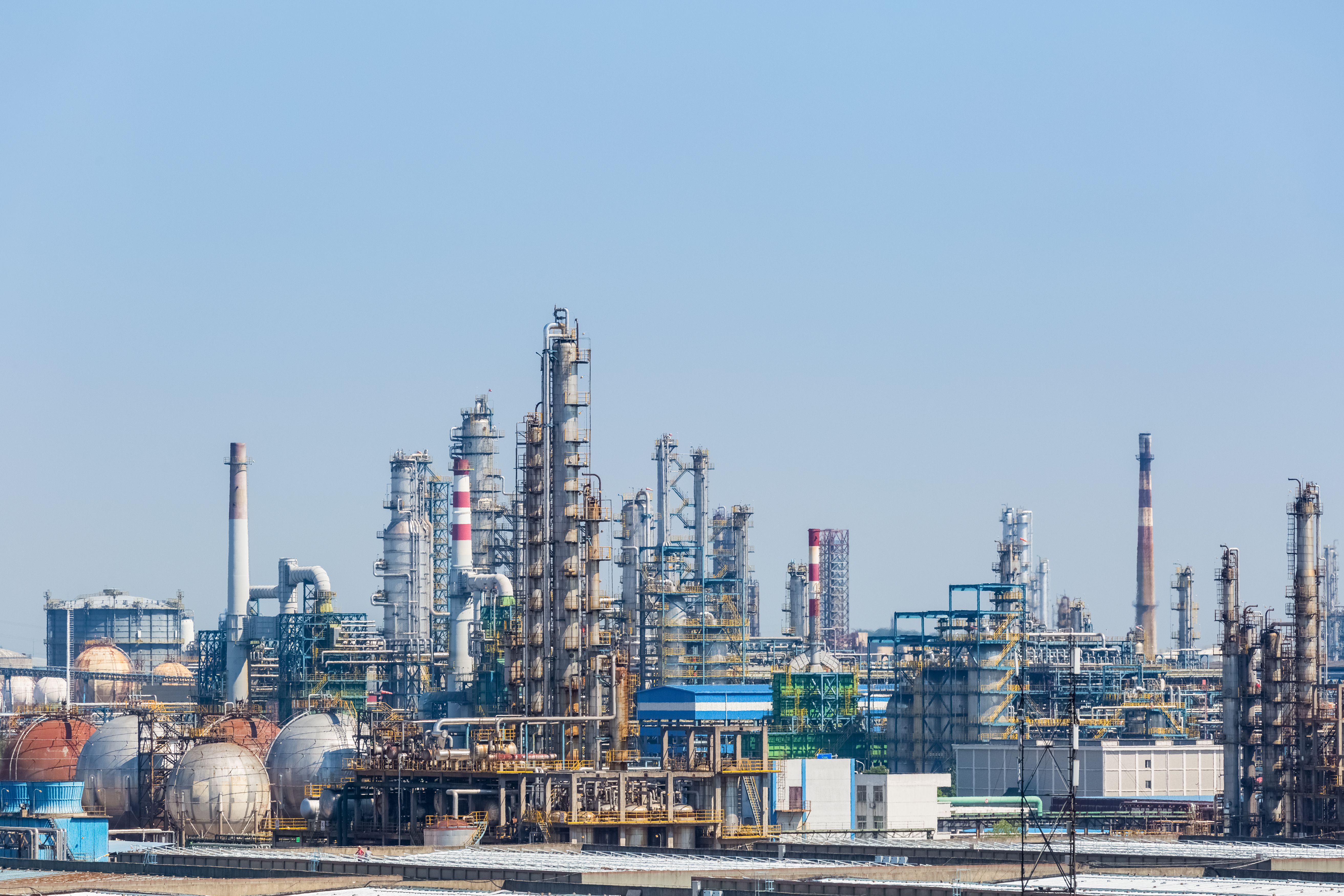 The failures of “alternative” and “clean” fuels are making one thing abundantly clear: we cannot replace fossil fuels with anything comparable, at least not with any of the energy sources currently available to us.

But it is not just the energy provided by fossil fuels that we cannot replace. To only think of fossil fuels with respect to transportation and combustion power misses an extraordinarily large part of what makes fossil fuels so valuable. While fossil-fuel use for vehicles and machinery constitutes a large portion of the total fossil fuels consumed, there are other reasons fossil fuels are critically important to the life of every person on the planet.

Products made from fossil fuels are part of nearly every person’s life around the world.

Why Fossil Fuels are Irreplaceable with Respect to Transportation and Machinery

The reason there are no viable alternative or “clean” fuels that can replace fossil fuels is that fossil fuels are extraordinarily energy dense. In addition, it is easy to generate energy from fossil fuels and — more importantly — to capture the energy produced during fossil fuel combustion. And, it is equally simple to transport fossil fuels.

The only energy source comparable to fossil fuels, with respect to energy density, is nuclear energy. But, nuclear power comes from highly toxic sources — uranium and plutonium — which makes transporting it extremely difficult. And, the fact that exposure to uranium and plutonium is extremely dangerous for people means there will likely never be uranium nor plutonium-powered cars unless electric cars powered with electricity produced at nuclear power plants count.

Other sources of energy for the powering of vehicles are simply too weak with respect to energy density. Solar power has proven to be an extremely difficult energy source to harness and while abundant, it is not particularly energy dense. It is not yet possible to power entire cities with solar energy, let alone meet the energy requirements of a nation that consumes trillions of megajoules annually for transportation and machinery.

Wind power is all but a failure at this point. The environmental and maintenance costs aside, wind power simply does not generate enough energy to be considered a viable source of energy for powering cars.

And while there is a huge push to use electric cars — not solar powered cars — there is a backward perception with respect to electric cars. Electric cars themselves are emissions-free. However, the energy source that produces the power that moves electric cars down the road is not emissions free. The vast majority of the energy produced in the United States comes from fossil fuels, coal, and natural gas. So, while no emissions come directly from an electric car, electric cars cannot operate without power generated using fuels that generate emissions.

The Washington Post’s Michael Birnbaum explains, “Cutting transportation-related emissions can help — but not if pollution is simply shifted from the tailpipes of cars to the smokestacks of coal-fired power plants, which generate 40 percent of the world’s electricity.”

It is important not to confuse electric cars with solar-powered cars. One runs on energy from the sun. The other primarily runs on fossil fuels.

Why Fossil Fuels are Irreplaceable as the Energy Source of Electricity

For the same reason powering vehicles with solar power and other alternative sources is not a viable option, moving away from fossil fuels as a source of electric power is not a viable option either. For one, the energy density of alternative fuel sources is not great enough to generate the electricity required to light homes and run appliances and electronics. Alternative fuels sources are not dense enough to provide the electricity required to power industrial machinery. And alternative energies certainly are not adequate to provide for all our electric needs.

Only on an extremely small scale are alternative power sources an option for generating electricity. Nevertheless, there is a push to prove otherwise.

There is a push to supplement the fossil fuels and nuclear power used to generate electricity with solar power. However, it is quickly becoming clear that solar cannot provide the energy required to meet our electric needs. According to the Institute for Energy Research, solar power only produces .5% of total energy consumption, one half of one percent.

“While the amount of utility-scale solar electricity capacity in the US has increased in recent years—rising from 334 megawatts in 1997 to 13,406 megawatts in 2015, it still only accounts for 0.6% of net utility-scale electricity generated in the United States – the least among the renewable sources of hydroelectric, biomass, wind and solar.”

While other sources of energy — hydroelectric and biomass in particular — show more promise with regard to net electricity output, many of them come with environmental consequences. For example, hydroelectric power has proven to be a dependable source of electricity. But, so detrimental to the environment are dams that it is becoming nearly impossible to convince the public — and by extension, legislators — to construct more hydroelectric dams.

“Most of the big dams in the American West were built decades ago. Despite repeated calls from farmers and other big water users, it’s likely the era of U.S. dam building is over,” explains slate.com’s Eric Holthaus. “If anything, some particularly nasty dams are being removed to match an increased realization that in many cases, they’re a net negative on the environment.

Biomass is another means of generating large sums of electricity. However, even though the name seems to imply biomass is more natural or less damaging to the environment, burning biomass generates no fewer emissions than does coal. So while it is a good idea to recycle materials that would otherwise take up space in a landfill, burning biomass does not help with the mass generation of carbon dioxide and other greenhouse gases.

“Regardless of the source of the fuel – low carbon or high carbon – burning stuff is just inherently a dirty process. The combustion of biomass in power plants releases harmful air pollutants such as particulates, NOx, and SOx. So combustion must occur in plants with high efficiencies and state-of-the-art emission controls,” explains Nathanael Greene of Natural Resources Defense Council.

And, even with its high energy density, biomass only constitutes 4.8% of the total energy produced in the United States. While considerably higher than that produced by solar power, it is still a meager sum in the big picture.

Why Fossil Fuels are Irreplaceable as the Materials Source of Synthetics

Fossil fuels do far more than generate energy. Fossil fuels are also the most critical component of the majority of the world’s most valuable synthetics. The US Energy Information Administration (EIA), in 2013, provided a list of petroleum products and the percentage each comprises a typical barrel of crude oil.

Synthetic products that come from crude oil include a large number of products a person may not expect. The following list is provided by IAG Wealth Management:

While there may be breakthroughs in technology that allow us to make better use of sunlight as an energy source, many of the other “clean alternative” fuel sources are anything by clean and certainly not viable alternatives. In other words, we had better begin to learn how to live with fossil fuels.

The notion that fossil fuels are dirty is a misconception. The fact is, it is the technology we use to burn fossil fuels that is dirty. If combusted completely, the only emissions from fossil fuels — hydrocarbons — are hydrogen and carbon dioxide. And while carbon dioxide is a greenhouse gas, CO2 is certainly not the most dangerous. Furthermore, the biggest issue with fossil fuels is that we burn them so inefficiently.

A diesel engine, at best, only has the capacity to convert 50% of the energy it produces into mechanical power, the energy that pushes the diesel-powered vehicle or machine down the road or around a job site or farm. And gasoline is considerably less efficient. “Most gasoline combustion engines average around 20 percent thermal efficiency,” according to GreenCarReport.com’s Antony Ingram.

Another problem we have with the technologies we use to burn and combust fossil fuels is that — though few people are willing to hear it — we do not use all the technologies available to us to increase fuel efficiency and reduce emissions. One technology available, a technology that is vastly underused, is fuel catalysts. Some diesel fuel catalysts have the capacity to reduce vehicle emissions by between 3% and 8%; machinery fuel consumption by even more; and boiler and diesel fuel consumption by up to 30%.

We cannot continue to use fossil fuels at the rate we do while waiting in hopes of an all-encompassing alternative. It is not coming. But, the consequences of our overuse and waste of fossil fuels are.