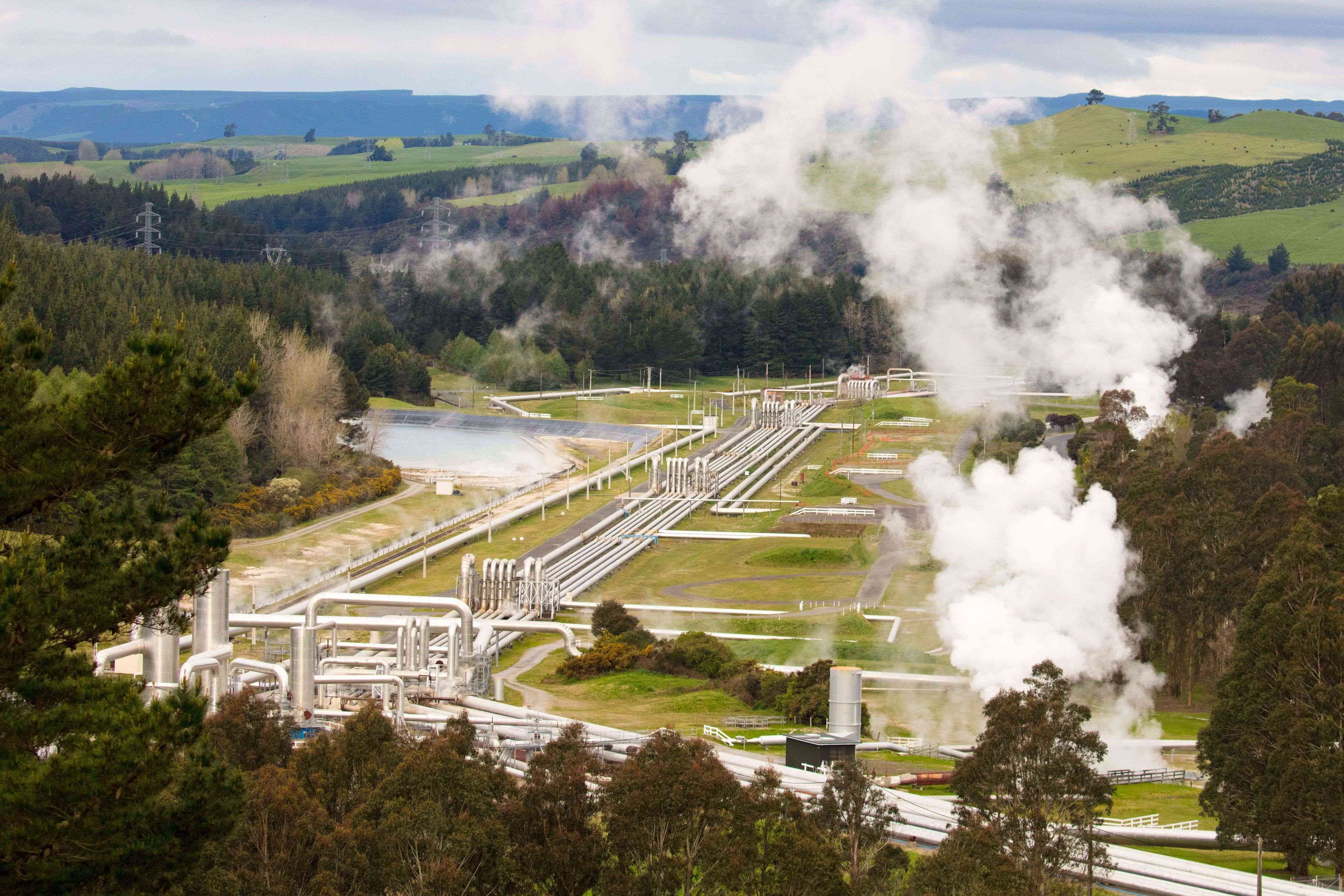 Alternative Energies You’ve Never Heard of, but that Have Great Potential

Alternative Energies You’ve Never Heard of, but that Have Great Potential

There is no power source that can replace fossil fuels. Fossil fuels are too energy dense, too diverse — crude oil components are in plastic, synthetics, household products, cosmetics, computers, etc.,  — and too stable and transportable for any of the current alternative energy sources to match.

In the future, once we’ve exhausted fossil fuels as a resource or made the large-scale use of the fossil fuels that are most dangerous to our environment illegal — gas-state fossil fuels, — we will be forced to use a wide variety of energy sources to power our world. While is tempting to gloat about solar and wind power and exalt the virtues of biofuels, none have proven viable as a fossil fuel replacement. For almost 70 years people have fantasized about nuclear fusion — a free energy theory, — an energy source that produces water as its emission. Yet, “fusion has never reached the breakeven point in a controlled setting (where the energy output is greater than the input).”

Rather than looking for a replace-all energy source, there are scientists who’ve decided that the best way to supply our energy needs is via small-scale ingenuity. The following are alternative energies that, while they will never replace the universality of fossil fuels, can produce energy for specific, critical needs.

One of the most ingenious sources of energy — heat — is pavement power. “Pavement covers as much as 45 percent of urban areas—and asphalt makes a sizeable contribution to the urban heat-island effect. On a steamy summer day, the surface of a road may get as hot as 60 degrees Celsius (140 degrees Fahrenheit). And it can stay miserably hot long after the sun sets, raising the temperature of whole neighborhoods built around this blacktop,” explains Emily Badger of ConservationMagazine.org.

While the heat of the asphalt can have negative effects on an urban area, there is also the potential to capture that heat and put it to use. The heat generated by the asphalt as it converts the sun’s solar radiation into thermal energy circulates water or antifreeze through a serpentine system of pipes under the asphalt surface. “The water is warmed up and could be pumped into a heat exchanger located inside of a nearby power plant. The heat can be used to generate steam to turn turbines. Alternatively, the warm water can be used directly in lieu of using traditional or solar water heating methods. Another concept allows the natural circulation caused by the water’s increase in temperature to turn turbines directly.”

Running heat conducting tubing under the pavement is just one example of highly innovative energy production technologies. There are a large number of others, some of which sound like they are right out of science fiction.

There are few sources of energy that are quite as promising and quite as difficult to comprehend as osmotic power. A simple explanation of osmotic power is that of mixing two liquids — one with a dissolved substance and one without — generates an electrical charge, power. The production of electricity is called osmotic power.

Around the world, there are thousands of rivers flowing into oceans and seas. In the estuaries where the rivers spill into the saltwater, a tremendous amount of osmotic power is generated. According to physics.org’s Jennifer Matthews, “That difference in salt concentration has the potential to generate enough energy to meet up to 40 percent of global electricity demands.”

Osmotic power, or the idea of it, is nothing new. “Blue energy was first proposed in 1954 by a British engineer named R E Pattle. It is sometimes called “osmotic power” because it exploits the phenomenon of osmosis,” explains the BBC. However, technology at the time was not sufficiently advanced to make it work. But, advancements in synthetics made osmotic power more than a possibility. “The first blue-energy plant using pressure-retarded osmosis was opened in Tofte, Norway.”

Unfortunately, the costs of maintaining the plant were greater than the money generated from the electricity produced and the Tofte closed down in 2013. But, new advances in the concept once again have osmotic power at the forefront of alternative energy proponents’ minds.

And osmotic power is not the only idea scientists have with respect to harnessing the power of the oceans.

Unlike osmotic power, which is still in the trial and error stage, wave power is already being used to generate electricity. Around the world, there are already nine wave power stations including two in the United States and two in Great Britain.

While understanding osmotic power requires a basic understanding of physics, wave power is much simpler to grasp: use the kinetic energy produced by the rise and fall of the ocean’s waves to power an electric turbine.

So simple is a wave power station that it is bafflingly ingenious. A wave power station is constructed on a steep grade next to the ocean. Like a cup placed upside down in the ocean with a turbine attached to the top, as the ocean rises its water forces the air inside the plant up and out a vent with an electric turbine in it. When the water drops, it sucks water back into the plant, again, through the electric turbine. Because of a unique design, the Wells Turbine — named after its inventor — generates electricity both as the moves in and out of the power station.

The most successful wave power station is in Australia. So far, it is the only wave powered station that is connected to a grid. In addition to generating power, the wave power station — named CETO after the Greek goddess of the sea — also desalinates water. According to ScienceAlert.com, CETO provides, “power to the Australian Department of Defence to supply Australia’s largest naval base, HMAS Stirling, which is located on Garden Island. It will soon also sell fresh water to the base, once Carnegie’s newly commissioned desalination plant is fully integrated into the project.”

While wave power stations may have the most potential of any non-emissions power energy source, the technology is not as innovative as some others.

Researchers at the University of Bath, working with colleagues from the Queen Mary University of London and the Bristol Bioenergy Centre, produced a microbial fuel cell (MFC) powered by urine. “In the experiments, just 25 ml of urine was able to generate 0.25mA of electricity continuously for a period of 3 days.” There are 355 ml of liquid in a soda can and which means there is enough power in a soda can of urine to power a 3.55mA semiconductor.

It may not seem practical to power small appliances and electronics — your laptop for example — using urine, but there is a tremendous amount of the chemical discharged and wasted around the world each day. “Each person in the USA generates about 2/3 of a gallon of urine per day and most of it ends up in the wastewater stream. When you factor in the waste generated by pets and farm animals, the amount of urine available each day for energy production is enormous. Imagine if all of that liquid waste was recycled and used to power our world?”

In 2014, research scientists at Virginia Tech University developed a hydrogen battery cell.   By combining water, sugar, and 13 different enzymes, the scientists were able to produce hydrogen. The process is considerably more effective than traditional methods of producing hydrogen because it only produces trace amounts of carbon dioxide and it, “delivers three times more hydrogen than traditional methods.”

Virginia Tech’s scientists are also attempting to use the same technology to produce hydrogen cell batteries for laptop computers, cell phones, and a variety of other smaller electronics.

Sound waves obviously carry energy, but it is unlikely most people think of putting that energy to use. While it may not seem like sound waves carry enough energy to power anything of substantial size, “Researchers in London have developed a device that uses sound to help generate an electrical charge, a development that could see mobile phones recharged by everyday background noise.”

Even more so than sound waves, there is great potential for devices that use vibrations to charge batteries. “‘This would work by, for example, building the device into a phone so that if you put it on a table on a train, or maybe even in your pocket, or on the dashboard of the car, the device would vibrate, and convert this vibration into electricity.”

Every city in the world produces hundreds of thousands of cubic tons of sewage sludge every year, some even more. Drying and burying the sludge is incredibly expensive and requires massive quantities of land. Thirty percent of all landfill space in the U.S. is used to bury sewer sludge. While some are recycled as fertilizer, the vast majority is simply wasted. But it turns out, sludge contains tremendous amounts of energy.

By drying the sludge in low heat and mixing it with salts and sand, biosludge can then be burned to generate electricity.

“Scientists are [conducting] tests into how these E. coli microorganisms can be genetically modified to overproduce those polyester-like acids and create a type of diesel fuel.”

While biodiesel is nothing new, understanding the essential components of biodiesel production is relatively uncharted. There may be the potential to produce biodiesel without the tremendous environmental effects currently associated with the alternative fuel.