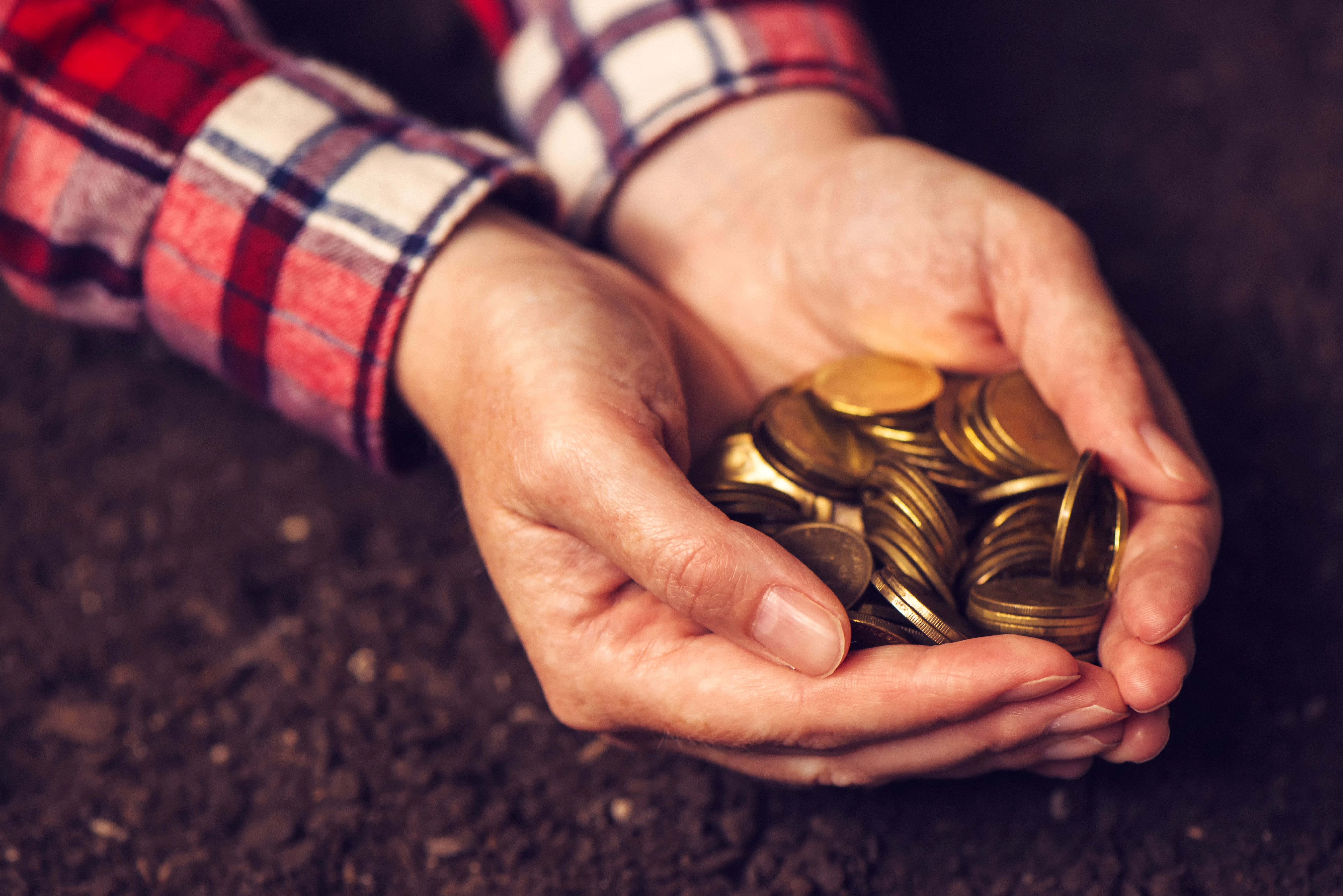 Cut Costs of Agricultural Production: Understanding how to Increase Profit

Every successful business owner and AG company board understands that the most basic and fundamental principle of business is gross versus net profit. Prior to the owner or owners seeing any profit, the costs of operating the business must come out of the gross profit. The money left over after paying operating costs is net profit, what the owner(s) take home. Net profit is business income minus business costs.

There are only two means of increasing net profit. The first is to keep costs constant while increasing gross profit. While the most attractive solution to increase net profit, increasing gross profit while keeping costs constant is not often possible. With respect to an agricultural production operation, there are two variables that dictate gross income: the size of the operation — the production potential of an operation — and market rates, the going price of livestock and or crops.

That is to say, in order to increase gross profit, an operation must increase production or the market must turn in its favor. A far more viable option for increasing net profits is reducing operating costs. However, cutting costs is not a simple process either.

An agriculture production operation has — not counting the costs of purchasing new equipment — three primary costs: wages and salaries; parts and labor; and fuel. Salaries and wages are generally dictated by the local economy and the labor market in a given area. An operation that refuses to pay a fair market wage is resigned to using less qualified laborers and operators.

And the fact is, even saving ten cents a gallon results in insignificant savings over the course of a year. If a machine uses 20 gallons a day, the savings is $2. If the machine operates 6 days a week, that is a savings of $24 per month. That is under $300 if the machine runs 6 days per week year around.

Fortunately, there are ways to dramatically cut fuel costs.

When most ranchers, farmers, or AG business owners think about cutting fuel costs, the first thought that comes to mind is cutting the cost of machinery. While cutting the fuel costs of AG production machinery is an important component of increasing net profit, trucks are actually the biggest fuel drain.

Not a pocket knife, fencing pliers, a horse, a saddle or tack; not a shovel or hand jack nor a come along; not a tractor or trailer or a livestock chute, there is no tool or piece of equipment more valuable to a ranch, farm, or AG business than a pickup truck. Trucks are responsible for everything from pulling a trailer, hauling hay, moving supplies, and functioning as shelter to shuttling an AG business operator back and forth from town to run errands. An AG operation without a truck is like an office without a computer.

But pickups are expensive, particularly refueling them. Even on a typical ranch, it is not uncommon to refill a pickup two or three times a week. Every refill is a deduction from gross profit that never makes it into the net profit of a rancher, farmer, or AG business operator.

Fortunately for people interested in reducing the overhead cost of fuel so more gross profit makes it to a farmers bottom line — net profit — there are solutions for excessive fuel costs:

Global positioning satellite systems are becoming an invaluable part of agricultural operations, particularly farming. Farmers must remain aware of a wide variety of variables, everything from implement depth to steering direction. Spraying crops with fertilizer or herbicide, for example, requires taking into account a handful of processes on the spraying implement alone. A GPS system can automate many of these processes so rather than have to monitor them individually, a farmer can focus on a single instrument panel.

GPS systems have features including guidance and steering correction services that keep rows straight, flow and application controls that automatically adjust the number of chemicals applied, yield monitoring that indicates how much product remains in a tank, water management systems that ensures a proper mix and more.

GPS systems not only make the process of tilling soil, planting crops, and harvesting far less labor-intensive, they increase fuel efficiency which equates to net profit.

Idle time is the biggest waste of fuel in the world of excavation. In the world of agricultural production, the biggest waste of fuel is single-shot field operations. Each field operation — the steps required to produce a crop yield — often requires a unique implement. For example, prior to planting a seed, soil often needs tilling. But, tilling is not a single step. Tilling soil means disking it, then ripping it, then closing it into rows, then leveling the tops of the rows. Tilling the soil alone can require up to four implements which means four different passes.

A single pass on a circle — one-quarter of a section — can require anywhere from 60 to 80 gallons of fuel depending on the size of the tractor and the implement it is pulling. If a circle requires four passes just during the tilling phase, a section will require anywhere from 240 gallons to 320 gallons per pass over the course of an entire section. If a farmer owns 10 sections, that is a total of between 2,400 and 3,200 gallons. At $4 per gallon, the total cost in fuel for a single pass over 10 sections is between $9,600 and $12,800. Again, that is for a single pass over 10 sections. Four passes would be $51,000 before a single seed was planted.

The reason high-energy, big molecule chain fossil fuels are more difficult to combust is because the natural charges found in fuel molecules cause them to cluster together. Fuel clusters prevent the individual molecules from combusting because there is a lack of surface area for each molecule and surface area is a requisite of oxygenation. Without oxygen, a fuel molecule will not ignite.

That means the more stable a fuel, the less of it that burns completely. So, while diesel has a higher energy potential, in reality, a larger portion of the diesel sent through the combustion chamber of an engine goes unburned. Simply, because diesel fuel is a stable fuel, it has a lower combustion efficiency than low-energy, highly volatile fuels.

There are thousands if not millions of ways to cut costs on a farm, but the vast majority is small and amount to insignificant savings. Cutting fuel, on the other hand, can add up to thousands of dollars worth of savings. And, there are two ways by which to make the most significant fuel cost cuts: consolidation and combustion efficiency.

Any farmer who wants to increase net profit — even if gross profit remains the same — can do so by streamlining both the farming process and the equipment used to plant, grow, and harvest crops.