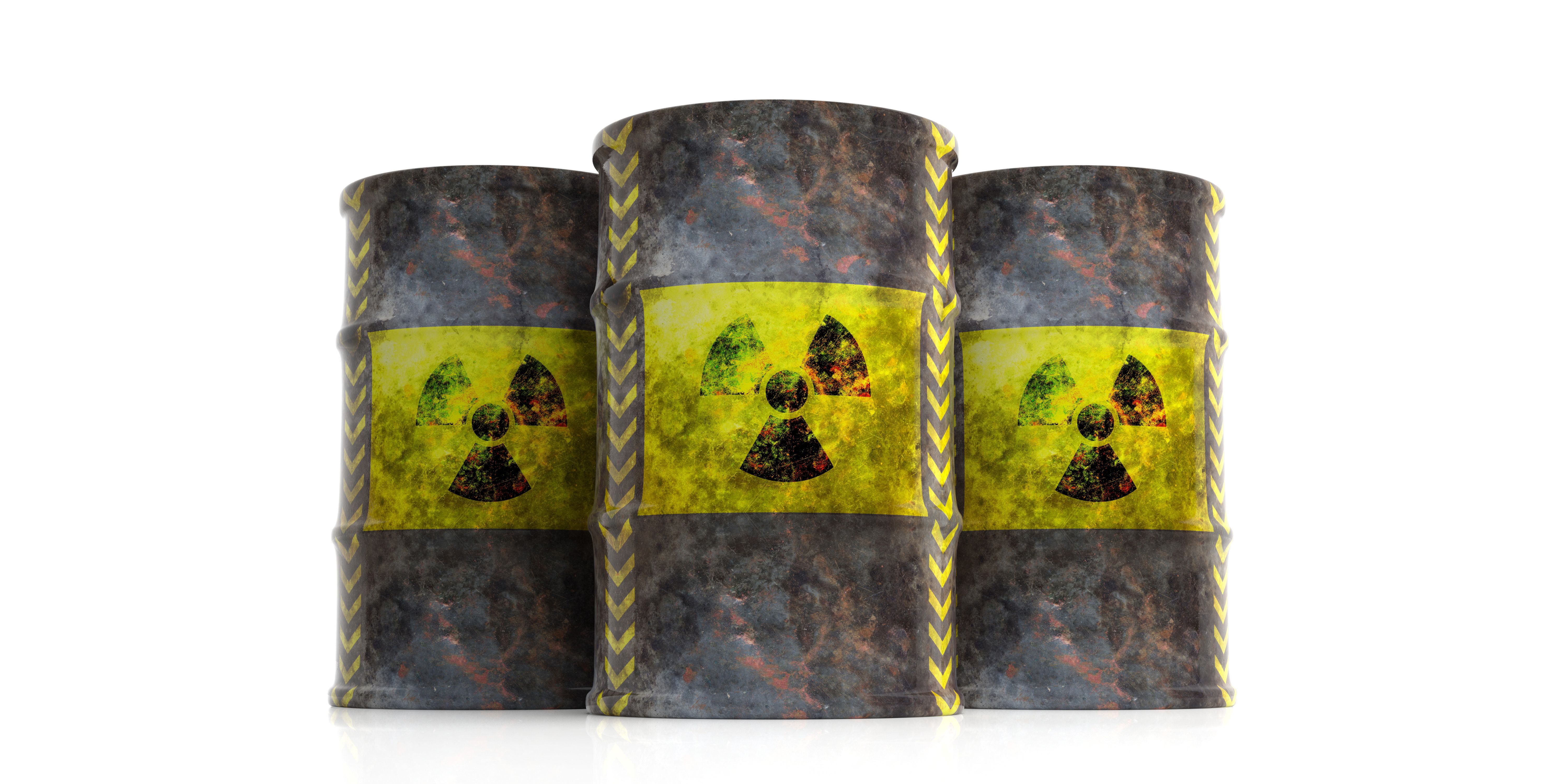 Dirtiest Fuels and Energies to Produce: Fossil Fuels vs Alternatives

It is no secret and not debatable, fossil fuels — particularly coal, gasoline, diesel, and fuel oil — pollute heavily when combusted or burned. However, the production of traditional fossil fuels does not generate tremendous amounts of emissions nor pollution during production. Though there are environmental impacts associated with extracting fossil fuels, extracting and/or producing the so-called “clean” fuel family — biodiesel, ethanol, and methane — has a greater environmental impact.

While the end of the life cycle of traditional fossil fuels — combustion or ignition — places a heavy burden on the balance of atmosphere, the beginning stages of “clean” and alternative fuels are equally burdensome. What’s more, the total impact of some of these fuels is so widespread across the carbon footprint spectrum that the entirety of the environmental impact costs cannot be entirely accounted for even by scientists.

In other words, we don’t even know just how dirty “clean” fuels really are.

And, even though it has become clear in recent years that “clean” fuels are not clean, non-fossil fuel manufacturers often market their products as “better” alternatives to fossil fuels with respect to environmental impact. According to PriceofOil.com, “For decades the oil industry has employed an ingenious yet deceitful public relations strategy in response to climate change, largely copied from the playbook refined to perfection by the tobacco barons and their spin-doctors.”

Marketing propaganda that deceives consumers is so pervasive that legislators in Europe no longer permit manufacturers of alternative fuels to use verbiage like “clean alternative” and “better for the environment.”  According to a late 2017 article in the Guardian, for example, members of the European Union questioned the legitimacy of natural gas manufacturers calling their product — which is 90% methane — “clean.”

“The Dutch advertising watchdog will on Tuesday censure Shell and Exxon for claiming that natural gas was ‘the cleanest of all fossil fuels’ in an advert earlier this year. It will be the second time this summer that the Netherlands advertising standards board has ruled against the fossil fuels industry after it slapped down Statoil in June for calling a gas a ‘clean energy’ and “low emissions fuel”.

Other types of alternative fuels are much more complex with respect to production. Because of the complexities of producing “clean alternatives” like biodiesel and ethanol, understanding exactly what these fuels do to the environment over the course of their life cycles requires far more complex formulas of evaluation.

Still, it is more important to understand the effects of natural gas on the environment than any other fossil fuel alternative because of the extent of its use on an international scale and just how devastating it can be to the environment.

However, combustion emissions are only a small part of the story with respect to natural gas. While it has a green-sounding name, natural gas is not environmentally friendly. That is because natural gas is a greenhouse gas. Natural gas is methane.

Methane is one of the most potent greenhouse gases on the planet. Carbon dioxide is the standard by which all greenhouse gases are measured with respect to global warming potential. Methane has a global warming potential (GWP) that is 86 times that of carbon dioxide over a 20-year period and 34 times the GWP of CO2 over a 100-year span. And, natural gas is 98% methane.

How Methane Gets into the Atmosphere

The biggest problem with fugitive methane gas — methane that leaks out of the wells, transport pipes, holding tanks, natural gas conditioning plants, etc. — is that methane is invisible and odorless. In other words, there is almost no way of knowing a natural gas leak is occurring without special equipment. As such, most individuals and corporations responsible for fugitive methane leaks are not even aware of their folly.

“Researchers at NOAA report finding methane – the primary component of natural gas – leaking from the entire natural gas supply chain, from extraction to storage to transmission. The leaks can come from improperly sealed fittings, faulty valves, and compressors, improperly closed hatches and many other sources, stemming from both human error and equipment failure,” wrote the Guardian’s Leah Messinger.

How Big is the Fugitive Methane Problem

Again, methane is a colorless, odorless gas. An oil spill is visible as is coal. Gasoline and diesel smell. But, there is no way for a person to detect a methane gas leak without special equipment and that leads to a tremendously problematic situation.

“With about 500,000 existing natural gas wells, thousands of miles of pipeline, and a growing interest in natural gas development, we’ll never have a truly complete picture of the amount of methane being emitted,” explain James Bradbury and Michael Obeiter of the World  Resources Institute.

Nevertheless, the Environmental Protection Agency attempts to make estimates. For example, in 2011 the EPA determined that “more than 6 million metric tons of fugitive methane leaked from natural gas systems in 2011. Measured as CO2-equivalent over a 100-year time horizon, that’s more greenhouse gases that were emitted by all U.S. iron and steel, cement, and aluminum manufacturing facilities combined.”

However, natural gas is not the only dirty energy to produce. “Alternative” fuels like ethanol and biodiesel have a nasty history as well.

For more than a decade now, biodiesel basked under the glow of a “clean alternative” label. But, as the international community begins comparing notes, it turns out that not only are there negative social and economic repercussions to biofuels, they might not be as environmentally friendly as previously advertised.

The biggest issue is palm oil. Palm oil is the most popular vegetable oil in the world. “At 66 million tons annually, palm oil is the most commonly produced vegetable oil. Its low world market price and properties that lend themselves to processed foods have led the food industry to use it in half of all supermarket products.” However, it is absolutely devastating with respect to the environment and the people who live and work around palm oil mega-farms.

For one, palm oil produces 107g CO2 equivalent per megajoule of fuel (CO2/mj) as compared to 87.5g CO2/mj for crude oil according to OilPrice.com. Obviously, the only way to justify using palm oil to create biofuel is if palm oil biofuel produces a smaller carbon footprint than crude oil. When the entire life cycle of palm oil is taken into account, it becomes clear that palm oil actually generates a larger carbon footprint, a fact that defeats the purpose of palm oil biodiesel.

“Calculating the carbon emissions of a biofuel must also include the natural forests and wetlands that are destroyed in the construction of plantations to grow the crops. Taking this into account it is immediately clear that palm oil and soybeans are unsupportable as sources of biofuel.”

Robbie Blake, biofuels campaigner, at Friends of the Earth Europe, said, “It’s getting quite indisputable that the use of soy or palm oil to fuel our cars is even dirtier than conventional fossil fuels. Forests in Asia and South America are being destroyed by the expansion of plantations to meet the European market. It’s a delusion for politicians to think that biodiesel will solve climate change.”

For years, ethanol was hailed as the clean alternative to fossil fuels, a the very least, the clean alternative to gasoline. The reality of ethanol is, however, “Ethanol is stupid, wasteful, and bad for cars (because it’s corrosive and inefficient), the economy, and the environment.” Originally, the idea behind ethanol was that it is better for the environment than petroleum because it contains less carbon. Therefore — at least it was thought — ethanol leaves a smaller carbon footprint than gasoline.

It turns out that ethanol is not better for the environment. Not only does ethanol produce more emissions — particularly during the production and refinement stages, — ethanol leaves a much bigger impact with respect to land use quantities, soil erosion, the sterilization then poisoning of land with chemicals, and biodiversity than fossil fuels.

A 2016 study conducted by Professor John Decicco from the University of Michigan claims that ethanol pollutes more than petroleum. “When it comes to the emissions that cause global warming, it turns out that biofuels are worse than gasoline.” Furthermore, even if ethanol was a cleaner fuel than gasoline, it would not be possible to fill the U.S. demand. “Science writer Matt Ridley has estimated that if all of our transport fuel came from biofuel, we would need 30 percent more land than all of the existing food-growing farmland we have today.”

And, the fact is, higher emissions and an inability to meet current demands may not even be the biggest issue. “All of the corn we grow requires vast amounts of fertilizer, which runs into our waterways and out to the Gulf of Mexico. Every year that runoff creates a massive — and growing — a dead zone that kills sea life in one of our most valuable fisheries. According to the National Oceanic and Atmospheric Organization, ‘Habitats that would normally be teeming with life become, essentially, biological deserts.’”

And how big are the dead zones created by the fertilizer run-off that spills into the ocean? In 2013 it was the size of Connecticut. Ethanol has turned out to be anything but the environmentally conscious “clean alternative fuel” it was originally advertised as. In fact, it can fairly be argued that ethanol and biodiesel have become an environmental nightmare.

The Federal Trade Commission does not curtail car manufacturers from advertising electric vehicles (EV) as “zero emissions.” The FTC’s endorsement guide is titled, “Being Up Front with Customers.” The title page to their advertisement endorsement guide has a slogan, “Truth in Advertising and Marketing.”

By the letter of the law, electric vehicles do not pollute, not directly. But if the spirit of FTC mandates was taken into account, EV manufacturers could not call their cars “zero emissions.” The electricity that powers electric vehicles comes from power plants. According to the Washington Post, 30 percent of the electricity comes from natural gas — methane, maybe the largest contributor to global warming of all emissions; — 35 percent is generated from burning coal, and another 20 percent comes from nuclear reactors.

“The result is eye-opening. The report — authored by Michael Sivak and Brandon Schoettle — notes that an electric car recharged by a coal-fired plant produces as much CO2 as a gasoline-powered car that gets 29 miles per gallon. (For context, the average mpg of all the cars, SUVs, vans and light trucks sold in the U.S. over the past year is 25.2 mpg.) A plug-in recharged by a natural gas-powered plant is like driving a car that gets 58 miles per gallon.”

In other words, an electric car is anything but emissions free. And, that is only the emissions produced generating electricity for the vehicle post-manufacture. “A separate study from the Union of Concerned Scientists found that depending on the type of plug-in being built, manufacturing a battery-powered car generates anywhere from 15% to 68% more CO2 emissions than a conventional gas-powered car. The reason is that producing the batteries is incredibly energy intensive.”

While EVs may be — technically — emissions-free, driving an EV is anything but.