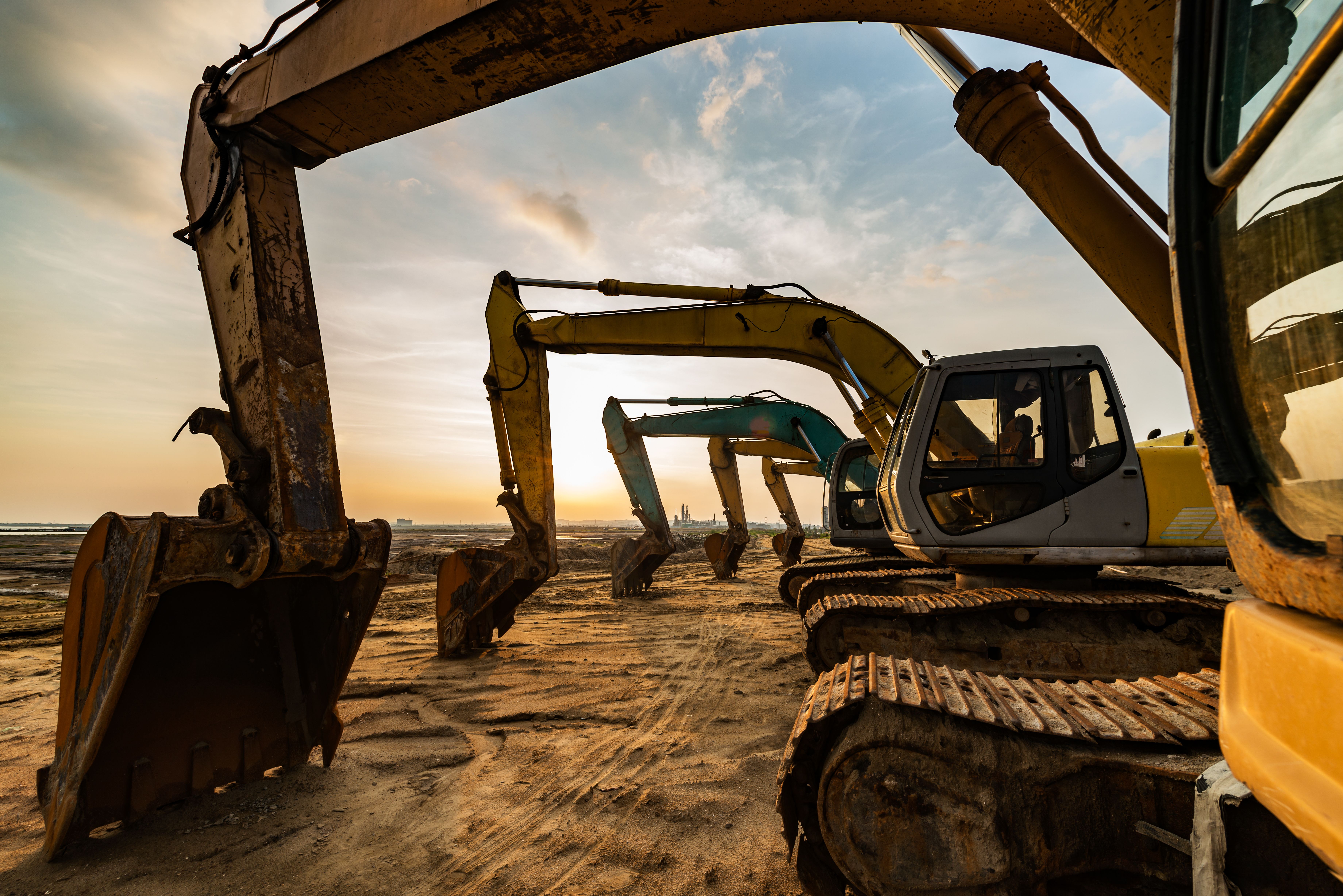 As the website Fuel and Friction explains, “A modern internal combustion engine is comprised of dozens of moving parts. Without proper oiling, these parts run against each other with tremendous speed, creating friction which then leads to heat. This heat can wear the mechanical parts of an engine and lead to bad performance under the hood. Worn parts due to friction cause havoc with gas mileage and emissions since the engine are pushed to work harder. Wear on the engine’s vehicle is a primary known cause of less efficient burning of fuel.”

Proper oiling is a function of two variables. The first is oil lubricity. The second is oil cleanliness. When engine emissions buildup on the internal components of an engine, the affected parts stress, and fatigue. Additionally, the oil that lubricates the engine begins moving the hydrocarbons and particulate matter throughout the engine creating friction between the parts of an engine as a whole.

Hydrocarbon and particulate matter buildup on the internal components of an engine, contaminated oil stress and wear out an engine. By generating friction and heat, emissions are a primary catalyst of engine fatigue, a major culprit in the shortening of engine life.

How Emissions Shorten the Life of an Engine

At the most fundamental level, hydrocarbon and emissions buildup is a problem for one reason: friction. Friction causes wear, but more importantly, friction generates heat — tremendous amounts in the case of an internal combustion engine. And, nothing is harder on an engine than excessive heat.

Heat deforms seals and ruins gaskets. Heat bends and warps rods. Heat cracks heads and blocks. Simply, heat is the saboteur of internal combustion engines, both compression diesel engines, and spark-fired gasoline engines. Regardless of make, model, combustion type or the age of the vehicle, heat can destroy an engine in a matter of minutes.

“Without oil, your car would produce excessive heat, heat causes friction, and friction produces wear. Wear is enemy number one to your engine,” explains Craig Kerwood of StreetDirectory.com.

If a person were to drain the oil from an engine and start it, the heat produced by the friction between the moving parts of the engine will do significant damage: irreparable permanent damage likely.

Even slight variations in temperature can damage an engine.

Heat and engine are self-perpetuating problems. Heat breaks down the lubricating properties of the in turmoil. Viscous oil allows for the generation of even more excessive heat. Excess, in turn, breaks down engine parts.

And the primary cause of heat in an engine? The biggest culprit with respect to premature wear on the internal components of an engine is emissions debris from unburned fuel.

Effect of Emissions on Motor Oil

“While carboxylic acids by themselves are bad news and can cause acidic corrosion, an increase in acid number is usually a harbinger (forerunner) of an even more damaging chemical process – the formation of sludge and varnish. Sludge and varnish form when oxygenated reaction by-products, such as hydroperoxides and carboxylic acids, combine to form larger molecular species. When a number of such molecules combine, the process is termed polymerization and results in the formation of large molecules of high molecular weight.

Because the viscosity of oil is directly related to the size of the molecules, any degree of polymerization will result in an increase in the measured viscosity. Allowed to progress too far, polymerization continues to such an extent that solid material – sludge and varnish – forms in the oil, as the molecules become too large to remain a liquid. This material is sticky and can cause filter plugging, fouling of critical oil clearances and valve stiction in hydraulics systems.”

More simply stated, emissions buildup on the inside of an engine results in engine inefficiency and wear. The less complete the combustion of a fuel, the more hydrocarbons and particulate matter buildup on the internal components of an engine and in motor oil. Viscous oil leads to friction and friction generates heat.

How Much Damage Do Emissions Do to an Engine and How Quickly?

Understanding just how much damage emissions are doing to a vehicle, truck, or piece of equipment is difficult to gauge. The dilemma is measuring how much damage thermally cured hydrocarbons and particulate matter buildup is doing to an engine. But, doing so is not an easy task. For one, there are a wide variety of different types of sludge and varnish. According to MachineryLubrcation.com, the following types of sludge and varnish occur:

To determining how much damage emissions do to a diesel engine, two sets of data are necessary.

Hydrocarbon and Particulate Matter Build Up in Engines from Emissions

How to Measure Diesel Engine Emissions

There are two units of measure for emissions. The first unit of measure is parts-per-million. Once the parts per million of a specific emission in the exhaust of a diesel engine is recorded, that sum can be converted into a volume measurement.

“Emission concentrations and mass flow rates are recorded second-by-second during the testing and are stored in a database. The raw emission gas concentrations are then converted from concentrations in parts-per-million (ppm) to mass emission rates in grams per second, using algorithms for the gas analyzers which account for parameters such as emission densities, exhaust flow rates, and differences in dry and wet gas measurements. This is carried out for CO2, CO, HC, NOx and PM.”

Infrared spectroscopy, used in combination with an opacity meter, is commonly the instrument with which the parts per million of a specific emission in the exhaust is measured — carbon dioxide, carbon monoxide, hydrocarbons, nitrous oxides, and particulate matter, for example.

What Infrared Spectroscopy Is

In addition to measuring the gas emissions in exhaust, infrared spectroscopy can also measure oxygenated reaction by-products — hydroperoxides and carboxylic acids, — “Fourier transform infrared spectroscopy (FTIR), which measures the degree of infrared absorption in different parts of the infrared spectrum, can be an excellent tool for pinpointing base oil oxidation.”

A spectrometer is valuable for both providing data and information regarding the type and amount of contaminants in oil as well as the chemical makeup of exhaust emissions.

What is an Opacity Meter?

Another means of analyzing the emissions in a motor’s exhaust is an opacity meter. Opacity meters quantify the amount of visible pollution in emissions, particulate matter and black smoke. Unlike infrared spectrometers that measure the invis, opacity meters provide data with

“These instruments have been designed to quantify the visible black smoke emission utilizing such physical phenomena as the extinction of a light beam by scattering and absorption. Opacity limits are used in most inspection and maintenance (I&M) or periodic technical inspection (PTI) programs for diesel engines,” according to Diesel.net.

How to Measure Damage to Engines from Emissions

Measuring the fatigue strength (load capacity) of the internal components of an engine almost always requires a disassembly of the engine. Determining the damage done to the internal components of an engine by gases and debris from emissions buildup and contamination requires a visual inspection. “The engine should be disassembled to determine the extent of erosion, and the degree to which the contaminant may have entered critical areas in the engine.”

Maintaining the State of an Engine Through Emissions Reduction

So, condition based maintenance begs the question, how is incomplete combustion prevented?

Incomplete combustion can be the effect of a variety of variables. One variable is the very nature of fossil fuels. Contrary to the visible appearance of fossil fuels, they are not homogenous mixtures. On a molecular level, fossil fuels are clusters of — among other things — carbon and hydrogen, the two components of fossil fuels that combust. Ideally, carbon mixes with oxygen and combusts to make carbon dioxide. If carbon clusters burn incompletely, the effect is carbon monoxide and solid carbon compounds called amorphous carbon, aka, black smoke.

Likewise, if oxygenated hydrogen does not burn completely, it reacts with atmospheric and petroleum contaminants like nitrogen and sulfur to produce nitric acid and sulfuric acid. Not only are these chemical compounds hazardous to the health of the atmosphere and humans, they wreak havoc on the internal components of an engine.

To protect an engine from the chemical compounds produced by an incomplete burn, the only solution is to generate a clean burn. That requires fuel conditioning prior to combustion.

A pre-combustion catalyst induces a clean burn by conditioning fuel for oxygenation. Almost always and without exception, incomplete combustion is the consequence of un-oxygenated carbon and hydrogen in fuel not combusting.

The noble metals in the Rentar Fuel catalyst neutralize the charge that binds carbon and hydrogen molecules together in clusters. When the fuel molecules on the inside of a cluster do not have sufficient surface area exposure to oxygenize, they do not combust. Hydrogen and carbon molecules failing to combust is the working definition of an incomplete burn.

The Rentar Fuel Catalyst reduces CO2, CO, NO, NOx, and SO2 by 19.2 percent. Black smoke reduction from the Rentar reaches almost 45 percent. Additionally, the Rentar reduces elemental and organic carbons by 35 percent and cancer causing volatile organics like benzene, toluene, ethylbenzene, acetaldehydes, xylenes, and 1, 2, 3, trimethylbenzene by between 35.4 percent and 58.7 percent.