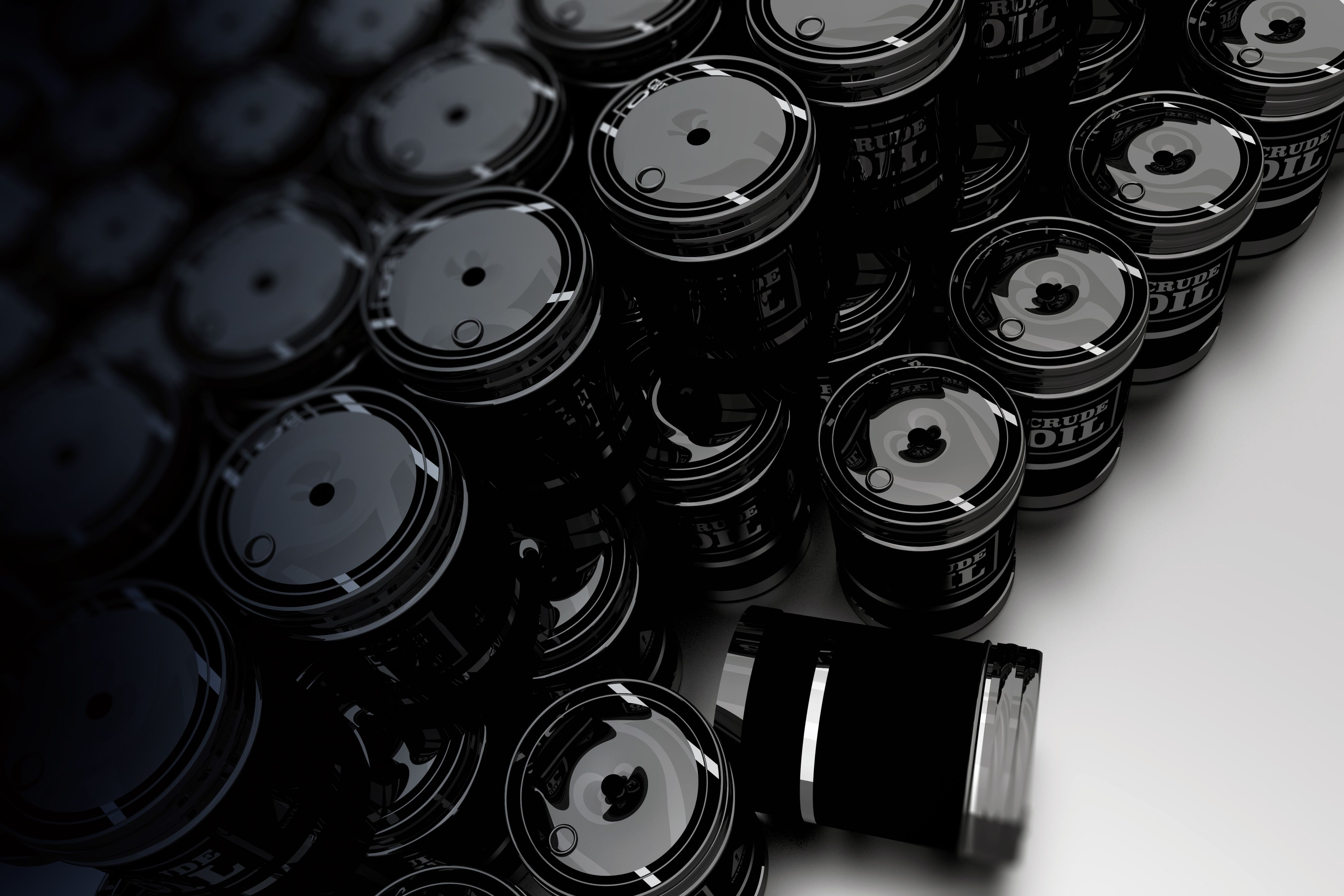 Fossil Fuel Components of Crude Oil and What Makes Them Different

While the notion of a barrel of oil is just as common in everyday vernacular as the idea of a bottle of water, what crude oil is made of is a mystery to most people. “What is crude oil made of?” is the question that requires a lengthy explanation, even though it is also very simple — and accurate — answer.

The EPA’s textbook answer to the question what is crude oil is — “crude oil is unrefined petroleum.” The EPA’s definition is akin to saying ice cream is a frozen dairy product.

While true, the answer does not begin to explain what crude oil is made of.

A more accurate, though equally elementary, the answer is: crude oil is a heterogeneous mixture of hydrocarbons. Still, that does very little to detail the components of crude oil. The reason a more in-depth explanation is necessary is that the valuable components in crude oil — hydrocarbons — fall into different categories and types.

What Other Value do Hydrocarbons Have?

Almost everything synthetic is a product of fossil fuel hydrocarbons. The hydrocarbons in a barrel of oil constitute the chemical construct of everything from pharmaceuticals, antihistamines, lipstick, dentures, balloons, to charcoal briquettes.

Hydrocarbons are the single most important utility commodity in the post-industrial world.

The simple answer to, “what is crude oil?” — the answer being hydrocarbons, — prompts another question, “what are hydrocarbons?” As the name implies, hydrocarbons are molecules made of carbon and hydrogen bonds and chains.

What are the Primary Hydrocarbons in Crude Oil?

“Because of the differences in composition, correlations developed from regional samples, predominantly of one chemical base, may not provide satisfactory results when applied to crude oils from other regions,” explains PetroWiki.com

Crude oil types are typically lumped together with respect to the region from which they are taken. That means there are hundreds of types of crude oil because every barrel of crude oil from every well from every region on Earth is different. Still, to simplify the categorization of crude oil, there are only a few dozen types that have been tracked historically.

There are only five types of crude oil the oil industry recognizes universally: Boscan, Maya, Arabian Light, West Texas Intermediate, and Bass Straight. All other crude oil types typically fall into the specifications of one of these five types.

Though there are different kinds of crude oil, most crude oil types have relatively similar carbon and hydrogen makeups. “Regardless of variations, however, almost all crude oil ranges from 82 to 87 percent carbon by weight and 12 to 15 percent hydrogen by weight,” according to Encyclopedia Britannica. “Those elements form a large variety of complex molecular structures, some of which cannot be readily identified.”

It is how hydrogen and carbon combine to make fuel molecules and molecular chains that determine the types of hydrocarbons in crude oil. And, differences in crude oil types lead back to the same question, “what are the different hydrocarbons found in crude oil?”

Why the Differences in Hydrocarbon Types in Crude Oil?

In its natural state, crude oil is a liquid, a fuel that is the product of three components: biomatter, heat, and pressure. Oilprice.com explains,

“Most of the oil we extract today comes from the remains of prehistoric algae and zooplankton whose remains settled on the bottom of an Ocean or Lake. Over time this organic material combined with mud and was then heated to high temperatures from the pressure created by heavy layers of sediment. This process, known as diagenesis, changes the chemical composition first into a waxy compound called kerogen and then, with increased heat, into a liquid through a process called catagenesis.”

Different types of biomatter — plant or animal tissue — exposed to varying amounts of heat and pressure, a consequence of being buried under sediment and rock, resulting in an incredible variety of different types of hydrocarbons.

Percentages of Different Categories of Hydrocarbons in Crude Oil

The four primary hydrocarbon types have sub-types and that is the reason there are thousands of different hydrocarbons in a single barrel of oil. But, the four categories are relatively uniform — across the board — in all crude oil.

The significance of Differences in Hydrocarbon Chains and Molecules

How Many Different Fossil Fuels are found in Crude Oil?

What Hydrocarbons are Different Fossil Fuels Made of?

Diesel contains different types of hydrocarbons than gasoline, “If the structural analysis is also considered, a mean molecular formula can be found (i.e., with the whole number of atoms and typical carbon-chain length, as C11H21, or C12H23, or C12H26, or C13H26, or C14H30; dodecane and tridecane are the most usual surrogates).”

Which Fossil Fuel is the Most Valuable?

There are a number of ways of valuing fossil fuel hydrocarbons. One way is to simply take the market value of a particular fossil fuel type and compare it to the rest. In that case, kerosene is probably the most valuable followed by the conglomerate of other hydrocarbons in a barrel of oil that are used to produce things like plastics and cosmetics. Low sulfur diesel and gasoline are somewhere in the middle of the price range. At the bottom are heating oil, heavy fuel oil, and hydrocarbon gas liquids — liquid natural gas and propane, for example.

But with respect to energy potential, diesel, heating, and heavy fuel oil, and kerosene are the most valuable. While gasoline has the largest fossil fuel market share, it is a relatively inefficient fossil fuel on a volume scale. Gasoline does not have a high energy potential in relation to many of the other fossil fuels found in a barrel of crude oil.

Which Fossil Fuels in Crude Oil Have the Highest Fuel Density?

The fossil fuels with the highest density are fuel oils, kerosene, anthracite coal, and diesel. In the mid-range are the different octane grades of gasoline as well as low-grade coals. The least dense fossil fuels are those fossil fuels that are gases like methane and propane.

Which Fossil Fuel Hydrocarbons in Crude Oil are the Most Polluting?

There is a misconception that those fuels with the most fuel density — meaning the carbon-to-hydrogen ratio is high — pollute the most. And, on a volume scale, they do. But, that does not mean high-energy density fuels are bigger polluters. The reason low-energy fuels like gasoline and gas-state fuels are actually bigger polluters is that more low-energy fuel must combust before a requisite amount of energy is produced.

Take diesel versus gas as an example. Though diesel emits slightly higher emissions on a volume scale, a diesel powered vehicle travels between 25% and 35% farther than a gas engine. In other words, if a gallon of diesel produces 5% more emissions than a gallon of diesel, but a gasoline engine requires 30% more fuel to travel an equal distance, that means over the course of a trip, the gasoline engine will produce far more emissions than the diesel engine.