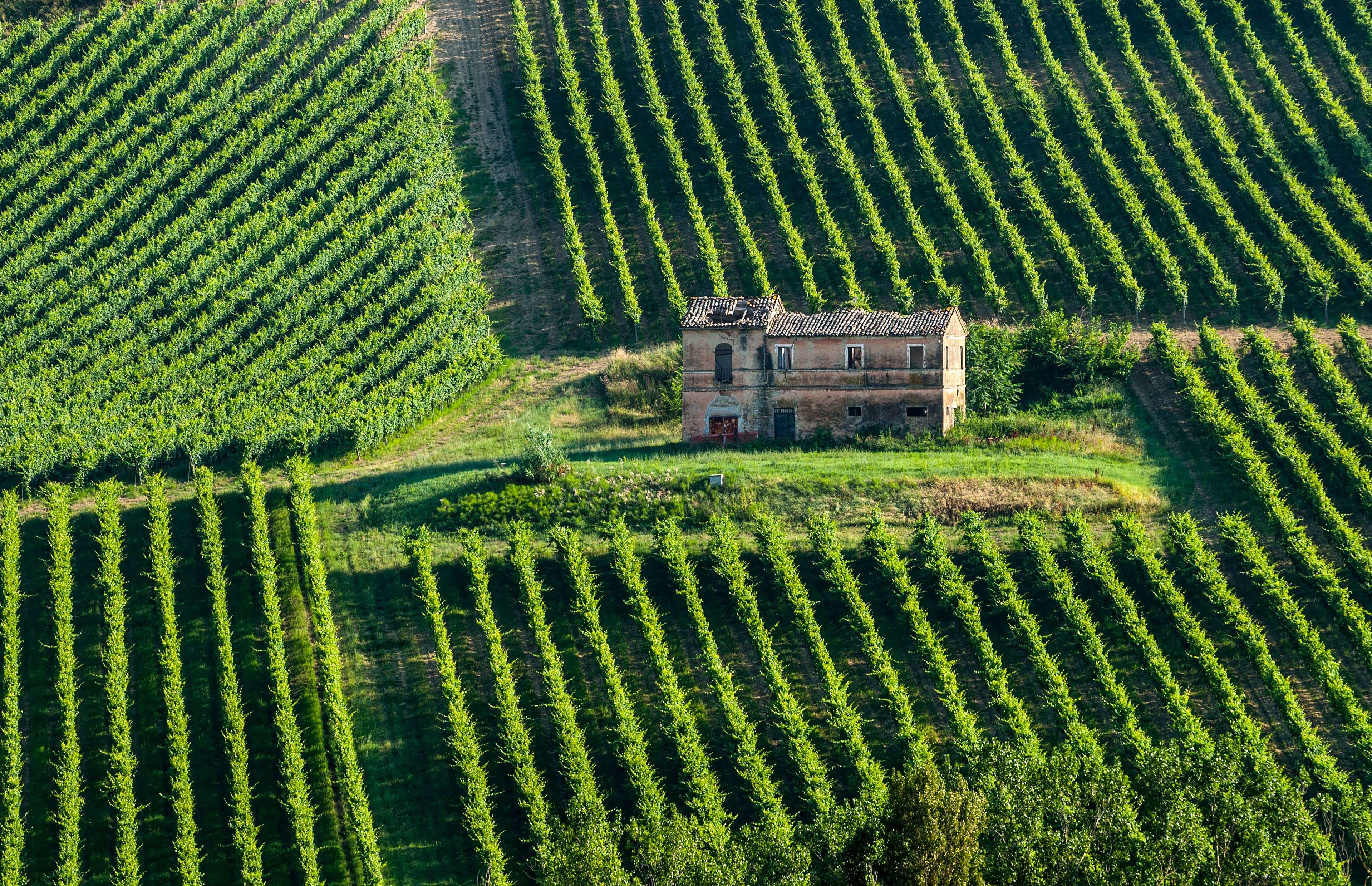 A farmers personal income, while it may seem like the sum of a wide range of factors and variables, is as simple as two words: net profit. There are only two kinds of profit, net and gross. Gross profit is the most important of the two because gross profit is the amount of money a farm generates from one year to the next. But in reality, gross profit means very little with respect to the financial state of the farmer himself.

While a big profit margin can be an indication of a healthy and thriving business, if the gap between gross and net profit is too wide, the farmer himself can be barely scraping by to survive. So, the objective of every farmer in the Americas — or around the world for that matter — is to have a high gross profit margin and the smallest possible difference between gross and net profit.

And, the secret to narrowing the gap between gross and net profit?

Unfortunately, there are a limited number of ways by which to reduce farming costs. The price of seed is set by the market. So too is the price of equipment and implements. Parts and maintenance costs are not something a farmer can control. Nor is the price of labor. Fertilizer, pesticide, and herbicide costs are out of the control of a farmer.

One of the few means by which to reduce farming costs is cutting fuel costs. Simply, in order to cut fuel costs, a farmer must accomplish the same amount of work while using less fuel to do so. That means streamlining an operation, something that is easier said than done.

It is tempting to think that the simplest means of cutting fuel costs is to buy cheaper fuel. However, the fact is that buying cheaper fuel does very little to increase net profit. Even if a farmer were to save 10 cents per gallon and even if that machine were to use 60 gallons a day and that machine was to run year around — 365 days — the total savings would only be $2,190 per year. That is only $182.5 per month, roughly $6 per day. And, with very few exceptions, almost no piece of machinery on any farm in the world uses 60 gallons of fuel a day year round.

More importantly, purchasing cheap fuel is extremely hard on equipment. The money saved by buying cheap fuel inevitably goes back into parts and maintenance. Buying cheap fuel typically means buying fuels high in sulfur. Sulfur oxidizes the internal components of an engine, not to mention sulfur oxides are the primary catalyst of acid rain. So, not only does cheap fuel not save farmers a substantial amount of money, it damages machinery and creates even greater costs in the long run.

In order to save considerable amounts of money by cutting fuel costs, the solution is using considerably less fuel, not buying fuel of less quality.

Fuel consumption on a farm consists of two types: equipment/machinery and truck. To think that a truck is just another piece of equipment on the farm is a mistake. A farm truck uses a substantial amount of fuel, considerably more than almost all other pieces of machinery over the course of a year. More than even a tractor.

Minimize Use of Gasoline Farm Trucks

The assumption would be that machinery uses the most fuel, but in fact, a farm truck generally requires more fuel than any other piece of machinery. Tractors, track tractors, windrowers, hay balers, hay stackers, potato harvesters, etc. are task-specific machines. In other words, there is only a certain time of the year they are in use. While tractors are in use year-around, only during specific times of the year are they in use all day for weeks on end.

A truck, on the other hand, is in use every day — generally all day — from early January until late December. It is not uncommon for a farm truck to require a fresh tank of fuel every three to five days. Trucks transport farmers from home to the barn, field, shop, or equipment staging area. A truck is used for every trip into town for parts and supplies. A farm truck runs kids to school and makes trips to the grocery store. A truck shuttles a farmer into town for a box of doughnuts in the morning, to lunch at the local diner, and to dinner with the family after work.

A work truck is the single most valuable piece of machinery on a farm, bar none, without question. But, farm trucks also use a tremendous amount of gasoline. And, farms trucks with gasoline engines use far more fuel than a diesel-powered farm truck.

There are three ways to cut the cost of fuel for a farm truck:

Some of the most wasteful aspects of farming, with respect to fuel costs, are multi-pass field operations. Rather than accomplishing a variety of field operations in a single pass, a number of passes are often required to prepare, seed, and fertilize a field. Then, more passes are necessary in order to protect crops from weeds and insects. Depending on the size of an operation, each pass can require hundreds of gallons of fuel.

Combining field operations is a means of converting gross profit — typically from last year’s crop — into this year’s net profit. Take, for example, the preparing of soil. There are generally four steps: disking, ripping, closing, and leveling. These four processes, depending on the implements used, can generally take anywhere from two to four passes.

If diesel fuel costs $4 per gallon and each pass over a circle (one-quarter of a section) requires 150 gallons — 75 gallons a day, — the total cost can be up to $2,400 per section. If a farmer owns 10 sections; that is $24,000 in fuel before a single seed is planted. That is before fertilizer. That does not count herbicide. Then, at the end of the growing season, the crops must be cut or dug up.

Using combination implements and combining tasks can save substantial amounts of money. A combination ripper, one that has disks, rippers, closing disks, and a leveling attachment can reduce four passes to one. The same can be accomplished with respect to seed, fertilizer, and herbicide.

By seeding and fertilizing at the same time and by using genetically modified crops that are insect resistant, for example, a farmer can reduce the number of passes required per year. Combining field operations is another means of reducing the drain on gross profit and, instead, converting it into net profit.

The benefits of telematics (GPS) for heavy equipment pipe and flatwork operations are obvious. The need for telematics on a farm is not quite as apparent, but telematic GPS systems can be equally profitable with respect to fuel savings. While it may seem that a farmer would have fewer obstacles that produce idle time, the fact is, farming is as complex — if not more complex — than excavation.

There are a large number of errors a farmer can make when tilling the soil, planting seed and spraying and cutting/digging up crops. Veering off course means making another pass to correct the error or lose precious space on a circle that goes unused for a season. Ripping soil too deep is a waste of fuel because it places an unneeded burden on an engine and forces it to work harder — which means burning more fuel — than necessary. Constantly adjusting the seed flow of an implement means getting off the machine repeatedly which means engine idle time. Adjusting water flow out of tanks produces the same problem.

Telematics systems can monitor and correct all these problems. From keeping rows straight to automatically adjusting the flow, a telematics GPS system can keep a tractor and its implements running at optimal efficiency.

The Rentar Fuel Catalyst reduces the fuel consumption of all diesel-powered engines, not just diesel trucks. The reason being, all diesel engines run on, obviously, diesel and diesel is inherently subject to low combustion efficiencies. Low combustion efficiency means that not all of the fuel molecules in a fuel produce energy. In the case of diesel engines, a portion of all the fuel that passes through the combustion chamber escapes out the exhaust unburned or partially burned.

The reason a portion of diesel does not burn is that while diesel has an extremely high energy potential in relation to other fossil fuels, diesel is also extremely stable. That means igniting, burning, or combustion of diesel fuel is more difficult than igniting, burning, or combustion more volatile fossil fuels. Both the reason diesel has a higher energy potential than other fossil fuels and the reason it is more stable is that of the size of the hydrocarbon molecules in diesel.

The noble metals in the Rentar Fuel Catalyst, similar to the noble metals in a catalytic converter, neutralize the charge that binds hydrocarbon molecules together in clusters. By breaking up the hydrocarbon clusters in diesel, the Rentar increases the combustion of diesel fuel which means a higher percentage of the fuel burns. By increasing the combustion efficiency of diesel, the Rentar reduces the volume of diesel required for a given operation.

Literally, the bottom line for every farmer is the same, net income. Increasing net profit is a product of reducing costs. Cutting fuel consumption has the potential to be the most lucrative means of generating higher net profit and the key to cutting fuel costs is consolidation and combustion efficiency.

Every farmer, regardless of the size or success of their farm, should make cutting fuel costs its highest cost-cutting priority.