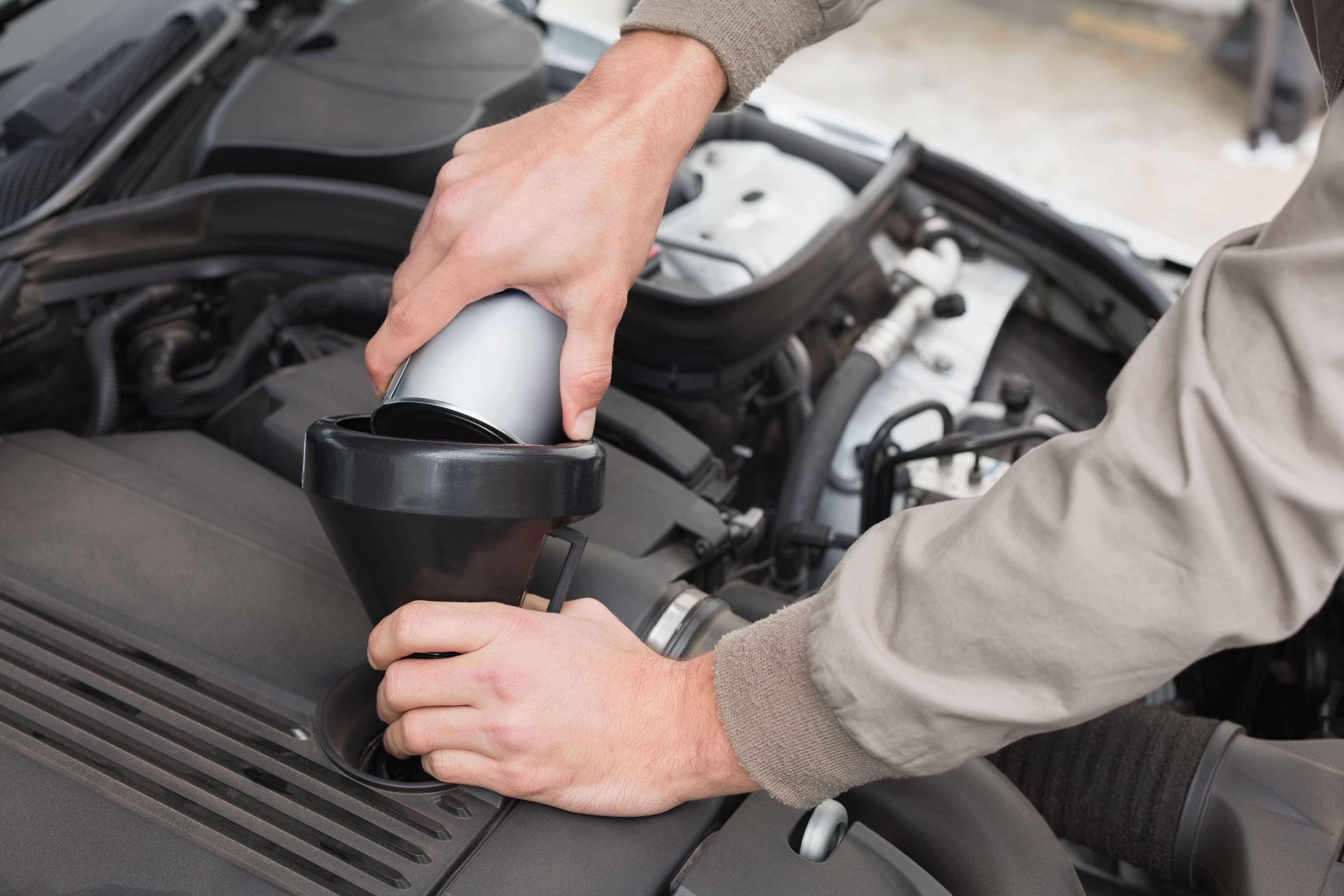 Purpose of Fuel Additives: Valuable, Though No Factor in Fuel Economy

What Are Fuel Additives Used For

The purpose of fuel additives can be confusing. Marketers often either use misnomers to label them or imply that fuel additives and treatments produce results which they cannot.

As Bell Performance explains, “There are thousands of fuel additive products out there, all claiming to be awesome.” So, how does the owner of a vehicle, truck, or piece of heavy equipment decide which one is best?

By knowing what the acting agent is in an additive and treatment and what that chemical compound does to/for an engine.

To understand the purpose of fuel additives, it is important to categorize each in order to determine which type you need. On the most fundamental level, there are three types: fuel additives and treatments for diesel, those for petroleum, and those that work for both compression diesel engines as well as spark-fired gasoline engines.

However, to get down to the source of an engine’s needs, an owner must determine which of the four principal types of additive or treatment is required. The four most common types of additives and treatments are:

The purpose of fuel stabilizers is to extend the life of a fuel. All fuels have a shelf-life.

According to BP Limited, diesel has a longer shelf life than petroleum. “Diesel is not volatile and so does not suffer from starting issues. When stored under cover in sealed containers it will last for 1 year but it can last longer. The main issue with diesel fuel in storage is the formation of gums and sediments that block filters; this is associated with darkening in color.”

Another additive in fuel stabilizers is hydrotreated light naphthenic distillate solvent extract, aka, mineral oil or petroleum distillates. Hydrotreated light naphthenic distillate solvent extract, “is a substance which makes up the majority of many fuel stabilizers. It works to prevent changes in the chemical makeup of solutions to which it is added. It is also used in antifreeze, engine flushes, seals, and lubricants.”

And, most manufacturers have “proprietary” or “trade secret” formulas, the secret ingredients that make their fuel stabilizers better than their competitions’.

According to one manufacturer of a biocide additive, “[biocides] eliminate and prevent the growth of bacteria that can contaminate diesel fuel and cause blockages to fuel filters and lines, resulting in degraded engine performance.”

Because biocides are essentially pesticides and registering a pesticide with the EPA is an extremely expensive and involved process, “As a result, there are far fewer formulations than there are products on the market. Most products piggyback on existing registrations. Products within any registration are virtually the same and can be expected to deliver similar results.”

The active ingredient in the majority of the fuel biocide products available are typically one of the following.

Fuels combust as the result of one of two stimuli: exposure to a spark/flame or from compression. It is critical that diesel engines ignite diesel at a specified compression ratio. It is essential that the pressure in a spark-fired engine’s piston cylinders do not compress gasoline to the point it combusts.

If diesel pre-combusts in a compression engine, the result is a loss of energy — power. If gasoline pre-fires, the result is pinging/knocking and potentially damage to the engine. So, the cetane/octane rating of a fuel must be set to combust at a specified combustion ratio. The compression ratio of diesel and gasoline are set by the cetane/octane rating. The higher the rating, the more pressure required to combust a fuel.

“Contrary to some propaganda, alkyl nitrates still offer the greatest improvement in cetane number, with measured increases of up to eight points. When it comes to alkyl nitrates, 2-Ethylhexyl nitrate (2-EHN) is the most popular and most respected. It offers more consistent ignition quality whilst reducing unwanted and negative combustion conditions,” explains a manufacturer of cetane/octane additives.

All fossil fuels have paraffin. Paraffin is a waxy solid mixture of hydrocarbons that are whitish/translucent and are flammable. Typically, paraffin is a positive and are associated with fuel density. The greater the fuel density of a fuel, the more paraffin. Diesel and heating oil have high levels of paraffin.

In order to counteract the effects of alkanes on an engine in cold weather, drivers and operators add cold flow improver additives to diesel.

“Normal paraffin can comprise up to 30 percent of a typical diesel fuel. These paraffins are the least soluble constituents in a fuel and can give rise to operability issues as a fuel’s temperature is lowered. These issues include the formation of wax crystals, which can block fuel lines and filters.”

There are three primary issues that occur as a result of the paraffins in a fossil fuel cooling:

•Cloud Point: The temperature at which wax crystals are first visible

•Pour Point: The lowest temperature at which fuel will flow

While there are solvents used to enhance the effects of cold flow improvers, in the vast majority, mineral oil is the active ingredient.

Supplementing Fuels with Ethanol Versus Aftermarket Additives and Treatments

The purpose of fuel additives is to improve the efficiency at which an engine operates. The purpose of supplementing diesel and gasoline with ethanol is to reduce emissions and lower U.S. dependence on foreign oil.

While additives and treatments increase the performance of a vehicle, truck, piece of heavy equipment, generator, furnace or boiler, ethanol does not. In fact, ethanol lowers fuel economy significantly according to a 2016 article printed in The Guardian.

Bell Performance explains something similar. “Pure ethanol has a gross BTU value 35% less than the equivalent amount of gasoline… However, most cars don’t run on pure ethanol [because pure ethanol in high quantities damages engines designed to run on petroleum]. The commonly found E10 blend only has 10% ethanol, so the actual drop in energy value is more along the lines of 3.5%-5.0%.

Ethanol is not an additive nor a treatment in the aftermarket sense of the word.

Additives and Treatments Versus Fuel Catalysts

The purpose of fuel additives is different than that of a fuel catalyst. Fuel catalysts reduce emissions and increase fuel economy. Again, the purpose of an additive or treatment is to increase the efficiency at which the internal combustion components of an engine operates.

Additives and treatments are not catalysts. There are two types of catalysts in nature, noble metals, and enzymes. What makes catalysts — including fuel catalysts — unique is the fact that while they produce a chemical change in a chemical compound on a molecular level, catalysts themselves do not change or dissipate.

Additives and treatments burn up with the fuel with which they are mixed.

The loss in energy density is typically not very significant. Less than a liter of additive or treatment is typically required for a 20-gallon fill-up. While there is no significant loss, without a doubt, fuel additives and treatments do not help fuel economy.

Fuel additives and their effects

The use of chemical additives and treatments can have an extremely positive effect on the efficiency with which an engine runs. However, using treatments and additives properly does require a fundamental understanding of what they do.

Often times it is necessary to use fuel additives and treatments in combination. For example, detergents that clean the hydrocarbons off the internal combustion components of an engine can also strip away the lubrication that keeps those components friction free. So, after using a detergent, it is often a good idea to supplement your next tank of fuel with a lubricant additive.