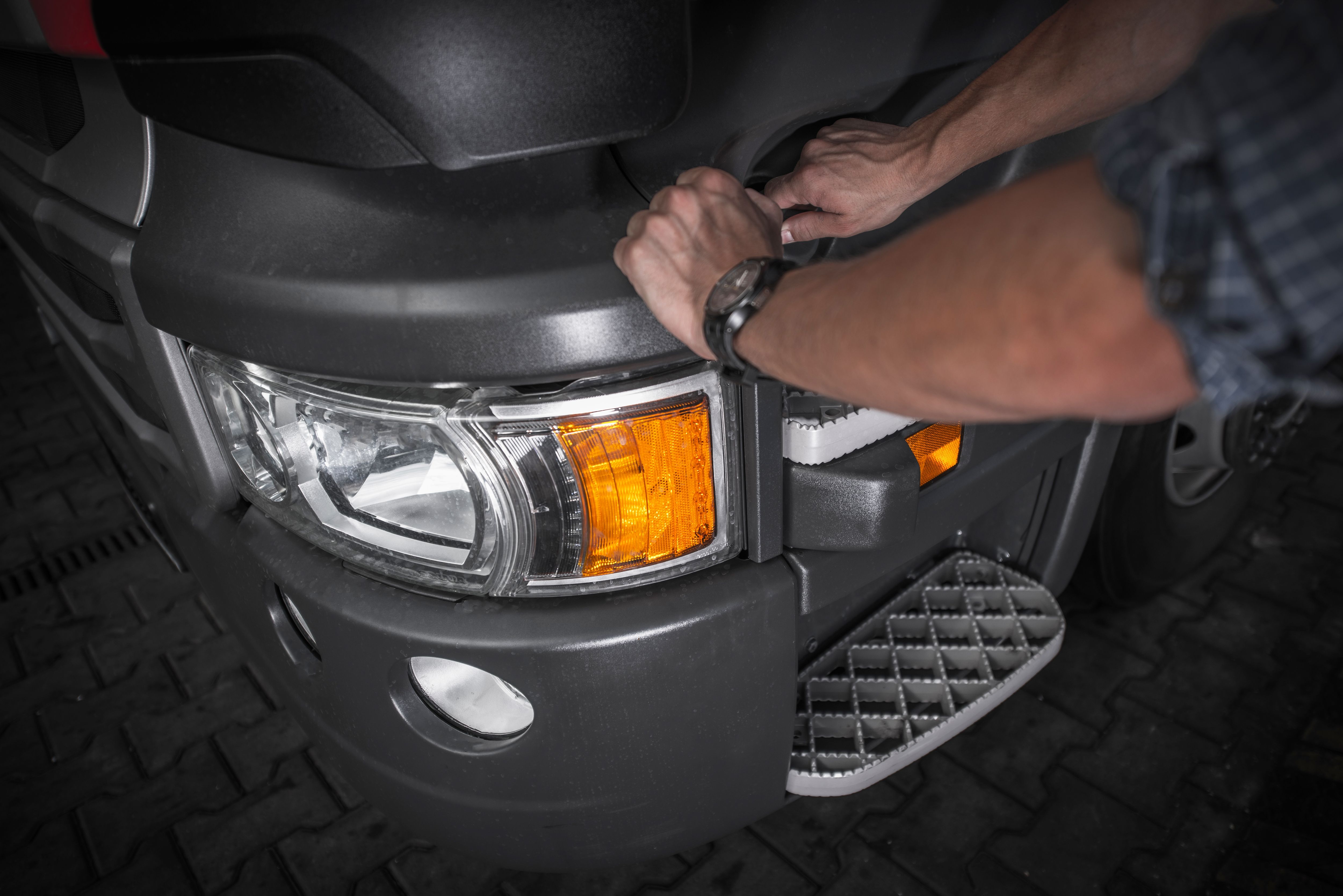 Why No Diesel Cars in the U.S.? And, Why is Diesel So Popular Abroad?

Diesel Cars are Popular in Europe, Asia, Central and South America, Africa, and Australia. Why Not in the United States?

There are advantages to diesel cars and pickups that gasoline engines simply cannot match. At the top of the list of advantages to owning a diesel are two of the most important issues there are to consumers. First, diesel engines save the owners of cars and pickups money, substantial amounts of money. Second, diesel engines are considerably more environmentally friendly than gasoline engines.

Taking into account the monetary value of diesel cars and pickups, it makes absolutely no sense that only 5% of the cars and small to medium size pickups on U.S. highways are diesel. Nevertheless, it is absolutely the case. There are virtually no diesel cars nor small or medium-sized pickups that run on diesel in the U.S.

The fact that diesel cars and pickups are not marketed, sold, nor purchased in the United States is shocking considering the advantages of diesel engines.

Diesel engines can last twice as long as a spark-fired gasoline combustion engine. Diesel engines get between 25% and 35% better fuel efficiency than gasoline engines in vehicles of comparable size. And until recently, diesel was considerably less expensive than gasoline. Diesel would still be if the U.S. Government did not tax it at a rate 25% higher than that of gasoline.

The most important advantage of diesel engines? Diesel engines pollute less than gasoline. So, why haven’t cars and small and medium-sized pickups with diesel engines ever caught on in the United States?

There are a variety of factors that prevented diesel engines from ever catching on in the United States. But, as fuel prices grow and the global warming potential of emissions — greenhouse gases — become the single biggest concern of both scientists and laymen, the fact that there are so few diesel cars or small or medium sized diesel trucks on the roads in the U.S. becomes even more absurd.

So again, why are there so few diesel cars and trucks in the United States?

Tradition and Image Keeps Diesel Cars and Pickups Off U.S. Roads and Highways

Since the advent of cars, Americans have been driving gasoline powered vehicles. As the U.S. has traditionally been one of the largest producers of oil, historically, oil prices have been low for people living in the United States. And, since the U.S. is a large country with very large wide-open spaces, cars with large engines and high top-end speeds have always been popular with Americans. That is especially true ever since the 60s when muscle cars came onto the scene.

In other words, Americans have always been more concerned with power, luxury, and sentiment more than saving fuel and reducing emissions. Quite simply, diesel engines aren’t considered “cool” by American motorists. And to be fair, if the definition of cool includes rapid acceleration, high speeds, and low visual emissions, American motorists are right, at least they were up until about a decade ago. Before the turn of the century, diesel engines were anything but cool by those standards. But, that is no longer true.

But, that is no longer the case. New technologies have turned torque — traditionally, the defining trait of diesel engines — into acceleration and while gasoline engines still reach higher top-end speeds, it isn’t by much. Diesel technology has advanced so far and so quickly that there are now diesel supercars, luxury sports cars that are both incredibly expensive and stunningly fast.

There are several other reasons besides tradition.

“Today, upwards of 95 percent of passenger cars and light trucks on American roads are gas-powered. And the federal government has done its part to keep it that way, taxing diesel at a rate about 25 percent higher than gasoline. A recent assessment by the American Petroleum Institute, an oil industry trade group, found that federal taxes accounted for 24.4 cents per gallon of diesel but only 18.4 cents per gallon of gasoline.”

That is to say, the monetary savings gained by driving a diesel car do not go to the consumer. That 25% to 35% savings disappears as taxes. It is quite the opposite in other countries around the world.

Because of the lower emissions of diesel engines, many countries around the world offer the drivers of diesel engines tax incentives. “In Europe, where in many regions about half of the cars on the road run on diesel, these tax incentives are flip-flopped, with diesel drivers reaping the economic benefits accordingly,” explains the Scientific American.

But in the United States, for some reason, diesel is taxed higher.

Traditional diesel engines emitted far fewer pollutants into the air than their gasoline counterparts. But just as there is a higher tax rate on diesel than there is on gasoline, the emissions standards for diesel engines are considerably higher than those for gasoline engines. That makes manufacturing diesel engines expensive. So, manufacturers must either satisfy themselves with less of a profit or produce gasoline engines, engines that are more expensive for consumers to drive and engines that burn a fuel that pollutes the environment to a considerably greater extent than diesel.

American car manufacturers choose the latter. But there is a catch. U.S. car manufacturers could produce diesel engines and pass the costs off to the customer. But, U.S. customers are not willing to pay the extra initial costs. U.S. consumers would rather pay less in the short run and more in the long term. But, that is a poor decision that costs U.S. consumers a substantial amount of money over the life of their vehicle.

“Here’s the thing: It [spending more money initially to save in the long run] is worth it. Diesel used to be a dirty fuel and a dirty word, but recent technologies have addressed both problems, which is why the world outside the United States thinks of the choice between gasoline and diesel as a foregone conclusion. And even with the additional costs, passed on to the consumer, of emissions compliance equipment, the sensory pleasures of a diesel-powered vehicle are difficult to deny. It is high time, America gives diesel a better look.

While the U.S. should give diesel a better look, they won’t because no manufacturers will give them a look and Americans simply don’t have the information necessary to make an informed decision.

In the United Kingdom, where about half the drivers are in diesel vehicles, it is no secret that diesel engines get considerably better fuel efficiency. It is no secret that diesel produces far less emissions. But in the United States, where 95% of the passenger vehicles purchased are gasoline, people simply don’t know how much better diesel engines are for their pocketbooks and for the environment.

To make matters worse, the press does nothing to tout the benefits of diesel. In Europe, there are entire campaigns devoted to driving the automobile market toward diesel. As concerns about global warming began to take the forefront in the media and press around the turn of the century, Europe pushed diesel as, “a wonder fuel. It was a way of driving cost-efficiently while doing your bit to save the planet. Government, industry, and science united to sell us the dream: cars running on diesel would help us cut our CO2 emissions as we eased smoothly into a new eco-friendly age,” explains the Guardian.

So much effort has been put into increasing the fuel efficiency of gasoline-powered cars that few Americans realize that the target mile per gallon rates gasoline powered car manufacturers are setting for themselves are milestones diesel car manufacturers already hit and surpassed. Examples of diesel’s fuel efficiency are stunning when compared to other vehicles. “Properly equipped, the diesel-slurping [Chevrolet] Cruze Sedan returns up to 52 mpg on the highway, meaning it’s more efficient than the Prius hybrid, the poster child of fuel efficiency,” boasts DigitalTrends.com in its 2018 article The best diesel cars you can buy.

“The 3.0-liter [Land Rover] Td6 V6 develops 254 hp and a massive 443 lb-ft. It propels the SUV from zero to 60 mph in 7.2 seconds, which is comparable to the supercharged, gasoline-burning V6 also available on the entry-level Range Rover Sport. Land Rover estimates the diesel’s fuel economy is 32-percent better, however.”

Americans Do Not Understand the Value of Diesel Fuel

So yes, per gallon diesel pollutes more. But per gallon, gasoline is a much greater polluter.

Because diesel is a complex, high-energy fuel made of long hydrocarbon chains, it has more potential than diesel with regard to fuel efficiency and emissions reduction. It is much easier for car manufacturers to produce complete combustion — or nearly complete — in a gasoline engine than a diesel engine. Because of the complexity of diesel, the combustion efficiency of diesel engines has not reached their full potential. Gasoline engines have not either, but they are much closer.

Because the combustion efficiency of gasoline engines are much closer to 100% than are diesel engines, as diesel technology improves, the difference in value between diesel and gasoline engines will continue to grow. The Rentar Fuel Catalyst is one example of modern technology widening the gap between diesel and gasoline engines. The Rentar can improve fuel efficiency by up to 8% and reduce carbon dioxide emissions by almost 20%. And with respect to other diesel combustion emissions, the Rentar Fuel Catalyst can reduce them by anywhere from 30% to almost 60%.