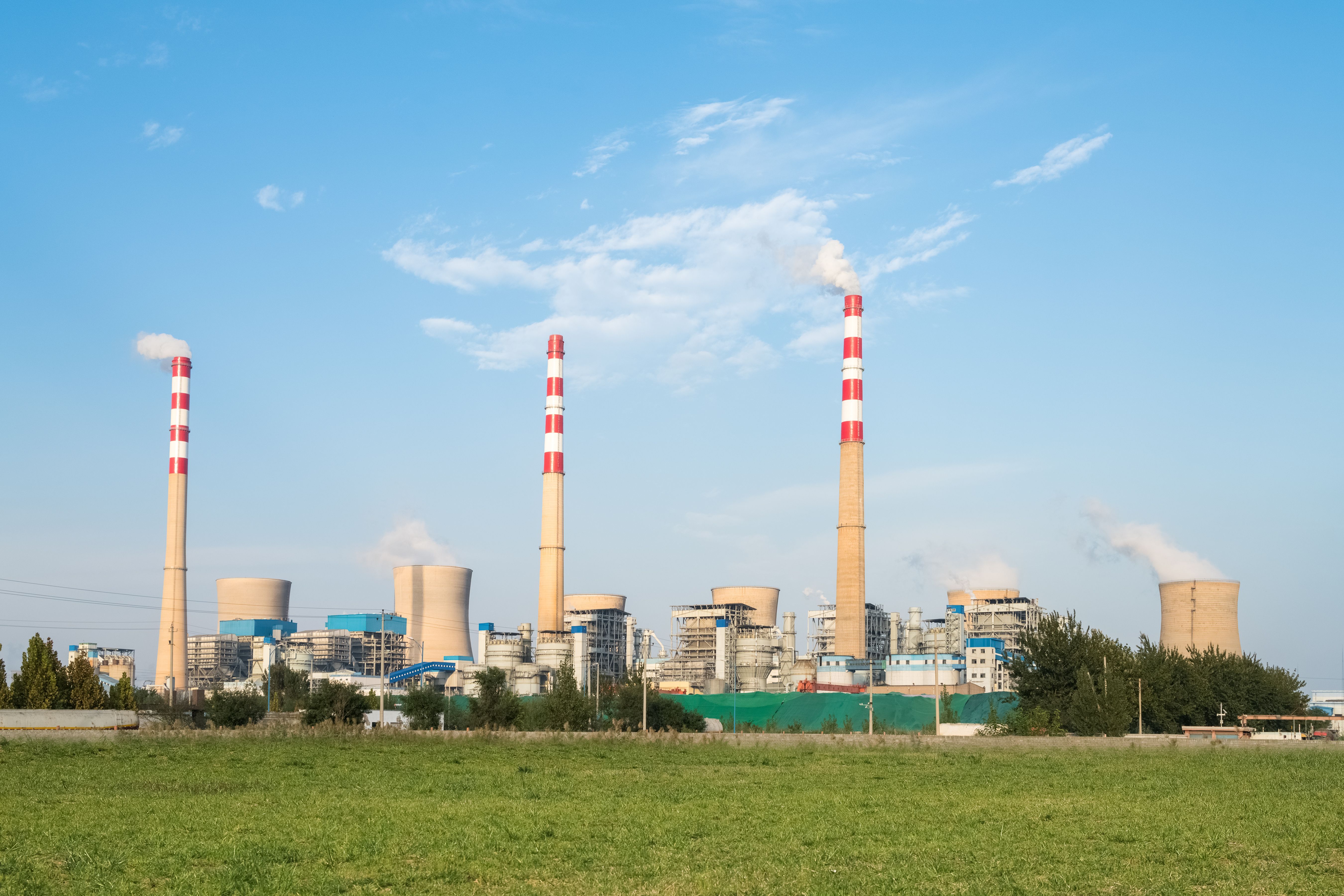 Lower diesel emissions mean better health for both people and the environment. To be fair, however, it should be noted that diesel engines exceptionally fuel efficient in relation to gasoline, ethanol, biodiesel, and propane-powered engines.

A diesel engine is between 25 percent and 35 percent more fuel efficient than its gasoline counterpart and is even more fuel efficient in relation to biofuels and gas-state fuel-powered engines. Simply, diesel engines get far better “gas” mileage than their gasoline, biofuel, and gas-state fuel counterparts and it is extremely unlikely that will change in the future.

However, diesel engines produce more nitrogen oxides and sulfur oxides than gasoline engines. And, diesel engines produce a greater sum of the particulate matter. While not as damaging with respect to global warming potential as carbon dioxide, methane, and hydrocarbon emissions, nitrogen oxides, sulfur oxides, and particulate matter are still emissions.

Nitrogen oxides, sulfur oxides, and particulate matter affect the atmosphere and humans, plants and animals in the biosphere. Particulate matter, for example, is highly toxic, “Many PAHs and their epoxides are highly toxic, mutagenic and/or carcinogenic to microorganisms as well as to higher forms of life including humans.” Nitrogen and sulfur oxides are, in part, responsible for global warming and almost entirely responsible for acid rain.

What Nitrogen Oxides Are

Nitrogen oxides are gases made of molecules that contain nitrogen and oxygen atoms bonds. The molecular structure of nitrogen dioxide, for example, is one nitrogen atom bonded with two oxygen atoms. Nitrogen oxides are a byproduct of diesel fuel combustion. They are both a byproduct of diesel fuel itself and of the air used to oxygenate fossil fuel hydrocarbons.

While there are dozens of nitrogen oxides, diesel engines produce three kinds: nitric oxide (NO) and nitrogen dioxide (NO2), and nitrous oxide (N2O). Each nitric oxide is a harmful emission for a different reason.

The Effects of Nitric Oxide

While nitric oxide is not innately a dangerous emission, the fact that it converts into nitrogen dioxide so easily makes it a harmful emission in and of itself. “The reaction of NO with tropospheric ambient concentrations of O3 (ozone) to form NO2 is rapid. It is believed that the almost ever-present background concentrations of O3 will yield NO2 predominance over NO.”

The Effects of Nitrogen Dioxide

Once nitric oxide reacts with oxygen to produce nitrogen dioxide, the once innocuous gas becomes dangerous. Nitrogen dioxide is associated with respiratory problems in people and animals and is also one of the chemical compounds that produce acid rain. “Nitrogen dioxide is toxic to various animals as well as to humans. Its toxicity relates to its ability to form nitric acid with water in the eye, lung, mucous membrane and skin. Laboratory studies show susceptible humans, such as asthmatics, exposed to high concentrations of NO2 can suffer lung irritation and potentially, lung damage.”

So toxic is nitrogen oxide that is can also produce property damage. “Nitrogen dioxide (NO2) is a red-brown pungent gas that is typically formed as a result of combustion processes. It is heavier than air with a vapor density of 1.58 compared to 1.0 for standard air. [Nitrogen dioxide] gas is highly reactive, is corrosive to metals and is a strong oxidizing agent. It combines with water to form nitric acid (HNO3) and nitric oxide (NO).”

However, neither nitric oxide nor nitrogen dioxide are greenhouse gases with significant global warming potential. While toxic, they do not refract thermal heat back to the earth. Nitrous oxide, on the other hand, does. In fact, nitrous oxide is considerably more dangerous with respect to global warming than carbon dioxide.

The Effects of Nitrous Oxide

Nitrous oxide is non-toxic to humans. In fact, it is often used as an anesthetic. “Nitrous oxide is a very common inhalational anesthetic that offers analgesia, anxiolysis, and sometimes amnesia. It’s a colorless, non-flammable gas with a slightly sweet taste. Due to its euphoric and hysterical effects, the substance is also called ‘laughing gas.’”

But, while not toxic to people or animals, nitrous oxide is one of the most substantial and dangerous greenhouse gases produced by fossil fuel internal combustion engines. The danger of a greenhouse gas is measured on a scale called global warming potential. The global warming potential of a greenhouse gas is based on its capacity to trap heat in the atmosphere in relation to the capacity of carbon dioxide to trap heat. “Nitrous Oxide (N2O) has a GWP 265–298 times that of CO2 for a 100-year timescale. N2O emitted today remains in the atmosphere for more than 100 years, on average.”

Methane, by comparison, only has a global warming potential 28 to 36 times that of carbon dioxide over a 100 year period.

Equally dangerous for humans and the atmosphere is sulfur oxides. Like nitrogen oxides, there are several different types of sulfur oxides.

What Sulfur Oxides Are

Sulfur oxides are prevalent in diesel combustion emissions because diesel fuel has more sulfur than the majority of fossil fuels, save those that are heavier like fuel oil, bunker fuel, and crude oil. Diesel typically contains more sulfur than gasoline, propane and natural gas. However, sulfur is added to propane and natural gas as a safety precaution as the two gases are both colorless and odorless. Sulfur is added so people can detect leaks without the use of special instruments. Sulfur has a strong smell, like that of rotten eggs. When added to natural gas and propane, people can smell a leak.

Sulfur oxides are highly acidic pollutants made of sulfur and oxygen compounds. “Exposure to sulfur dioxide in the ambient air has been associated with reduced lung function, increased incidence of respiratory symptoms and diseases, irritation of the eyes, nose, and throat, and premature mortality. Children, the elderly, and those already suffering from respiratory ailments such as asthmatics, are especially at risk.”

There are two types of sulfur oxides that are of most concern to scientists: sulfur dioxide and sulfate aerosols.

In addition to causing respiratory problems in both people and animals, sulfur dioxide is dangerous because “the gas affects the environment by reacting with water vapor to produce acid rain. Sulfur dioxide also can react in the atmosphere to form aerosol particles, which can cause outbreaks of haze and other climate problems.”

In combination, sulfur dioxide and nitrogen oxides are the two biggest factors contributing to acid rain. “Acid rain results when sulfur dioxide (SO2) and nitrogen oxides (NOX) are emitted into the atmosphere and transported by wind and air currents.  The SO2 and NOX react with water, oxygen and other chemicals to form sulfuric and nitric acids.  These then mix with water and other materials before falling to the ground.”

What Particulate Matter Is

Particulate matter — with respect to that produced by the combustion of fossil fuels — is a consequence of sulfur dioxide and nitrogen oxides in the atmosphere bonding with other elements according to the EPA. “Most particles form in the atmosphere as a result of complex reactions of chemicals such as sulfur dioxide and nitrogen oxides, which are pollutants emitted from power plants, industries, and automobiles. Fine particles (PM2.5) are the main cause of reduced visibility (haze) in parts of the United States, including many of our treasured national parks and wilderness areas.”

The health problems associated with particulate matter are most prevalent in the respiratory system and lungs. “Particles less than 10 micrometers in diameter pose the greatest problems because they can get deep into your lungs, and some may even get into your bloodstream.”

According to the EPA, “On the off-road diesel, particulate matter emissions decreased by about 27 percent from 1990 to 2005 and are projected to be reduced an additional 90 percent from 2005 to 2030.”

There are two primary reasons particulate matter emissions have fallen and will continue to fall: low sulfur fossil fuels and emissions technologies.

Installed in over-the-road vehicles, the Rentar reduces fuel consumption by between 3 and 8 percent. On off-road vehicles and machines, the potential is as high as 12 percent. Tested under high-stress conditions by the U.S. Marine Corps, the Rentar Fuel Catalyst showed “very good reductions in opacity and emission odors, as well as showing a signiﬁcant increase in vehicle performance and MPG.”

In 1997, the U.S. Navy placed the Rentar Fuel Catalyst on a starboard main engine of the USS Independence. On a voyage from Pearl Harbor, Hawaii, to California, the Rentar was compared with the port engine not using the device. The engine using the Rentar burned 151 fewer gallons during the voyage. Also tested by the Navy on cargo trucks and other vehicles, the Rentar showed “stunning savings in fuel economy” – over 15 percent in some cases.

The higher the combustion efficiency of an engine, the lower the emissions. Laboratory tests show that the Rentar decreases emissions dramatically. At Pepsi-Cola’s facilities in Venezuela, the Rentar Fuel Catalyst was tested on a Mitsubishi truck and realized a 45 percent reduction in opacity, as well as signiﬁcant reductions in fuel consumption of up to 25 percent. On two front-end loaders (the Volvo L-120 and the Volvo L-90), the Rentar Fuel Catalyst showed reductions of over 50 percent in particulate matter, and over 40 percent in CO, NOx, and CO2.

While the fuel consumption reductions of the Rentar Fuel Catalyst are not as “stunning” as the emissions reductions, they are still significant enough for the Rentar to pay for itself in between 3 and 12 months, a Rentar guarantee.