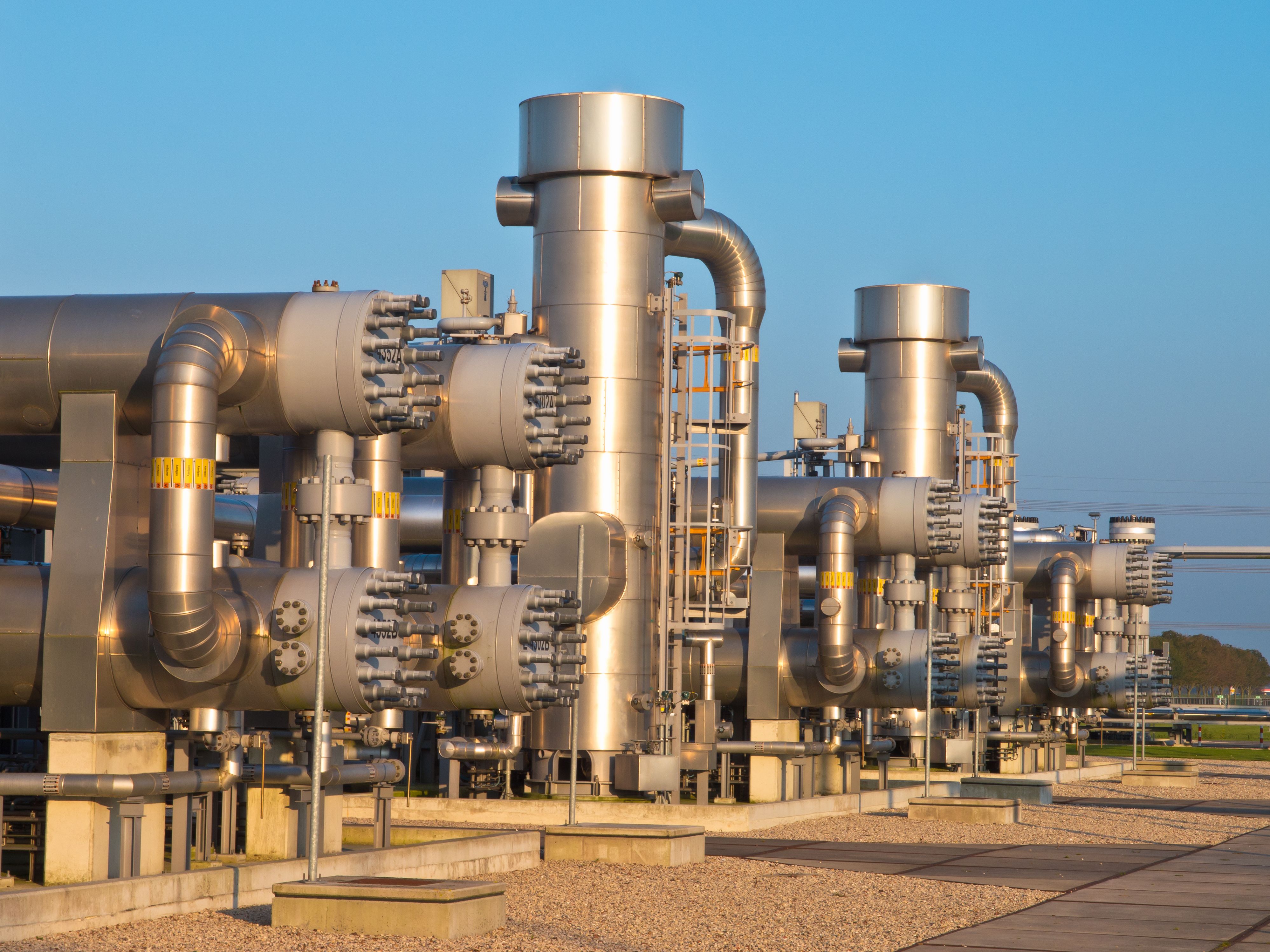 The effects of fossil fuel pollutants on the environment — the atmosphere in particular — are of such focus in the media and the minds of individuals interested fades to the background. While the price does not reflect its importance, fossil fuels are so integral to the functions of the modern world that it is legitimate to argue hydrocarbon fuels are the single most important resource we have. In fact, save water, the argument is virtually a given.

It is an absolute, objective, unquestionable truth: fossil fuels are the single most important resource with respect to the modern world.

However, the fact that fossil fuels could lead to our downfall cannot be denied. If we do not develop the capacity to control the sums and types of emissions we pour into the atmosphere, fossil fuels could be our ruin. We must get a handle on greenhouse gases.

It is crucial to understand when in the life cycle of a fossil fuel, which fuel does the most damage to the environment in order to prevent the dire consequences of global warming.

Energy Density of Fossil Fuels and Their Respective Emissions

The energy density of a fossil fuel is a direct consequence of the carbon-to-hydrogen ratio in the hydrocarbon molecules that comprises the fuel. The greater the quantity of carbon atoms in relation to hydrogen atoms, the higher the energy density.

The higher the energy density, the less fuel required to produce a requisite amount of energy. But, the greater the number of carbon atoms, the more carbon dioxide the fuel produces upon combustion.

Theoretically, if 100% of a fossil fuel combusts, carbon dioxide is the only polluting emission produced. The only other emission is water. And while water is a dangerous greenhouse gas, is not typically thought of as a pollutant.

The methods, means, processes, and mechanisms used to generate energy from fossil fuels determine the life cycle of a fossil fuel. Authors of the research document Life Cycle Impact Assessment of Fossil Fuels Cristian Dinca, Adrian Badea, and Tiberiu Apostol explain, “The life cycle assessment (LCA) is a tool utilized for evaluating the environmental impact on the assembly of activities associated with a product, service, process or production chain, starting from the raw material extraction up to the last waste elimination.”

The extraction of gas from fossil fuels is similar to that of oil extraction. The drilling of a well followed by fracking, then casing creates a chimney up through which the pressure found below ground can force gas fossil fuels upward. The gas is captured, transported to a conditioning plant, and separated into different fuels. The fuels are stored in tanks and shipped off to distributors.

The process is extremely complex and large sums of gas-state fuel escape into the atmosphere as fugitive gases.

Natural gas combusts cleaner than almost any other fossil fuel because its energy density is extremely low which means its carbon content is as well. However, natural gas is almost entirely methane. Methane is a dangerous greenhouse gas with an extremely high global warming potential.

“Although natural gas is a very clean-burning fuel when it is released into the atmosphere as un-combusted methane, it is a potent greenhouse gas (GHG). The warming effect of GHGs is measured by their global warming potential (GWP), which is the ratio of each GHG’s warming effect relative to CO2. Methane has a GWP of 25i, meaning that one tonne of methane has the warming effect of 35 tonnes of CO2.”

As a result of the fact that large sums of methane escape into the atmosphere as fugitive methane gas during the extraction of natural gas, during its transport, while it is being conditioned, and even when it is stored, “the total GHG effect of natural gas use must include the emissions throughout the chain, known as a life-cycle analysis (LCA).”

In 2015, thermal images of fugitive gas leaks in the Desert Southwest lead to some startling discoveries. For one, fugitive gas leaks occur on a massive scale. For two, little to nothing is done to prevent them. That same year, “Secretary of the Interior Sally Jewell cited a methane gas plume the size of Delaware hovering over the Four Corners area in Northwest New Mexico.” To make matters worse, the Government Accountability Office found that, “40 percent of this methane could be economically captured and sold.”

In addition to smaller-scale fugitive leaks, huge gas leaks occur as well. For example, in Aliso Canyon California, there was a leak in 2016 that required a four-month effort to plug. In that time, the Aliso Canyon gas leak,”spewed enough methane into the atmosphere to equal the greenhouse gases emitted by more than 440,000 cars in a year.”

“A new study released Tuesday suggests that the global oil and gas industries allow as much as 3.6 trillion cubic feet of natural gas — and almost certainly far more — to escape into the atmosphere annually. The leakage rate represents at least $30 billion in lost revenues, the analysis found, and it reinforces previous studies suggesting that the much-touted climate benefits of the expanding shale boom are unlikely to be realized unless these so-called fugitive emissions are brought under control.”

And the World Resources Institute believes most estimates are low. In fact, a recent study shows that estimates may be as much as 50 percent low. If so, “it would fundamentally alter the scale of the fugitive methane problem and seriously undermine any climate advantage natural gas possesses over coal.”

Even the natural gas that does make it to the combustion stage of its life cycle does not burn as clean as one might think. Natural gas only produces about 27 percent less carbon dioxide than diesel and about half that of coal. Considering the amount of methane that spills into the atmosphere each year as a result of fugitive and large-scale gas leaks — a sum that no one knows the full extent of — it is anyone’s guess as to whether or not natural gas is cleaner than coal.

According to Stanford assistant professor of energy resources engineering Adam Brandt — in the short term, — coal is cleaner. However, over the course of 100 years, he believes it is cleaner to use natural gas. “Coal is a “cleaner” fuel only in the near-term—a period of 20 years or so. Brandt says that over a period of 100 years, natural gas—leaks and all—would still be a less greenhouse gas-intensive source of energy than coal.”

But, scientists are quickly becoming certain that natural gas is not as clean as petroleum fuels. So controversial claim that “natural gas” — methane — is cleaner than coal, diesel, and natural gas that in early 2017 several countries in the European Union banned advertising that markets natural gas as a “clean” alternative to coal, gasoline, and diesel.

Simply, while methane combusts cleaner than coal and petroleum fuels, it is becoming apparent that natural gas is not cleaner.

Though not to the same degree as occurs around natural gas wells, fugitive methane also escapes from oil wells. According to the Scientific American, “Petroleum systems (which include onshore and offshore crude oil production, transportation, and refining) contributed 25 million metric tons CO2e of methane,” in 2014.

What is worse, most of the methane released into the atmosphere could be captured and stored. “EPA regulations do not apply to oil production, and operators at times vent methane to the atmosphere from various devices. The venting accounted for 79 percent of emissions from the petroleum production sector. High bleed pneumatic controllers, gas engines, wellheads and other equipment were particularly leaky.”

Life Cycle of Coal, Too, Associated with Fugitive Methane Gas

Coal, too, has a major problem with methane fugitive gas. “Methane gas is formed underground during the natural process where organic plant materials are converted into coal. The gas is stored within coal seams and surrounding rock strata and can be released during natural erosion, faulting or mining operations,” explains ResourcesandEnergy.com.

Particularly with open-pit mining, estimating the amount of fugitive methane gas that escapes into the atmosphere is extremely difficult. “Fugitive emissions are inherently difficult to accurately calculate and estimates remain subject to large uncertainty. The estimation of fugitive emissions from open cut operations is particularly problematic.”

In addition to having no solid numbers with respect to the amount of fugitive gas that escapes into the air as a result of coal mining, coal produces massive quantities of carbon dioxide, “coal combustion provides from 38% (in 2010) to 51% of the emissions of CO2 from fossil fuels.”

While the drawbacks of methane “natural” gas are becoming more apparent every day, just how dirty natural gas comes as a surprise to most.

But most surprising of all is just how clean diesel is.

Taken over the course of the life of diesel, it is a remarkably clean fuel. And, diesel has the potential to be even cleaner with the implementation of technologies that reduce emissions while — at the same time — increasing fuel efficiency.

The Rentar Fuel Catalyst can reduce particulate matter by up to 19.2 percent, black smoke by up to 44 percent and cancer-causing volatile organics by up to 58 percent. But the fact that the Rentar can reduce fuel consumption by between 3 and 30 percent, depending on the type of diesel compression engine or furnace/boiler in use, makes the Rentar an invaluable technology.