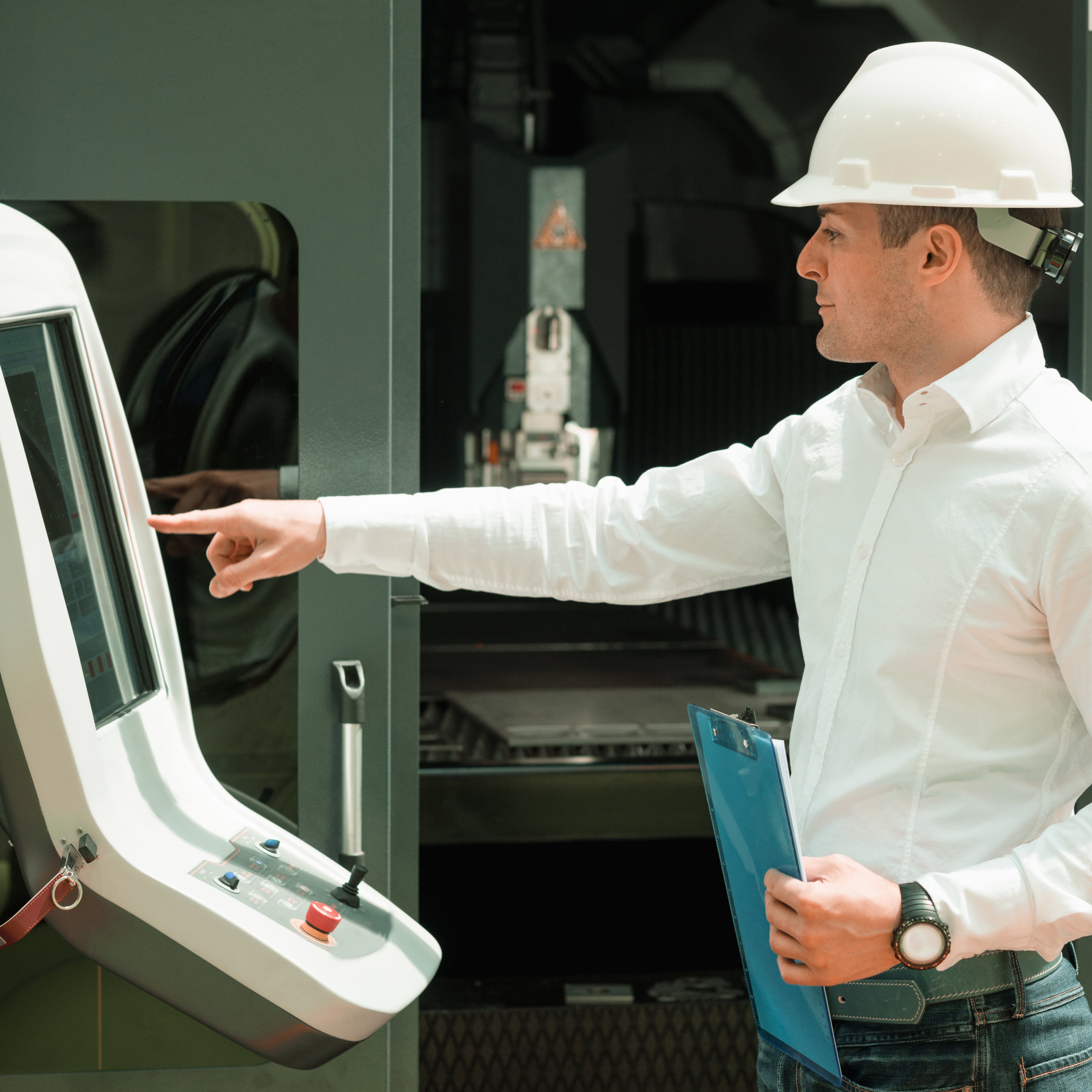 Latest Advances in Diesel Technology And What is To Come

Diesel, in relation to other fossil fuels, is an exceptionally dense fuel. There are a variety of properties that are inherent in dense fuels. Because of the inherent properties of diesel, diesel engines are extremely energy efficient both respect to combustion efficiency and thermal efficiency.

However, while diesel is extremely energy dense and diesel engines are more thermally efficient and have higher combustion efficiency rates than lighter fuels with low energy density, capturing the full potential of diesel can be difficult.

Diesel engines — while considerably more efficient and less polluting than a gasoline engine and alternative fuel engines — still have limitations. But, the same inherent traits of diesel that make diesel engines efficient give it the potential  — as technologies advance — to generate even higher efficiency rates and lower emissions.

While we can develop technologies to increase the efficiency in which we use diesel, the laws of physics also tell us that gasoline and alternative fuels have limitations with respect to how much more we can improve the efficiency of the engines that combust them.

In other words, diesel is the ideal fossil fuel, potentially.

The energy density and stability of a fuel determine potential fuel efficiency and potential energy output.

Efficiency Potential of Not Just Diesel, but Diesel Engines

Diesel has a High Energy Density

Higher energy density means there is more energy per volume unit of measure — more energy per gallon — to push a vehicle down the road. The reason diesel has a higher energy density than other fossil fuels is that the hydrocarbons in diesel — the valuable components in every fossil fuel that ignites/burns/combusts — are made of long and complex molecules, molecules with very high carbon-to-hydrogen ratios.

“The calorific value of diesel fuel is roughly 45.5 MJ/kg (megajoules per kilogram), slightly lower than petrol which is 45.8 MJ/kg. However, diesel fuel is denser than petrol and contains about 15% more energy by volume (roughly 36.9 MJ/liter compared to 33.7 MJ/liter). Accounting for the difference in energy density, the overall efficiency of the diesel engine is still some 20% greater than the petrol engine, despite the diesel engine also being heavier.”

The greater the number of carbon atoms in a hydrocarbon, in relation to hydrogen atoms, the higher the fuel density of that fuel. On a volume scale, the energy density of diesel is between 15% and 25% greater than gasoline. The difference is dependent on whether or not the gasoline is low or high octane. The higher the octane of gasoline, the lower it’s energy density. The reason being, the additives used to increase gasoline octane have lower energy densities than gasoline.

Diesel naturally has exceptional compressive resistance because it is a heavy fuel, stable fuel made of large, long hydrocarbon molecules.

The thermal efficiency of diesel engines is, in part, due to the energy density and compression resistance of diesel fuel.

What Compression Ratio Is

Compression ratio is a measure of how much an engine compresses a gas or vapor-state fossil fuel once the fuel is in the combustion chamber. In piston/cylinder engines, the compression ratio is a measure of the difference between two piston positions, top and bottom center. The ratio difference between when a piston is at bottom center — when there is the most volume in an engine’s cylinder — and when the piston is at top dead center — when the cylinder has the least volume — is compression ratio.

The higher the compression ratio of an engine, the more it compresses a vaporized or gas-state fuel. The more a fuel is compressed, the hotter it gets prior to combustion. The hotter a fuel is before compressions, the more efficiently it combusts.

Technologies that Increase the Compression Resistance of Diesel

Some technologies that increase the compression resistance of diesel are old concepts with new advances. Others are new concepts that have yet to take hold in the diesel engine sector. Even others are old concepts that have potential, theoretically but have yet to be fully developed. And there are also new, proven technologies that work well with respect to increasing a diesel engine’s compression ratio.

Increasing the flash point temperature of diesel — the temperature at which it combusts — increases the compression ratio.

The larger the individual droplets of fuel, the less completely they burn. By reducing the size of the droplets fed into a diesel combustion chamber, the total surface area of each droplet increases which promotes oxygenation. The greater the rates of oxygenation of each droplet, the more complete each droplet ignites/combusts/burns.

While diesel engines are almost always more fuel efficient than gasoline engines, they have a tendency to produce more oxides of sulfur and oxides of nitrogen. Additionally, because diesel is a heavy fuel with extremely complex hydrocarbon molecules, the combustion efficiency is less than perfect. It is the combustion efficiency of diesel engines that a Supercritical Fuel Injection system improves.

According to George Anitescu, a research associate at the Department of Biomedical and Chemical Engineering at Syracuse University in New York state, a Supercritical Fuel Injection System puts diesel in a state that is between liquid and gas.

“The high molecular diffusion of supercritical fluids means that the fuel and air mix together almost instantaneously. So instead of trying to burn relatively large droplets of fuel surrounded by air, the vaporized fuel mixes more evenly with air, which makes it burn more quickly, cleanly, and completely. In a sense, it is like an intermediate between diesel and gasoline, but with the benefits of both.”

While they have been around for a while, fuel catalysts are still an aftermarket product. Scientists and engineers — even laymen — have been aware of the problem of oxygenizing diesel fuels. As far back as 1936, Chinese fishermen tapped magnets around fuel lines in order to break apart the hydrocarbon clusters inherent in diesel fuel. Breaking up the hydrocarbon clusters increases the oxygenation potential of diesel. In the 1980s, ranchers in Wyoming made national news doing the same, though on gasoline engines. The Washington Post reported,

“Although cow magnets have been sold in farming areas for half a century, the market has been limited until recently. Now it’s booming as never before since word got around that somehow the magnetic field can boost a car’s gas mileage by improving combustion if a pair of cow magnets is fastened to a car’s gas line close to the carburetor.”

Whether the magnets truly helped the Chinese fishermen and Wyoming’s cowboys achieve higher rates of fuel efficiency is debatable. What is not is the fact that — in principle — they were onto something. They knew that by increasing the oxygen content in a diesel fuel mixture, they could increase fuel efficiency.

Modern fuel catalysts — made of similar precious metals as those found in catalytic converters — are also engineered to increase diesel fuel oxygenation. But unlike injectors that oxygenate diesel by increasing the surface area of diesel fuel droplets, fuel catalysts change the physical state of diesel on a molecular level.

By depolarizing the charges that bind diesel fuel hydrocarbons into clusters, fuel catalysts expose the individual hydrocarbon molecules and molecule chains to oxygen. Again, the greater the oxygenation of a fossil fuel, the more completely it burns. The Rentar Fuel Catalyst, for example, increases fuel efficiency by between 3% and 8% on over the road vehicles and to a greater extent on heavy equipment, machinery, and marine engines.

Without question, the latest advances in diesel technology are making the world’s most efficient fossil fuel produce even more energy and, at the same time, reducing the emissions associated with diesel.