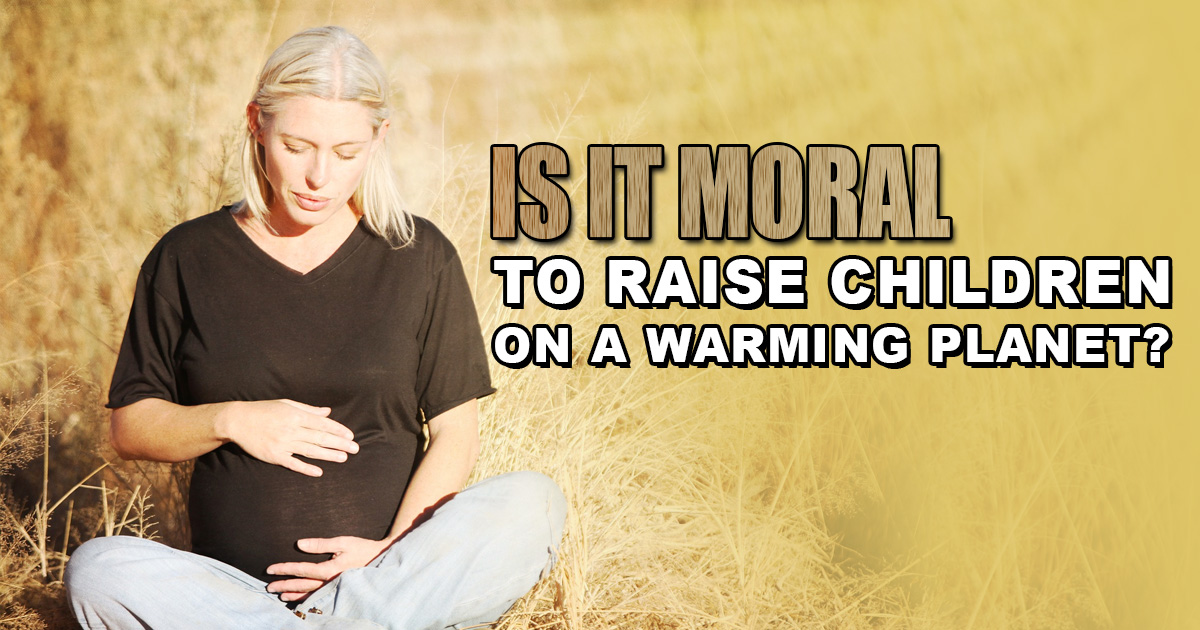 Is It Moral to Raise Children on a Warming Planet?

The population of the United States is rapidly aging. Baby Boomers and their parents are living longer than any generation in human history. Meanwhile, Generation X and Millennials are on track to have fewer children. Is it moral to raise children on a warming planet?

That likely means less growth for the United States as the younger workers needed to help fund the retirement of their elders grows smaller and smaller.

Now, a leading American philosopher, Travis Rieder of Johns Hopkins University, is questioning if it’s wise to even have children on a rapidly warming planet. In his writings, lectures and an upcoming book, he ponders the societal assumptions behind the notion that having children is good, and whether Boomer parents should be pressuring Millennials to “give them grandchildren.”

By 2036 – just 20 years from now – Earth is projected to cross the “dangerous threshold” of a two-degree Celsius increase that will accelerate sea level rise and wreak havoc on ecosystems around the world. A four-degree increase is projected by the end of the century if fuel catalysts and other advanced technologies don’t turn the tide on carbon emissions.

A recent World Bank report warns of unprecedented heat waves, severe drought and political upheavals if crop yields shrink. The world’s population is already on course to add several more billion people. They will accelerate the amount of carbon emissions at the center of global warming.

Pay the Poor Not to Have Children. Tax the Rich Who Do

So, facing a potentially apocalyptic scenario, should parents forgo having children? Rieder and two colleagues, Colin Hickey and Jake Earl of Georgetown University, have a strategy that includes incentives for parents not to have children.  Rieder’s book, due to be published in a few months, also will lay out his ideas.

Bringing down global fertility by just half a child per woman “could be the thing that saves us,” Reider told National Public Radio.

He points to a study from 2010 that focused on the effects of demographic change on global carbon emissions. Slowing population growth could eliminate one-fifth to one-quarter of all the carbon emissions that need to be cut by midcentury to avoid that potentially catastrophic tipping point.

He and his colleagues have developed a plan that uses incentives like paying poor women in developing countries to refill their birth control. In the United States and other developed nations, Rieder wants to do away with tax breaks for having children and actually penalize new parents. He wants the penalty to be progressive, based on income, and increase with each additional child.

Think of it like a carbon tax on kids, he told NPR.