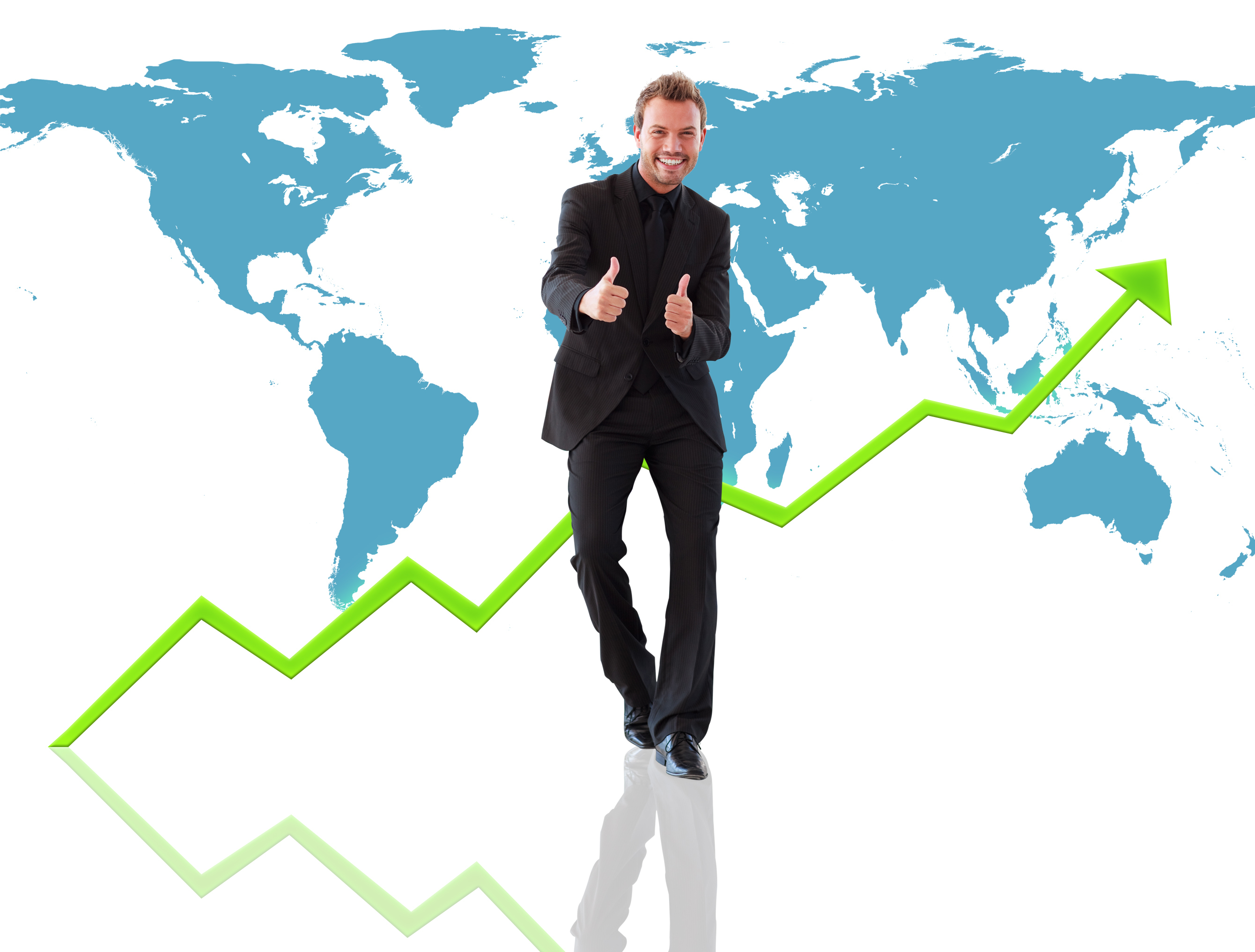 How to Increase Fuel Efficiency: Operations Procedure and Technology

Increasing fuel economy by small incremental amounts notwithstanding, there are only a few products proven to extend the mileage (or hours) of a tank of fuel. It is true that some products increase fuel mileage by making an engine run more efficiently, but the increase in mileage is typically almost immeasurable.

There is a difference between an engine operating efficiently and increasing the efficiency of a fuel.

How a vehicle or machine is driven impacts the rate at which fuel burns more than anything else. More than even the fuel density of diesel, gasoline, natural gas, or biofuel, driving determines “gas” mileage. Even expert drivers with decades of experience who have the ability to drive without stressing an engine do not always understand how their driving impacts fuel economy.

There is no correlation between the speed at which a person drives and the rate at which fuel burns. Theoretically, it is possible to burn less fuel going 60 miles per hour than driving 10 miles per hour. The revolutions per minute (rpm) of an engine is the factor which most greatly impacts the rate at which a fuel burns. The tenant is simple, the higher the RPM, the more fuel an engine burns.

Increase fuel efficiency by reducing idle time. Idle time is another waste of fuel, a massive waste. By limiting idle time, a driver or operator can decrease fuel consumption dramatically. Fuel used as an engine runs while a piece of heavy equipment sits idle constitutes a staggering percentage of the fuel a machine uses per day according to the heavy equipment manufacturer CAT.

“Some industry experts say it’s not unusual for idle time to represent as much as 40-50% of the total running time.”

Idle time is an equally large factor with respect to dump and fleet trucks. Idle time can be up to 35 percent of fuel costs according to an article published in the National Academic Press. Clearly, idle time has a huge influence on semis, dump trucks, and transportation vehicles (buses).

But, rpm is still the biggest factor.

By maintaining rpm at a low rate on a regular basis and attempting to eliminate idle-time fuel consumption, drivers and operators can save significant sums of fuel, hence, money.

There is a misconception that cetane/octane ratings increase fuel efficiency in a positive manner. Cetane/octane, if anything, reduces the efficiency of a fuel. The reason is simple: cetane/octane supplementation is the effect of adding solvents to fuel. Solvents — typically made from fossil fuel or biofuel byproducts — have lower fuel densities than diesel and petroleum.

If gasoline combusts as a result of pressure rather than exposure to a spark, the effect is called a “prefire.” If an engine pre-fires, the pressure combustion of gasoline causes knocking and pings. By raising the octane rating of gasoline with a treatment or additive, the amount of pressure required to create compression combustion increases.

That means the fuel will begin to combust as a result exposure to a spark rather than compression and pings and knocking disappear.

All diesel engines, on the other hand, are compression engines. Diesel engines combust diesel fuel with compression rather than a spark. Nevertheless, there is an optimum level of pressure at which diesel combusts. If diesel combusts early — under less pressure — potential energy in the diesel is lost. By adding a cetane supplement, drivers and operators can increase the amount of pressure required to combust diesel which in turn increases the energy efficiency of the fuel.

What Fuel Types are Most Fuel Efficient

With respect to vehicles, trucks, and heavy machinery, diesel is the most fuel-efficient fossil fuel. Fuel oil has an even greater fuel density than diesel, but it is extremely difficult to combust. While that makes it very safe to use for in-home heating and industrial furnaces and boilers, fuel oil is impractical for spark and compression engines.

With respect to energy per unit of measure, after diesel is petroleum. Relative to diesel and petroleum, biofuels and natural gas have relatively low fuel densities.

The overall emissions produced by biofuels is a controversial debate. The fuel efficiency — the fuel density of biofuels, — on the other hand, is not. Biofuels have low fuel densities in relation to fossil fuels.

Converting to biofuels is not a means of increasing fuel economy.

Almost all additives and treatments are solvents. Byproducts of fossil fuel refining, additive/treatment solvents have lower energy densities than do diesel and gasoline. So, by supplementing fuel with detergents, cetane/octane boosters, and lubricants, drivers and operators reduce the economy of a fuel.

No engine combusts fossil fuels completely. A portion of all fuels escapes out through the exhaust unburned. The purpose of a catalytic converter is to burn up fuel that fails to combust in the engine. In no way, positively or negatively, does a catalytic converter affect a vehicle’s or machine’s fuel efficiency.

Does a Turbo Increase Fuel Efficiency?

There is a precise and necessary fuel-to-oxygen ratio for every engine called the stoichiometric ratio. Without the correct stoichiometric mixture, an engine has problems.

The stoichiometric ratio of an engine prevents both rich and lean mixes. So, when a turbo blows extra oxygen into a combustion chamber, the engine must counteract the excessive oxygen with more fuel. “In response, the fuel system shoots in plenty of extra fuel – and there go your fuel savings.”

To increase fuel efficiency, an aftermarket device or product is typically necessary if a vehicle, truck, or machine is being operated at low rpm. As additives, treatments, catalytic converters, and turbos do not increase fuel economy, another device is necessary.

A fuel catalyst is that device.

How Do Fuel Catalysts Improve Fuel Efficiency and How?

A fuel catalyst increases fuel efficiency by increasing the combustion efficiency of a fuel. There is one universal with respect to fuel combustion: oxygen. A sufficient sum of oxygen mixed in with a fuel is required. Equally as important, the fuel molecules must oxygenate.

Polarization is the reason fuel molecules cluster together.

While there may be other fuel saving devices that can increase fuel efficiency, only fuel catalysts have the science and track record to guarantee savings.