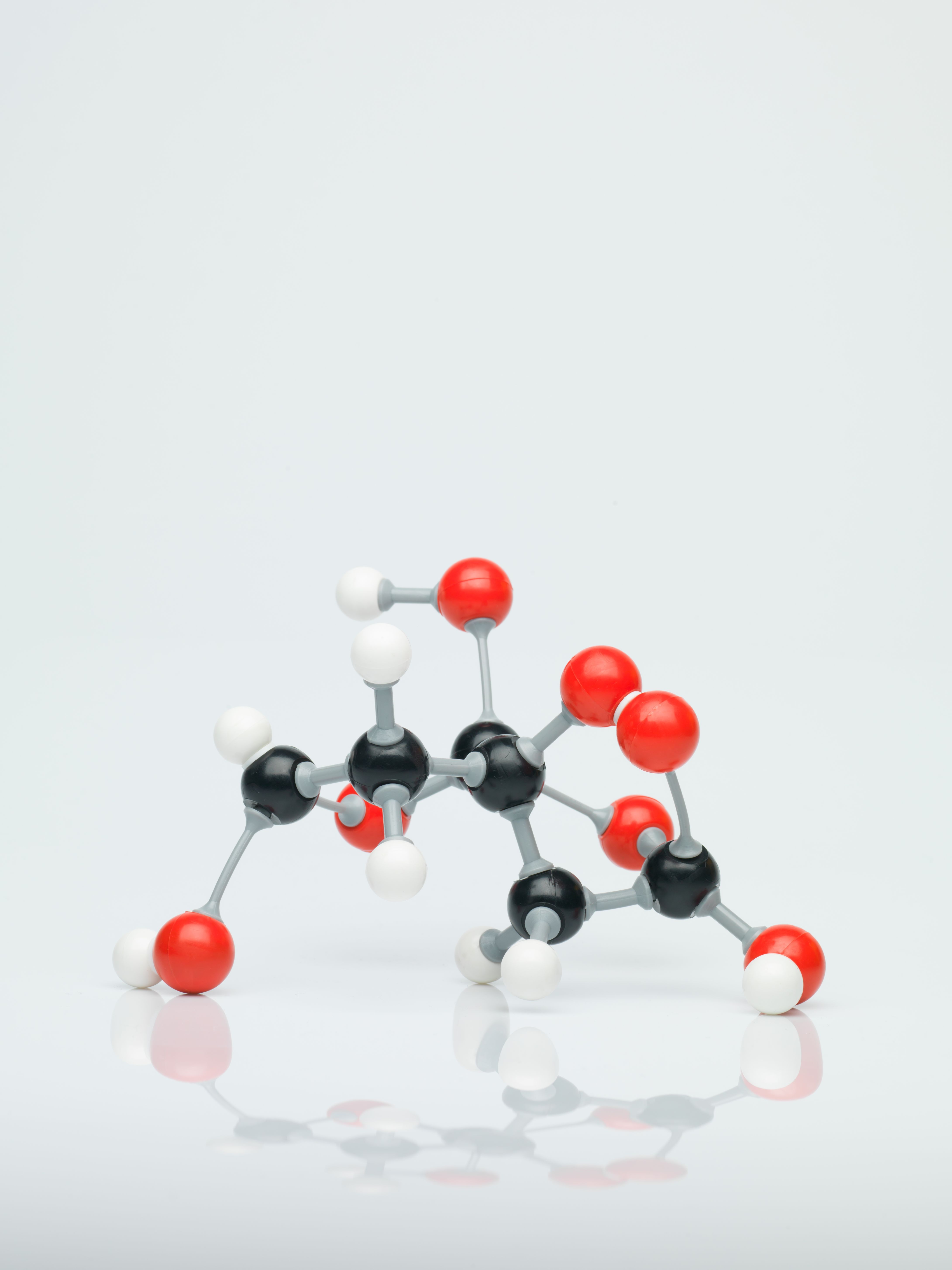 “What are hydrocarbons,” is a question few people know the answer to even though hydrocarbons are of critical importance to almost every aspect of every person’s life. The term hydrocarbons is a buzzword the media correlates with emissions, pollution, and global warming talk. The issues associated with hydrocarbons are well documented and generally understood by the public at large.

But, the negative aspects of hydrocarbons do not tell the whole story.

Hydrocarbons emissions are not only the worse pollutant associated with human activities because of their effects on the atmosphere and biosphere, but because of the sheer mind-boggling sums of hydrocarbons that escape into the biosphere as emissions every day, week, month, year, and decade.

The Flip Side of the Hydrocarbon Coin

Coal is the overwhelming source of electric power generation, 65 percent. Another 20 percent comes from nuclear power. Renewable energy sources — almost all of which are made of hydrocarbons — make up the last 14 percent. Energy from solar power makes up less than one percent of the electricity we use.

The question what are hydrocarbons becomes even more absurd when one thinks of their importance in everyday life. Plastics, fiberglass, carbon fiber, rubber, vinyl, deodorant, yarn, denture adhesive, plastic wood, antifreeze, shampoo, skis, golf balls, refrigerators, pantyhose, and thousands of other synthetics exist because of hydrocarbons.

Hydrocarbons are the wheel of modern society.

Hydrocarbons: The Good with the Bad

Most commonly found in fossil fuels, hydrocarbons are the simplest organic compounds, “Containing only carbon and hydrogen, they can be straight-chain, branched chain, or cyclic molecules.” They can exist either as individual molecules or molecule chains.

The composition of hydrocarbon molecules — the number of carbon and hydrogen atoms and the manner in which they bond — determines the hydrocarbon type.

“There are three types of homologous families of hydrocarbons: alkanes, alkenes, and alkynes. Alkanes contain only single bonds between carbon atoms. Alkenes contain at least one double bond. Alkynes contain at least one triple bond. Most of these types of hydrocarbons can exist with the same chemical formula in a different form or chemical structure. When a compound has the same chemical formula but two possible structures, these two structures are called isomers.”

The type of hydrocarbon isomer determines the amount of energy produced, under what conditions the hydrocarbon combusts, and what kinds of pollutants result.

Methane, for example, is a one-carbon to four-hydrogen bond. The 1-to-4 ratio makes methane — aka, “natural gas” — an extremely low-value hydrocarbon gas. The greater the sum of carbon atoms — in relation to hydrogen atoms, — in a hydrocarbon isomer, the more energy potential the hydrocarbon has. Methane molecules produce very little energy in relation to most other fossil fuels hydrocarbons.

Types of Hydrocarbons in Diesel

Of the fossil fuels, diesel has one of the highest energy densities. “The average chemical formula for common diesel fuel is C12H24, ranging approximately from C10H20 to C15H28.” That means diesel has a carbon-to-hydrogen ratio of 1-to-2 or greater.

The carbon to hydrogen ratio of diesel — the fuel density — is significantly higher than all gas fossil fuels as well as liquid fossil fuels. Only the highest quality coal in the world, anthracite, has an energy density that exceeds that of diesel.

What are Hydrocarbons to Diesel?

A comparison in relation to gasoline illustrates the molecular composition and physical properties of diesel. “Diesel fuel differs from gasoline in several ways. Diesel fuel contains larger hydrocarbon molecules, with more carbon atoms than gasoline. Diesel fuel is heavier and ‘oilier’ than gasoline. It evaporates much more slowly because it is composed of larger hydrocarbon molecules, which have higher boiling points, typically 150 °C to 370 °C.”

Again, low-density fuels have small molecule chains and low carbon-to-hydrocarbon ratios. Natural gas, for example, has no molecular chains at all. It is simply the composition of single, free-floating hydrocarbons — CH4 molecules. That means methane burns easier than fossil fuels with large hydrocarbons and chains even though methane produces less energy.

Even when it does combust, there is a propensity for diesel fuel to combust incompletely. Not only does incomplete fuel combustion result in a loss of power — hydrocarbons simply escape into the atmosphere as emissions — poor combustion efficiency means higher emissions pollution.

It is important to differentiate between oxygen and air. Air is only valuable with respect to the combustion process because it contains oxygen. “Because the air we breathe is only 21% oxygen, a large volume of air is required for complete combustion to take place.”

The more complex answer to why large hydrocarbon molecules combust less completely than simple hydrocarbons is technology, combustion engine technology specifically. Combustion engines — still — are not sufficiently advanced to generate a complete diesel fuel burn. And, the technologies that do increase combustion efficiency significantly are still not commonplace.

Incomplete combustion, however, generates even more greenhouse gases, GHGs that are toxic and dangerous. Toxic and/or destructive byproducts of incomplete combustion include carbon monoxide (CO), nitrous oxide (NO), sodium dioxide (SO2) as well as cancer-causing volatile organics like benzene, acetone, xylene, and toluene.

High emissions pollution has effects on the atmosphere and the biosphere as a whole.

Effect of Hydrocarbons on Atmosphere

The reality of global warming is no longer an it-is or it-isn’t happening debate. It is almost impossible to believe the sum of emissions we pour into the atmosphere each year are not having a global effect. Hydrocarbons change the composition of the atmosphere. Changes in the atmosphere mean changes in the biosphere.

Arguably the biggest and most noticeable effect hydrocarbons have on the atmosphere is global warming. “As the Earth moved out of ice ages over the past million years, the global temperature rose a total of 4 to 7 degrees Celsius over about 5,000 years. In the past century alone, the temperature has climbed 0.7 degrees Celsius, roughly ten times faster than the average rate of ice-age-recovery warming,” according to NASA’s Earth Observatory.

Effects of Hydrocarbons on Biosphere

Again, it does not take scientific data and irrefutable proof to understand that pollution is not good for the environment. By simply looking at the health of the vegetation along a busy highway is proof enough that hydrocarbon pollution has a negative effect on living organisms.

“When sulfur dioxide and nitrous oxide react with water vapor in the atmosphere, acids are produced. The result is what is termed acid rain, which causes serious damage to plants. In addition, other gaseous pollutants, such as ozone, can also harm vegetation directly,” explains AirQuality.org.

In labs, emissions like benzene, acetone, toluene, and xylenes have proven to be cancer-causing volatile organics in test animals. Black smoke and particulate matter cause respiratory and cardiac issues.

According to the EPA, “1970, CO2 emissions have increased by about 90%, with emissions from fossil fuel combustion and industrial processes contributing about 78% of the total greenhouse gas emissions increase from 1970 to 2011.”

Again, there is no reason to believe the world is on track to stop using hydrocarbon fuels. All trends show that the use of fossil fuels will continue to grow. That being the case, the question that must be asked is, how do we minimize emissions while maintaining our use of fossil fuels. There is likely no way to make fossil fuels emissions free. Carbon dioxide will always be a factor.

However, a clean fossil fuel burn produces only two emissions, carbon dioxide, and water. Unfortunately, no engine, boiler, or furnace has ever created a 100 percent clean burn. And, only a small portion of the energy produced by the combustion of fossil fuels is utilized, around 15% for vehicles.

In order to reduce emissions, we must do two things, decrease non-CO2 emissions and increase the energy-use efficiency of engines, power plants, refineries, boilers, and furnaces.

Reduction of Emissions with the Rentar Fuel Catalyst

There are no means by which to eliminate all emissions, but there are ways to reduce emissions dramatically. For example, the Rentar Fuel Catalyst reduces diesel fuel emissions at an unparalleled rate. When the Rentar is installed on a fuel line, black smoke drops by up to 44 percent. Particulate matter falls by up to 19.2 percent. Elemental and organic carbons disappear at a rate of 35 percent with the Rentar. And, cancer-causing volatile organics like acetone, benzene, xylenes, ethylbenzene, and trimethylbenzenes drop by between 35.4 percent and 58.7 percent.

And, the Rentar Fuel Catalyst increases the amount of energy in a fuel that an engine can convert to power. Ranges vary from between 3 percent and 8 percent for heavy equipment and off-road vehicles to 30 percent in boilers and furnaces.

While not a fix-all, there never may be one; the Rentar is an example of the type of technology that can curb our out-of-control generation of hydrocarbon pollution. The question is of what can we do in the future is completely irrelevant. The only question of relevance with respect to hydrocarbon emission is what you are doing now.