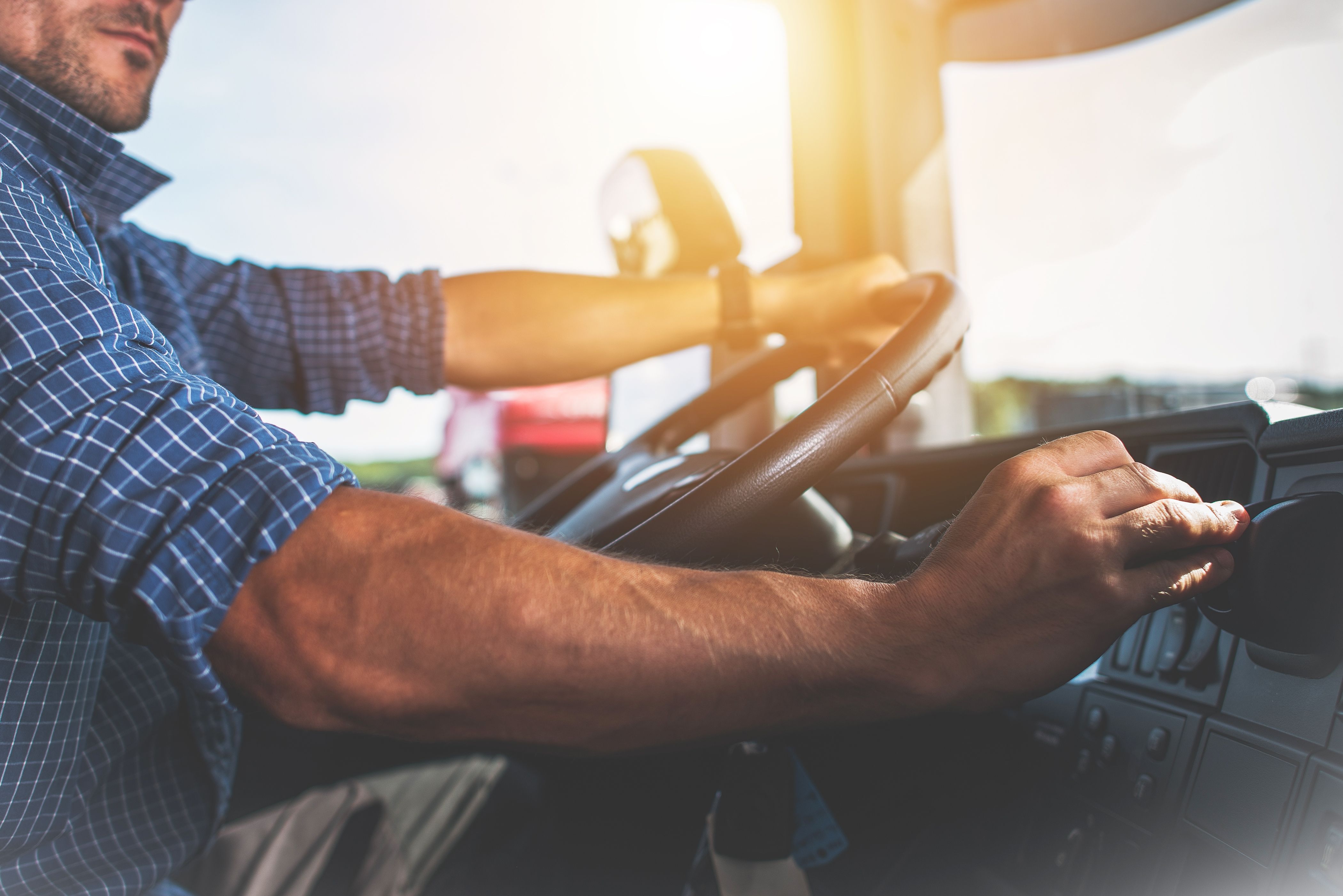 The difficulty in cutting heavy equipment operating costs stems from the fact that the overwhelming majority of cost variables in the world of construction, excavation, and development are outside the control of a business owner. That means there are only a select few costs a heavy equipment owner can reduce.

The price of materials — fill, sand, rock, gravel, asphalt, pipe, fittings, valves, etc. — is out of the control of a heavy equipment operator’s hands. The price of parts — tires, hydraulic hoses, oil and oil filters, — and the cost of a mechanic’s labor is out of the control of a business owner. There are very few means by which to manipulate the difference between gross and net profit in construction, excavation, and development.

One of the few measures a company’s owners can take to reduce heavy equipment operating cost is reducing the difference between gross and net profit.

Cutting costs is the most productive means of increasing profit.

Unless a laborer or operator is not producing the requisite amount of work — or the wages/salary a company is paying far exceeds the market value of a given position, — reducing a company’s workforce lowers gross profit.

Another means of reducing operating costs — one would think — would be to lower the amount of money spent on replacement parts and machine maintenance. But, purchasing cheap parts — parts and maintenance being the third largest expenditure for a heavy equipment operation — often means replacing parts more frequently. The reason being, inexpensive parts are often cheaply made. Trying to reduce costs by purchasing cheap parts can mean reducing net profit in the long term because while cheap parts are less expensive in the short term, they are more expensive in the long run.

Unless the amount a heavy equipment operation pays for parts and labor is out of the norm, attempting to cut costs by saving money in either area is typically counterproductive.

Fuel costs are one of the few areas a heavy equipment operation can cut costs.

Fuel constitutes the second greatest expenditure of a heavy equipment operation. Only wages/salary creates a bigger gulf between gross and net profit. And again, labor costs — while they can be manipulated to a degree — are set by the regional market.

Decreasing operator inefficiency means breaking old habits or increasing the skill and expertise of an operator or both. Poor operating techniques are the origin of all wasted fuel on a job site. While fuel saving devices and technologies can overcome some of the deficiencies of less skilled operators, to maximize the potential of fuel-saving technologies, operators must understand how to operate a machine efficiently.

As such, the simplest means of saving fuel is to hire operators who use heavy equipment in a best-practices manner.

No factor plays a bigger role in heavy equipment fuel waste than operators. Company owners typically gauge the difference between an expert operator and a poor operator with a formula of production over a given amount of time. As opposed to determining the quality of an operator by the amount of material moved, miles covered, or trench dug over a given amount of time, a far more accurate means of determining the quality of an operator is production divided by the volume of fuel.

Assuming the same production over a given amount of time, one operator being efficient with fuel and the other not, fuel savings — hence net profit — is money that goes directly to a company’s owner. If an inefficient operator uses 4 more gallons per day to produce the same amount as work as another — one uses 16 gallons of fuel a day and the other uses 20, — and diesel fuel costs $4 per gallon, that is a loss of $16.

It is not difficult for one operator to be 25% more efficient than another. If one operator prefers a longer but unencumbered route and is willing to travel twice as far for the sake of ease of operation, fuel use is doubled. If the same operator spends twice the time idling — leaving the engine of a loader running while waiting for the arrival of a truck, for example — means more wasted fuel. If the inefficient operator increases engine speed to maximum rpm for every load, more wasted fuel.

If there are three operators in a company operating equipment that inefficiently, that is a loss of roughly $250 per week. Per month, $1,000 that would go directly into the pocket of the company’s owner is lost to waste.

Jobsite flow is a very simple concept that can be broken down into two fuel consumption variables: distance and time. The farther a machine must travel for each task, the more fuel it consumes. The more time an engine runs the more fuel it uses.

Though obvious statements, job site flow is nothing more than putting into practice the idea of shortest distances traveled and the least amount of idle time. “Whether it’s a “field” site where the contractor is performing general earthmoving, or whether it’s a permanent site where trucks are being loaded or hoppers are being filled every day, how equipment workflow is established can affect fuel efficiency.

Planning to work in a way that achieves the shortest distance traveled, the shortest curve, the most direct route or the fewest obstructions will improve fuel efficiency by completing the work in shorter, more consistent cycles. The workflow should also be situated in a way that minimizes idle time.” explains Case News.

Putting heavy equipment best practices to use is not as simple as one might think. Fortunately, there are technological alternatives that can reduce operator inefficiency so the responsibility is not entirely on an operator.

There are a number of technologies that can save fuel by controlling the machine; technologies that make heavy equipment best practices a feature of automated operation. While not as effective as a highly-efficient operator, fuel-saving technologies are considerably more effective than the average operator’s best-practice efforts.

One of the simplest and most effective fuel-saving technologies are auto-idle and auto-shutdown features. Idle time can account for as much as 40% to 50% of the total time a machine operates per day according to the heavy equipment manufacturer Caterpillar. The consequences of idle time are significant, particularly with respect to fuel costs. If every hour of low rpm idle time uses a gallon of fuel, that can result in 4 and 5 gallons per day per machine. And that is if the machine idles at low rpm. If a company has 10 pieces of equipment, that is between 40 and 50 gallons a day. At $4 per gallon, that is between $160 and $200 per day. That can mean up to $48,000 per year.

An auto-idle feature works in much the same manner, but rather than killing the engine, it simply lowers the rpm of a revved engine to an idle. The auto-idle feature is designed for machines like excavators and roller packers that have an idle throttle as opposed to a gas pedal.

In addition to saving fuel, auto-idle and auto-shutdown features function as training tools to help inexperienced and/or poor-practice operators remember to save fuel when not performing a task.

One of the most popular features available, telematics (GPS) equipment achieves two ends for heavy equipment operators and owners. The first is tracking. The second is to implement positioning. Both ends are a means of increasing fuel efficiency.

Tracking a machine gives owners and operators the capacity to monitor the movements of a machine both in real time and over the course of the last several hours, days, weeks, months, or years. By monitoring the movement of a machine, it is possible to evaluate the paths taken by a machine and the amount of time spent at idle. GPS tracking can even provide information about engine speed over a course of time. Understanding what a machine does on a daily basis allows company owners to help operators improve job site flow practices.

Telematics is also capable of controlling implement and attachment elevation, the most difficult aspect of operating heavy equipment. The grade of a bucket, blade, attachment, or implement determines the efficiency at which a machine operates. For example, if a bulldozer operator grading a pad drops the blade below the necessary grade, the mistake requires considerable work to repair. The operator must backfill the area below grade, then compact the area, all of which uses fuel. The waste mistakes on a job site can be considerable.

Unlike most other fuel-saving technologies, fuel catalysts are not designed to reduce the inefficiencies of operators. Instead, fuel catalysts reduce combustion inefficiency. All hydrocarbon-based fuels — petroleum and gas-state fossil fuels — are heterogeneous mixtures. Rather than being uniformly distributed throughout the volume of a fuel, the hydrocarbons clump together in clusters. Clustering means less surface area for individual fuel molecules and a lack of surface area prevents oxygenation.

The precious metals in the Rentar Fuel Catalyst — the same as the noble metals found in a catalytic converter — depolarize the charges that hold fuel clusters together thereby breaking them up and creating a more homogeneous fuel mixture. That allows the individual fuel molecules to oxygenate and increases combustion efficiency.

The Rentar Fuel Catalyst has proven to increase fuel combustion efficiency by between 3% and 8% on over-the-road diesel-powered vehicles and has a higher rate of efficiency for heavy equipment and marine-purposed engines. On furnaces and boilers that use extra-heavy fuels like fuel oil and bunker fuel, the rate of increase is 30%.

In addition to decreasing fuel consumption — saving fuel — by increasing the energy output of diesel, the Rentar Fuel Catalyst reduces emissions. The Rentar reduces particulate matter, a.k.a. “smog,” by 19.2%. Black smoke reduction from the Rentar can be as high as 44%. Nitrous oxide and other nitrogen oxide emissions and sulfur dioxide emissions also fall by 19.2%. Equally important, the Rentar reduces organic carbons by 35% and volatile cancer-causing organics like benzene, acetone, and xylenes by between 16.4% and 58.7%.

A heavy equipment operation requires a great deal of organization. There are a tremendous number of factors that go into making a company successful. But, for company owners, there should be a firm commitment to net income. The bottom line should always be the highest priority. And while there are a large number of means by which company owners can increase gross profit, increasing net profit means reducing expenditures.

Again, as fuel is the second highest cost in a heavy equipment operation and cutting wages and salary is detrimental to the health of a company, cutting fuel costs should be the number one priority with respect to increased net income.

Jobsite flow best practices and combustion efficiency are the keys to increasing the amount of money a heavy equipment company’s owner takes home.