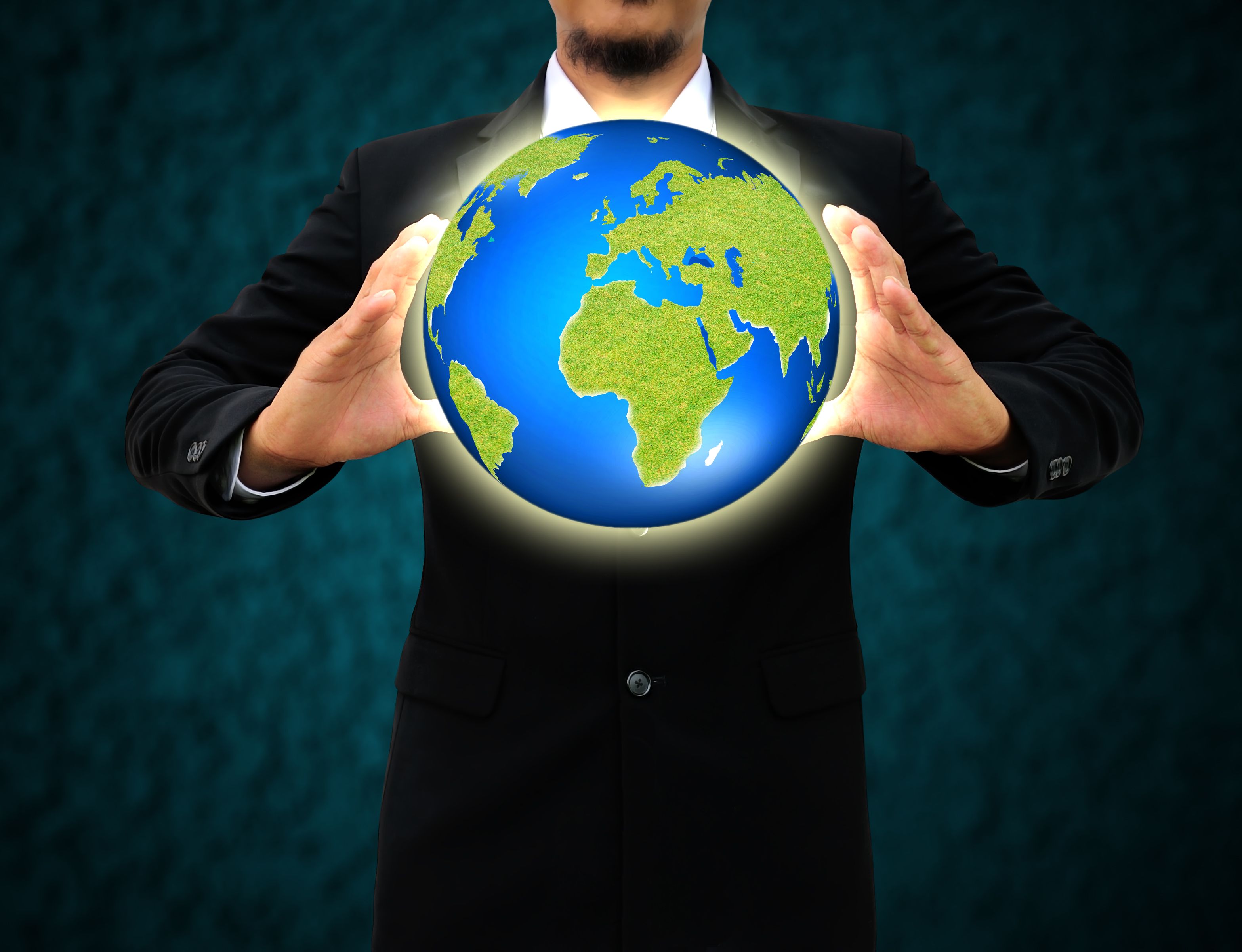 Gasoline vs Diesel Emissions: Types and Effects of Each on Health & Environment

In reality, there are hundreds of emissions associated with spark-ignition gasoline engines. In terms of sheer amount, there is no other emission from gasoline engines that account for a greater percentage of combustion emissions than nitrogen (N2). Nitrogen makes up 71 percent of the composition of exhaust emissions of petrol engines. The reason being, nitrogen constitutes 78 percent of the air in our atmosphere.

However, the number of emissions that have a major impact on the environment and/or people, fauna, and flora is limited to less than 20. Less than 5 petrol exhaust emissions generate the vast majority of concern for scientist with respect to gasoline-powered engines.

The most concerning petrol exhaust emission is carbon dioxide.

Carbon dioxide constitutes 14 percent of exhaust emissions of petrol engines. Carbon dioxide is a non-toxic emission that does not harm people and is extremely valuable for plants during the process of photosynthesis. However, carbon dioxide has a greater impact on global warming than any other vehicle emission because petrol engines produce more CO2 than any emission aside from nitrogen.

According to the Environmental Protection Agency (EPA), “A typical passenger vehicle emits about 4.6 metric tons of carbon dioxide per year. This assumes the average gasoline vehicle on the road today has a fuel economy of about 22.0 miles per gallon and drives around 11,500 miles per year. Every gallon of gasoline burned creates about 8,887 grams of CO2. The average passenger vehicle emits about 404 grams of CO2 per mile.”

It may seem counterintuitive that a car creates more emissions in pounds than it burns in pounds of gasoline. But, part of the hydrocarbon combustion process is gaining weight. The energy produced during hydrocarbon combustion occurs when the carbon-hydrogen molecules split. But, once split, both the hydrogen and carbon atoms create chemical bonds with other atoms. Hydrogen atoms bond with oxygen atoms to make water and carbon atoms bond with oxygen to make carbon dioxide — under ideal settings.

In practice, the conditions under which hydrocarbon combustion occur are never ideal, So, one to two percent of the emissions from a vehicle are hydrocarbons, nitrous oxides, and carbon.

Between one and two percent of gasoline engines are not nitrogen, carbon dioxide, or water. One of the emissions produced by petrol engines is hydrocarbons. Petrol engines, by design, generate hydrocarbon emissions.

According to the Illinois EPA, “Hydrocarbon emissions result when fuel molecules in the engine do not burn or burn only partially. Hydrocarbons react in the presence of nitrogen oxides and sunlight to form ground-level ozone, a major component of smog. Ozone irritates the eyes, damages the lungs, and aggravates respiratory problems. It is our most widespread and intractable urban air pollution problem. A number of exhaust hydrocarbons are also toxic, with the potential to cause cancer.”

But it is carbon monoxide that is the most abundant of gasoline-engine emissions.

It is a greenhouse gas, though it does not have a direct impact on global warming, “Although carbon monoxide is only a weak greenhouse gas, its influence on climate goes beyond its own direct effects. Its presence affects concentrations of other greenhouse gases including methane, tropospheric ozone, and carbon dioxide.”

Unlike gasoline emissions of which one to two percent is made of carbon monoxide, partially burned and/or unburned hydrocarbons, and nitrous and sulfur oxides, only .3% of the emissions generated by a diesel engine are made of pollutants besides oxygen, water, carbon dioxide, and nitrogen. However, that .3% is made of five pollutants rather than three. The most concerning of the five non-ideal-combustion emissions that diesel engines produce are nitrogen oxides and sulfur oxides.

While nitrogen is an innocuous gas that constitutes 78 percent of the atmosphere, nitrogen compounds — particularly nitrogen/oxygen compounds — are greenhouses gases, toxic, or both. There are three types of nitrogen oxides present in diesel engine emissions that are concerning: Nitric Oxide, Nitrogen Dioxide, and Nitrous Oxide.

NO — nitric oxide — is an innocuous emission by itself, but once it enters the atmosphere, NO easily pairs with oxygen to create nitrogen dioxide. By itself, NO is used as both a food supplement and as fertilizer. However, nitric oxide is extremely reactive, “Nitric oxide (NO) is a reactive gas that plays an important role in atmospheric chemistry by influencing the production and destruction of ozone and thereby the oxidizing capacity of the atmosphere. NO also contributes by its oxidation products to the formation of acid rain.”

Unlike nitric oxide, nitrogen dioxide is not innocuous. With respect to ecosystems, “High levels of NOx can have a negative effect on vegetation, including leaf damage and reduced growth. It can make vegetation more susceptible to disease and frost damage.” And nitrogen dioxide is dangerous for the health of people as well.

Of equal concern to scientist are sulfur oxides.

Each molecule having one sulfur atom and two oxygen atoms, sulfur dioxide occurs as an emission when a fossil fuel has high sulfur content. As such, great measures have been taken to reduce the sulfur content found in fossil fuels. As of 1993, the maximum allowable amount of sulfur in ultra-low sulfur diesel fuel is 15 parts per million. In gasoline, the maximum allowable amount is 10 parts per million.

Sulfur dioxide is not a greenhouse gas. In fact, as opposed to trapping thermal heat in the atmosphere, sulfur dioxide actually blocks sunlight before it enters the atmosphere. However, sulfur dioxide is extremely hazardous to the health of people. The Canadian Centre for Occupational Health and Safety describes sulfur dioxide as,” colorless gas, suffocating odor and VERY TOXIC. It is fatal if inhaled and corrosive to the respiratory tract. A severe, short-term exposure may cause long-term respiratory effects (e.g., Reactive Airways Dysfunction Syndrome (RADS)). CORROSIVE, it can cause severe skin burns and eye damage an may cause frostbite. SUSPECT MUTAGEN Suspected of causing genetic defects.”

In addition to sulfur oxides and nitrogen oxides, diesel emissions generally have a higher particulate matter count than gasoline.

“PM pollution can cause lung irritation which leads to increased permeability in lung tissue; [it] aggravates the severity of chronic lung diseases, causing rapid loss of airway function; causes inflammation of lung tissue, resulting in the release of chemicals that can impact heart function and PM causes changes in blood chemistry that can result in clots that may lead to heart attacks. PM can [also] increase susceptibility to viral and bacterial pathogens leading to pneumonia in vulnerable persons who are unable to clear these infections.”

While the emissions from diesel engines are of a greater number, the advantage diesel refineries, diesel engine manufacturers, and the owners of diesel-powered vehicles and machines have over those associated with gasoline-powered engines is the capacity to reduce the most dangerous of the emissions dramatically.