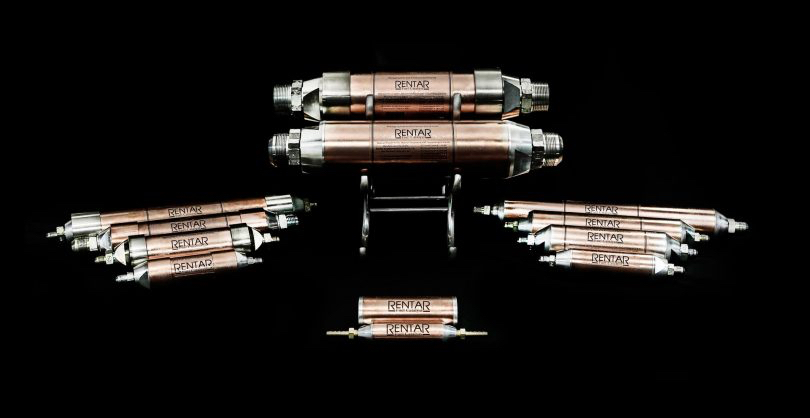 Lightweight fuels oxygenate more easily than medium weight and heavy fuels. Therefore, the difference in oxygenation rates between primed fuel and untreated fuel directly from the refinery or conditioning plant is less. As a result, the increase in the fuel efficiency of a vehicle is less.

In a spark-fired engine, the mixing of fuel and air occurs prior to the air-fuel mixture entering the engine. That is to say, gasoline and other spark-ignition engine fuels are in an oxygenated state prior to entering the combustion chamber, prior to being injected into the engine cylinder.

In a compression engine, on the other hand, the fuel and air mix in the combustion chamber. In order to increase the combustion efficiency of a compression engine, the fuel must be primed for oxygenation prior to entering the engine cylinder or the engine generates less power than the power potential of the fuel injected into the engine cylinders. The difference is a product of combustion efficiency. Unprimed fuel combusts less efficiently — meaning it simply blows out the exhaust — than fuel that is primed for oxygenation.

What is a Fuel Catalyst

A fuel catalyst is a pre-combustion device that mounts on the fuel line of a combustion engine. Inside the fuel catalyst,cylinder-shaped there are precious noble metals — catalysts — similar to those found in a catalytic converter. The catalysts are arranged along a cylinder-shaped tube. Fuel traveling down the fuel line travel through the fuel catalyst and undergoes a physical change when exposed to the precious metals. As Cassandra, G. Freyschlag, and Robert J.Madix of the School of Engineering and Applied Sciences, Harvard University, Cambridge, MA explain in their 2011 research paper titled, Precious metal magic: catalytic wizardry:

“Precious metals are alluring and magical because of their inactivity toward chemical reactions; they are extremely stable and hence are also termed “noble metals.” During the industrial revolution, mankind realized that noble metals have the power to influence the course of chemical events – through catalysis. A catalyst is defined as a substance that facilitates a chemical transformation without itself being consumed in the process; this power has a mysterious, almost magic-wand character.

Fundamental understanding of underlying mechanisms for catalytic oxidation processes reveals the magic and transforms the use of noble metals from instruments of adornment, trade and Edisonian industrialization, to key players in a new era of catalysis by design with potential for environmentally benign chemical processing.”

Molecule clusters are groups of atoms or molecules that are found in close proximity to one another, but that does not have a chemical bond binding them. “A cluster is a group of the same or similar elements gathered or occurring closely together. In chemistry, a ‘cluster’ is an ensemble of bound atoms intermediate in size between a molecule and a bulk solid. Clusters can be viewed as solids at the nanoscale. The clusters exist in diverse stoichiometries and nuclearities.”

The heavier and thicker a fossil fuel, the more complex the technology required to fully oxygenate the fuel.

A fuel catalyst is a technology that breaks up hydrocarbon clusters. When the fuel traveling down a fuel line passes through the precious metals on the inside of a fuel catalyst, the precious metals depolarize the charges that attract large and long-chain molecules together in clusters. Depolarizing the clusters means the large molecules and molecule chains — hydrocarbons — have greater oxygenation potential and once oxygenized, the hydrocarbons will combust more completely as individuals and more efficiently overall.

What is Not a Fuel Catalyst

What is a Catalytic Converter?

Fuel Savings from a Fuel Catalyst

The fuel savings in one year from a Rentar Fuel Catalyst is guaranteed to pay for itself in 3 to 12 months. The Rentar increases the fuel efficiency of over-the-road vehicles by 3 to 8 percent. For example, tested under high-stress conditions by the U.S. Marine Corps, the Rentar Fuel Catalyst showed “very good reductions in opacity and emission odors, as well as showing a signiﬁcant increase in vehicle performance and MPG.

On off-road vehicles and heavy equipment, the improvement in fuel efficiency is generally even more than the 3 to 8 percent baseline. In 2004, the US Army Aberdeen Test Center put the Rentar Fuel Catalyst on a 1993 4×4 cargo truck used by the US Marine Corps. Operation with the Rentar “considerably enhanced performance,” one study concluded, resulting in “less hydrocarbon (HC) emissions, lower NOx levels, lower exhaust temperature rise, and improved fuel economy.”

With respect to marine engines, the fuel savings are even more dramatic. In 1997, the U.S. Navy placed the Rentar Fuel Catalyst on a starboard main engine of the USS Independence. On a voyage from Pearl Harbor, Hawaii, to California, the Rentar was compared with the port engine not using the device. The engine using the Rentar burned 151 fewer gallons during the voyage. Also tested by the Navy on a cargo trucks and other vehicles, the Rentar showed stunning savings in fuel economy – over 40 percent in some cases.

The change between before-Rentar-fuel-efficiency and after-catalyst-installation-savings on boilers and furnaces that burn fuel oil and bunker fuel is equally impressive. Hetero Labs put the Rentar Fuel Catalyst on a 5-ton boiler and got a “green energy” fuel consumption savings of 20 percent.

Emissions Reduction from a Fuel Catalyst

The Rentar Fuel Catalyst has been independently tested extensively and on average reduces nitrogen oxides (NOx) by up to 19%, carbon monoxide (CO) by up to 7%, particulate matter (PM) by up to 19% and hydrocarbon (HC) emissions by up to 11%. Reductions in opacity or black smoke can be even larger — up to 44% — and is apparent to the naked eye on older smoking vehicles within a few hours after installation.

Owners, operators, fleet managers, and boards of directors wanting to increase the fuel efficiency of an engine and reduce its emissions require a fuel catalyst.