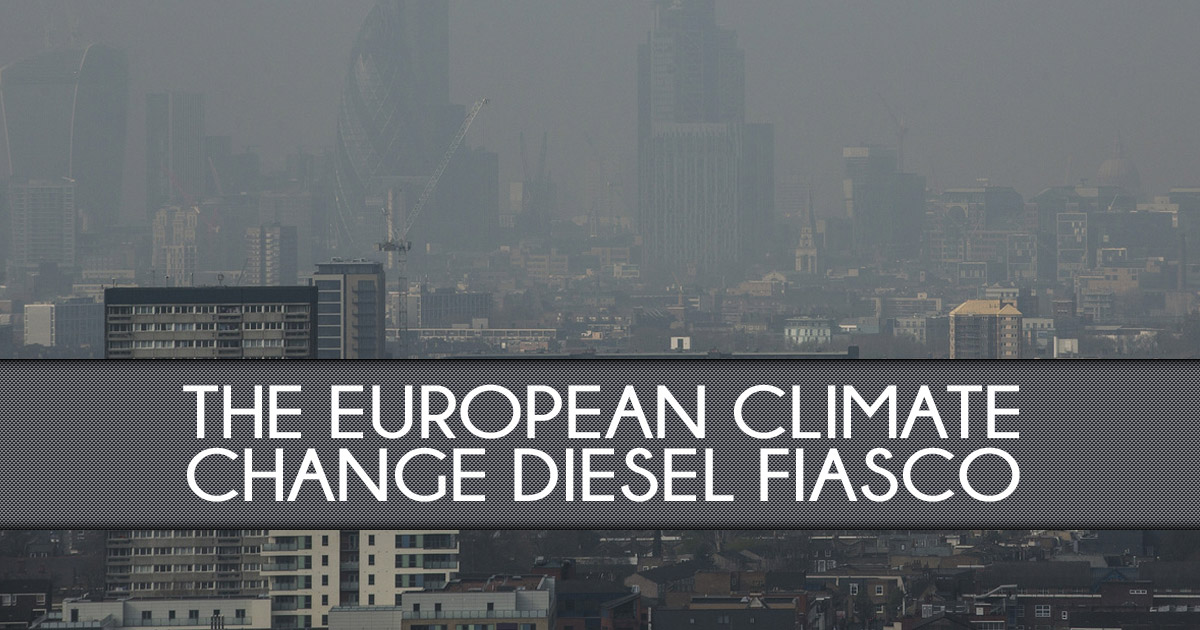 The European Union has poured billions of dollars of taxpayer funds over the last half decade in an effort to build cleaner-burning diesel cars and truck engines to fend off climate change. A report this week suggests not only has that money been wasted, but the efforts to find the right diesel fuel saving devices have actually made the air on the continent dirtier.

How did this happen? According to a report this week in EU Observer, car companies admitted to European authorities that their cars were designed to switch off their emissions control system during certain conditions on the road.

The report comes almost a year to the day of the revelation of “Dieselgate” – the discovery by U.S. authorities that Volkswagen had cheated on emissions tests. The revelation led authorities to discover that other European diesel engines were emitting far more on the road than in the laboratory.

It was simply not technologically possible to have the system running full time without harming the engine, Volkswagen and other car companies maintained. This comes despite the fact that emerging fuel technologies like the fuel catalyst have been proven not only to reduce harmful emissions, but actually improve engine performance by leaving less soot in the engine.

Another problem was that the program poorly defined its targets, experts now agree. It tended to focus more on CO2 results than NOx results. Petrol engines produce mostly CO2 emissions, while the problem with diesel engines is the emission of NOx. Another crucial difference: CO2 is a powerful greenhouse gas, helping to cause potentially disastrous climate change in the long term, while NOx is a pollutant, damaging to environment and health in the short term, according to the EPA.

At best, experts say, the entire effort was a muddle. Instead of developing technology to reduce harmful emission, Volkswagen developed software known as a “defeat device” – cheating software designed to hide its harmful emissions.

European investigators are still trying to determine if the money used to develop the cheat was part of their $448 million clean air technology loan.

The United States has taken a slightly different approach, setting standards designed on fuel savings as well are harmful emissions.

New standards issued this year by the Obama Administration require that new trucks will use 37 percent less diesel fuel over the next ten years.  The focus on diesel fuel spend alone means a reduction in national oil use by 2 billion barrels and eliminate 1.1 billion fewer tons of global warming emissions over the life of these vehicles.

Better mileage also means big savings, according to the Union of Concerned Scientists. The standards will save fleet operators more than $170 billion per year, and the average household will pay about $150 less per year for shipped goods.