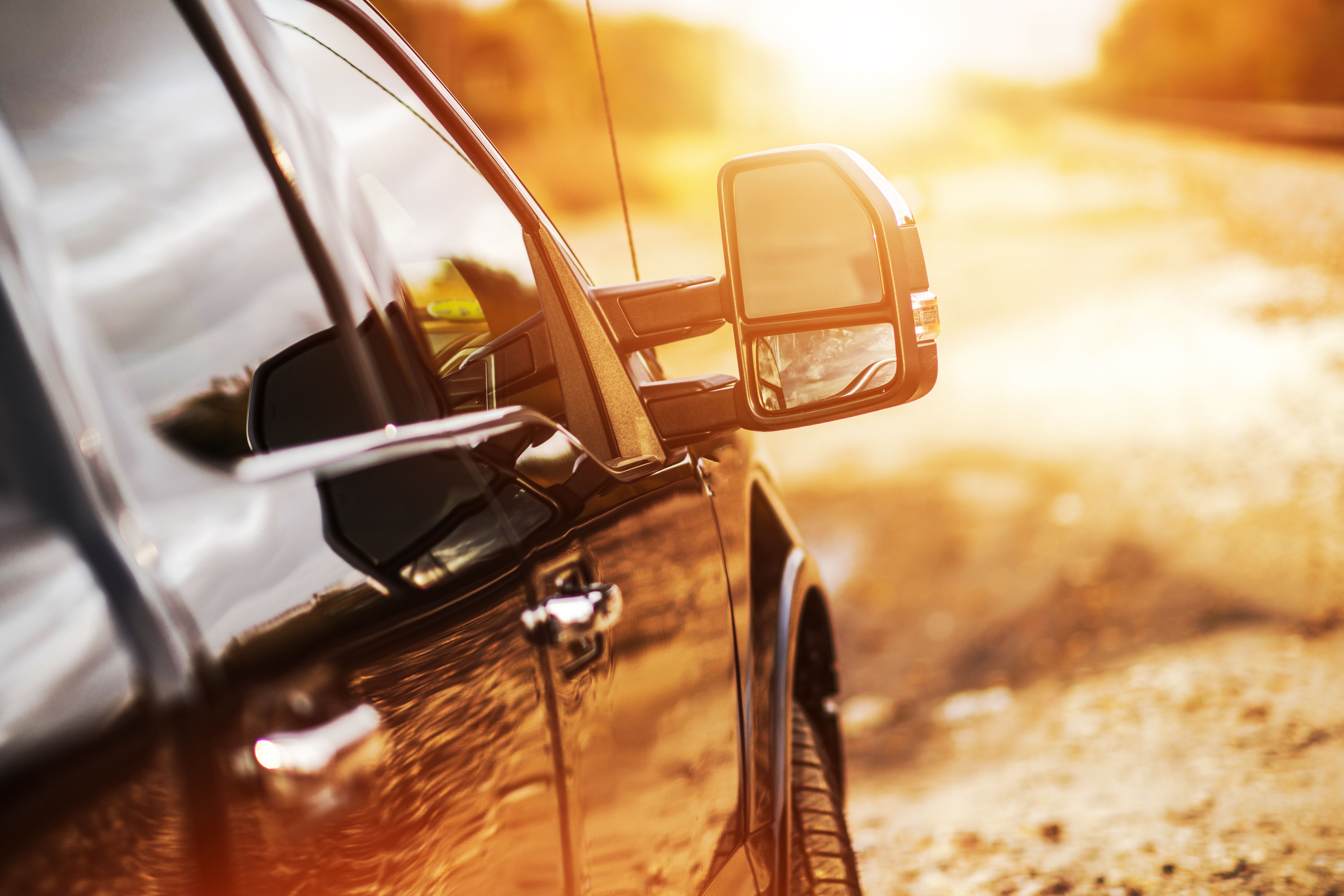 The Pros and Cons of Diesel and Gasoline Pickup Trucks Compared

For ranchers, farmers, construction workers, excavators, four-by-four and mudding enthusiasts, motorheads and women and men who simply love pickup trucks, there are very few topics as interesting to read or write about as engines. And, about the only thing more fun than pontificating about the perfect combination of horsepower and torque is reading or writing an opinion about a legitimate engine debate. That is particularly true if the debate comes down to a question about the bottom line: money.

The debate over whether it is better — in this case, “better” meaning less expensive — to own a gasoline or diesel pickup is complex because there are a large number of factors that a person must account for before making a decision. If fuel economy were the only variable in the better truck equation, diesel would win hands down. Diesel engines produce 25% to 35% more miles per gallon than their gasoline counterparts. So, until the federal government taxes diesel at a rate of 50% more than gasoline — even though tax rates are about 25% higher for diesel than gasoline, diesel, and gasoline are still roughly the same price, — diesel trucks will remain the “better” option.

But, the cost of fuel is not the only consideration. There are others that affect the value of a pickup to a degree almost equal to that of fuel costs. The first consideration is the initial cost of a truck. What it costs to maintain the pickup is another consideration as is the cost of repairs. Another major consideration is the life of a spark-fired gasoline engine versus a compression combustion diesel engine. And of course, performance is not something a buyer can — nor would want to — ignore either.

There is one last — exceptionally important — consideration truck buyers sometimes fail to take into account: which type of engine is better for the environment.

Historically, diesel trucks have been more expensive than gasoline-powered pickups. There is no reason to think that will change in the near future. The technology that powers diesel engines is considerably more complex than that used to produce spark-fired engines. Gasoline engines, from an engineering and combustion complexity perspective, are simpler engines. Additionally, diesel engines are typically heavier — meaning they require more iron and iron alloys — which increases the cost of diesel trucks.

And, the emissions standards for diesel trucks are much higher, not because diesel is a dirtier fuel — it isn’t — but because diesel is a more complex fuel than gasoline, so it’s more difficult to combust diesel fuel efficiently. As our technology is limited with respect to the complete combustion of diesel fuel, it burns dirtier on a volume scale, per gallon or liter. But on a per-mile scale diesel is much cleaner. In fact, the difference is not even close.

Still, the emissions standards for diesel trucks are extremely strict. As WorkTruckOnline.com explains, “The diesel/gasoline price gap has nearly doubled over the last seven years due to the exhaust after-treatment technologies developed to comply with Environmental Protection Agency (EPA) regulations for diesel emissions (in 2004, 2007, and 2010).”

Even without these standards, diesel engines naturally pollute less than gasoline engines per mile. And with the EPA’s strict standards, diesel pickups are as environmentally friendly as many gasoline vehicles on the road that are considerably smaller.

But again, to say diesel is a dirty fuel because it has more energy in molecular chains that are more difficult to burn is a misnomer. There are no pollutants inherent in diesel — save one, sulfur — that are not also inherent in gasoline. Be that as it may, what the EPA expects of diesel engines with respect to emissions is considerably more than it was in the past and considerably more than it is for gasoline even though gasoline inherently produces more pollution than diesel because it requires so much more gasoline to travel a given distance than traveling the same distance with diesel requires.

As a result of the technology required to efficiently burn diesel, a truck with a diesel engine can cost anywhere from $5,000 to $15,000 more — when acquired new — than its gasoline counterpart.

Once again, the cost of repairing a diesel engine is more expensive than the cost of repairing a gasoline engine. In addition, it is often easier to find second hand and off-brand parts for a gasoline engine. Finding second-hand parts is not as easy for a diesel because of the simple fact that there aren’t as many diesel-powered pickup trucks manufactured each year as there are spark-fired combustion engine powered pickups.

As far savings go, however, those are about the only advantages gasoline powered trucks have over diesel engine pickups. In almost every other respect, buying a diesel truck is a much wiser decision. And, while the initial cost of purchasing a truck and the cost of service and repairs are big short-term concerns, in the end, the difference in savings is eliminated by the long-term savings gained by purchasing a diesel truck.

Almost all the extra costs associated with purchasing a diesel truck — higher initial cost and higher maintenance and repair costs — are eliminated by the fact that the fuel costs of a diesel pickup truck are so undeniably much lower than that of a gasoline engine.

Traditionally, diesel had been less expensive than gasoline. But, higher tax rates and greater refining costs have moved the price of diesel and gasoline to roughly neck and neck. But, even though diesel and gasoline cost roughly the same, the fuel costs associated with a diesel pickup are still far, far less than those associated with a spark-fired gasoline-powered pickup. The reason being, diesel has a much higher fuel density than gasoline.

In other words, per gallon, there is considerably more energy content in diesel than there is in gasoline. Again, diesel is a much more robust fuel than gasoline with respect to fuel density. The same way health enthusiasts encourage people not to consume foods filled with “empty” calories, with respect to fuel economy, encouraging a person to purchase a gasoline powered pickup truck is encouraging them to fill their fuel tank with “empty” fuel.

There is another way of thinking about the implications of diesel having a much higher fuel density than gasoline is this: if the price of gasoline and diesel are comparable — say around $3, — then you are paying $2 for diesel for every $3 you pay in gasoline to travel the same distance.

The difference in the life expectancy of a diesel engine as it relates to that of a gasoline-powered engine is almost exactly the same as that in the difference in fuel efficiency. While today’s gasoline engines last considerably longer than those of the past, the fact that gasoline engines heat to such high temperatures every time they are used means the engines do not last as long as diesel engines.

Diesel versus Gasoline Pickup: Differences in Power and Speed

One of the few things that have not changed with respect to the diesel versus gasoline engine comparison are the differences in power and speed. Diesel engines have more power — torque — and gasoline engines accelerate more quickly and typically have higher top-end speeds. But, as technology improves, diesel engines are no longer the lumbering giants they once were. In fact, the acceleration differences between diesel and gasoline — especially in late models — is almost imperceptible.

Diesel versus Gasoline Pickup Truck: Which is Better for the Environment

Because gasoline and diesel produce roughly the same amount of carbon dioxide, the inefficiency of gasoline — because it is a low-energy density fuel — means gasoline is a bigger polluter than diesel.

There is roughly the same amount of pollution inherent in low energy fuels as there are in high energy fuels. But, since they tend to be extremely stable, getting the full energy potential out of high-density fuels requires more complex technologies. Simply, it is not the case that high energy fuel is dirty, the problem is that we have yet to produce the technology required to combust them with complete efficiency.

But, every year technology improves and diesel fuel combustion efficiency increases. One example of a technology that improves combustion efficiency — meaning each gallon of diesel produces more energy and fewer emissions — is the Rentar Fuel Catalyst. Because diesel is a high energy density fuel, it is extremely stable. While fuel stability is positive with respect to transportation and storage, it takes more advanced technologies to combust fuels that have high energy density than those like gasoline and natural gas (methane) that have low fuel to unit volume densities.

That is to say, while diesel has more energy potential than most other fossil fuels, releasing that energy and capturing it is more difficult than releasing the smaller sum found in less complex and energy-rich fuels.

That means, as our technology continues to improve, diesel pickups will become the undisputed “better” truck.