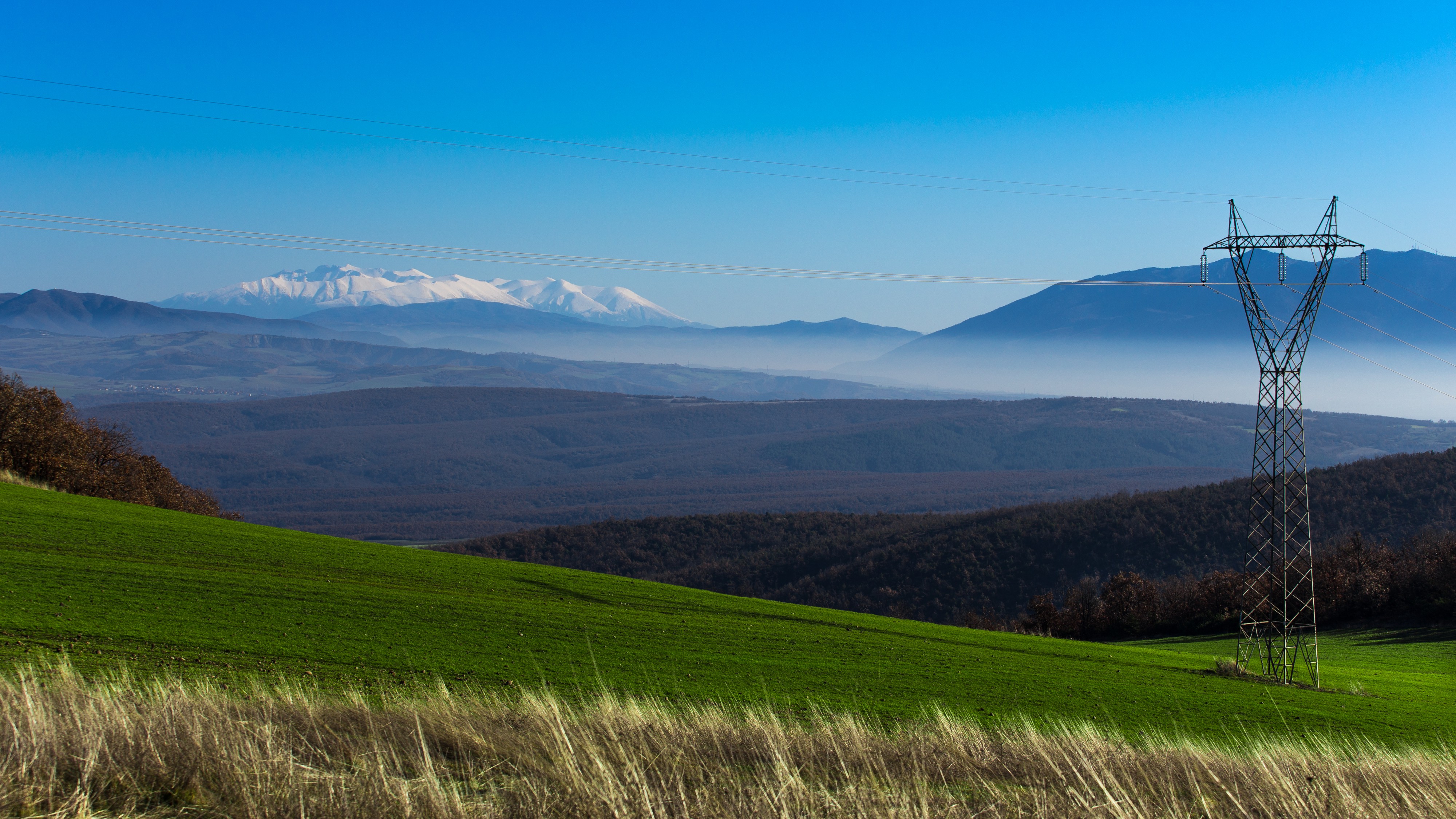 Diesel vs Biodiesel: Which is better for the Environment and Why?

But, the name used to market a fuel has no impact on the emissions a fuel produces. Nor do marketing campaigns always provide consumers with the information necessary to make an informed decision. Consequently, the name biodiesel and its marketing complicate the issue of the environmental cleanliness of biodiesel.

The reality is, biodiesel may not be clean at all. Biodiesel may be more damaging to the environment than petrodiesel, far more. There is a strong possibility diesel is the superior fuel in the diesel vs biodiesel debate.

Cleanliness of Biodiesel: Beyond Carbon Dioxide and Carbon Footprint

Even a cursory understanding of the emissions produced by biodiesel make it clear biodiesel is not as clean as often advertised. It is very likely that biofuel produces more — and worse — emissions than petrodiesel.

Biofuel Emissions as a Whole

Still, measuring the environmental impact of growing the crops is difficult. The impact from growing biodiesel crops is typically specific to the geographic traits and economic characteristics of a given region.

But the emissions biodiesel produces, versus traditional diesel, is much easier to determine on a global scale. Even a layman can see that biodiesel — any biofuel for that matter — is anything but clean.

But, according to the U.S. Department of Energy, “diesel fuel contains roughly 10% to 15% more energy than gasoline.” Additionally, diesel engines have far greater thermal efficiency than gasoline engines. A diesel engine converts far more energy into work than a gasoline engine. A gasoline loses between 60 and 80 percent of the energy a fuel produces out the tailpipe or to the air around an engine.

That means the fuel efficiency of a diesel engine — the “gas” mileage — is far better than that of gasoline engines. “Diesel vehicles can often go about 20% to 35% farther on a gallon of fuel than their gasoline counterparts,” the continues the Department of Energy.

So, per mile, a diesel engine produces between 8 and 27 percent less carbon dioxide than a comparably sized diesel engine.

So, how does biodiesel compare to traditional petrodiesel? The short answer, not well. Not well at all. The reason for the difference between biodiesel and petrodiesel is the hydrocarbons each contains.

Comparison of Hydrocarbons in Traditional Diesel and Biodiesel

Categories and Classes of Hydrocarbons

The mixtures and ratios of the four classes of hydrocarbons determine fuel type.

So, the answers to two questions determine which fuel is safer for the environment. First, “which of the two fuels contains a higher amount of less polluting hydrocarbons?” And second, “which produces the least amount of emissions per mile — again, not per unit of volume?”

The four classes of hydrocarbons are alkanes, cycloalkanes, alkenes, and olefins.  But, only three classes of hydrocarbons constitute diesel: alkanes, cycloalkanes, and alkenes.  Olefines do not occur naturally in crude oil. Though hydrocarbons, they are a byproduct of the crude oil refining process. But, olefins are not a byproduct of the diesel refining process. So, diesel has only trace amounts of olefins.

Alkanes are the general term for single-chain, stable hydrocarbons. They contain a single spine of carbon atoms, each carbon atom bonded to three hydrogen atoms. The petroleum industry refers to alkanes as “paraffins.”

Paraffins and naphthenes constitute the large majority of the molecules in diesel. “The aliphatic alkanes (paraffins) and cycloalkanes (naphthenes) are hydrogen saturated and comprise approximately 80-90% of the fuel oils. Aromatics (e.g., benzene) and olefins (e.g., styrene and indene) compose 10-20% and 1%, respectively, of [diesel].” according to the U.S. Health and Human Services Department.”

Traditional fossil fuel is arguably the cleanest, highest-energy fossil fuel. It is almost unarguably the cleanest, highest-energy transport fuel. The reason, alkane paraffins, and cycloalkane naphthenes. Paraffins and naphthenes are saturated hydrocarbons. Again, they are complete hydrocarbons without room for the addition of more hydrogen or carbon atoms. That makes diesel extremely stable.

And, in the world of hydrocarbons, paraffins and naphthenes typically have higher energy density than aromatics and olefins because — generally — they are larger, longer chains.

Biodiesel is quite different, almost exactly the opposite in fact.

What is Fatty Acid Methyl Esters

To produce FAMEs, from plant stock, it is necessary to combine the fatty acid esters from the plant material with alcohol. A process called transesterification replaces the ester atoms in fatty acid ester molecules with alcohol molecules. The result is fatty acid methyl esters. FAMES are the hydrocarbons in biofuel that ignite/combust/burn.

Per mile — or any distance for that matter — petrodiesel and biodiesel are some of the cleanest fossil fuels available. For one, neither one produces carbon monoxide at levels beyond trace amounts. For two, both traditional diesel and biodiesel produce lower amounts of carbon dioxide than gasoline and alternative gasoline fuels.

However, emissions of concern with respect to petrodiesel and biodiesel include sulfur oxides and nitrogen oxides.

“An overwhelming number of studies show that using neat biodiesel and biodiesel blends in compression ignition engines slightly increase the generation of nitric oxide and nitrogen dioxide-any combination of which constitutes oxides of nitrogen (NOx). Without dwelling on technicalities, NOx increases can range anywhere from less than 1 percent to 15 percent higher than petrodiesel, with a long list of “depending on” factors.”

According to the EPA, nitrogen dioxide is a major contributor to acid rain, the other being sulfur oxides. Additionally, nitrogen dioxide causes nutrient pollution. “Too much nitrogen and phosphorus in the water causes algae to grow faster than ecosystems can handle. Significant increases in algae harm water quality, food resources, and habitats, and decrease the oxygen that fish and other aquatic life need to survive. Large growths of algae are called algal blooms and they can severely reduce or eliminate oxygen in the water, leading to illnesses in fish and the death of large numbers of fish.

While nitrogen dioxide does serious damage to the environment, its effects are less devastating than those from nitrogen oxide.

One of the most dangerous greenhouse gases produced by humans, nitrogen oxide has a global warming potential exponentially greater than carbon dioxide. “Nitrous Oxide (N2O) has a GWP 265–298 times that of CO2 for a 100-year timescale. N2O emitted today remains in the atmosphere for more than 100 years, on average,” explains the EPA.

“Biodiesel’s increased NOx emissions continue to be the mainstay of critics’ arguments against the widespread use of the renewable fuel,” explains Biodiesel Magazine. But, no one is quite sure why biofuel produces such an excess of nitrous oxide. “What is it about biodiesel that tends to increase NOx? Cetane numbers are higher, which should reduce NOx, and aromatic hydrocarbons are lower. Some say that the oxygen content in biodiesel is cause for higher NOx emissions. ‘One reason for increased NOx could be the molecular weight of the methyl ester,’ said M. Lie Ken Jie of the University of Hong Kong.”

Irrespective of the reason, biodiesel produces extremely high levels of nitrogen oxides. Because of advanced refining technologies, petrodiesel does not.

The Truth About Biodiesel

It’s worth taking the time to step back and reconsider the cleanliness of biodiesel.