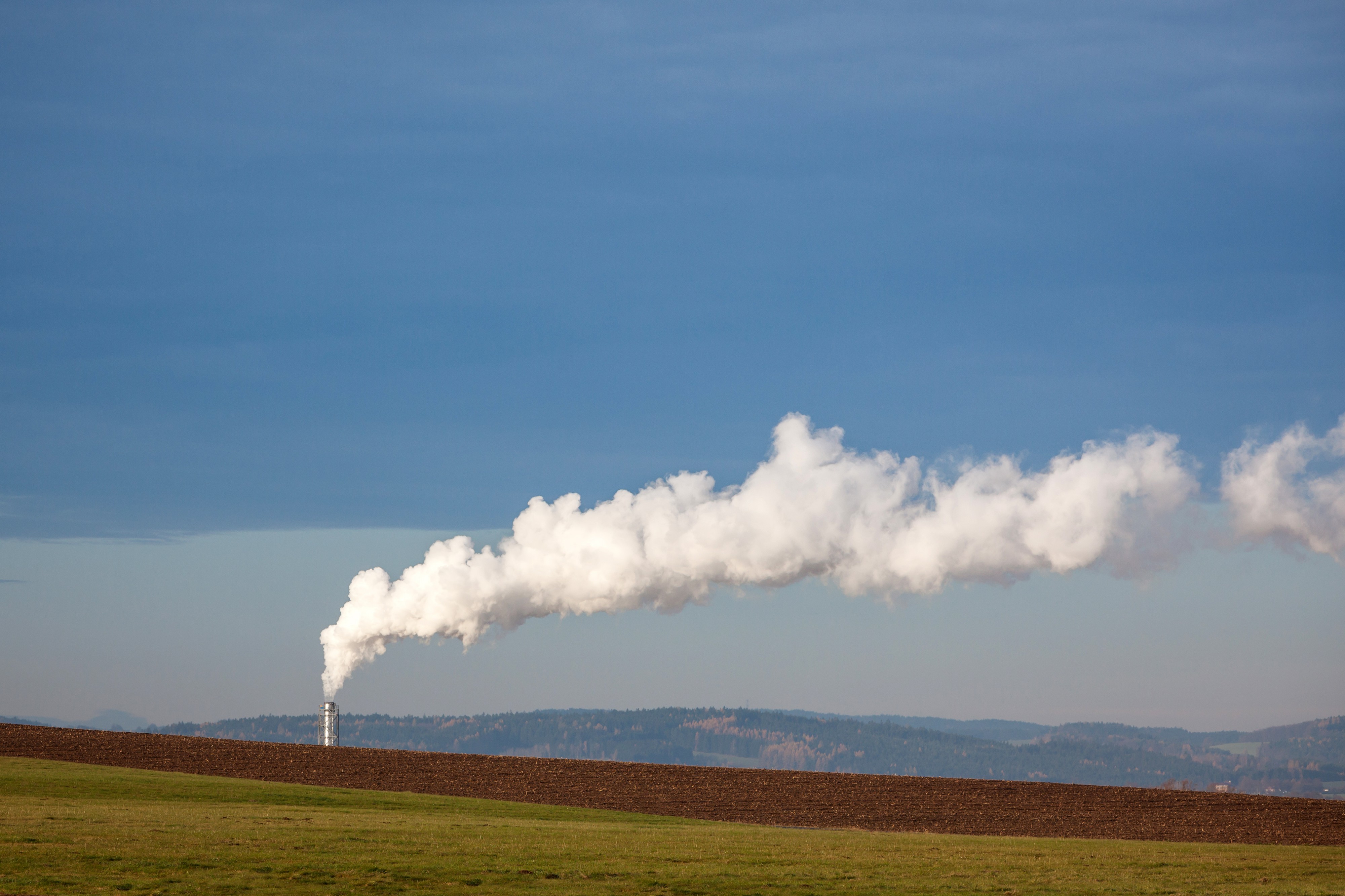 Diesel Emissions: What They Are and What Are Their Consequences

Diesel emissions recently made headlines when it was discovered automobile manufacturers were cheating diesel emissions tests. In 2015, evidence surfaced that Volkswagen was cheating on diesel-engine emissions tests. According to the Financial Times, John German — a senior fellow at the International Council on Clean Transportation — discovered that Volkswagen, “vehicles on the road were showing emissions of harmful nitrogen oxide emissions at up to 35 times permitted levels. West Virginia University, which sponsored the ICCT study, kept recalibrating its equipment as if it were faulty. When that did not work, it suspected the VW diesel cars under review must be malfunctioning — and yet, curiously, they passed emissions tests in the laboratory.”

What German discovered was that Volkswagen was fitting its diesel engines with “defeat devices,” software that could cheat emissions tests by changing the calibration of engines during testing. Whenever an emissions-testing machine was attached to one of Volkswagen’s diesel-powered passenger cars or pickup trucks, the software would kick in and recalibrate the air-to-diesel ratio of the fuel mixture.

The fuel mixture going into the engine would be a super-lean mixture, which leads to the vehicles’ exhaust is very low in emissions. Once the emissions-testing machine was detached from the vehicle, the software would fall dormant and the vehicles’ emissions would return to normal, normal being a fuel mixture that generated high emissions.

The scandal, according to some, did irreparable damage to the diesel-powered passenger-vehicle industry.

For one, every company that produced passenger vehicles with diesel engines fell under heavy scrutiny. After “dieselgate,” which ended with Volkswagen paying heavy fines and massive settlement sums — more than $25 billion according to Fortune.com, — Mercedes was dinged for cheating on diesel emissions tests. Then other companies producing diesel engines began falling. According to TheDrive.com’s James Gilboy, “The diesel emissions scandals have made their rounds since 2015 when Volkswagen’s Dieselgate broke. Now, in the dawning month of 2018, Ford joins the ranks of Volkswagen, Mercedes, Audi, FCA, BMW, and others accused of disregarding emissions standards.”

Ford is the latest company to have been accused of cheating diesel emissions tests. “By reversing the traditional order of the exhaust treatment components and putting the selective catalytic reduction (SCR) in front of the diesel particulate filter (DPF), Ford could obtain and market higher power and fuel efficiency from its engines while still passing the cold-start emissions certification tests. This made Ford’s trucks more appealing and competitive in the marketplace, driving up sales and profits,” explains Jaloponik.com’s David Tracy.

According to Tracy, “This data leads the plaintiff to draw this snarky conclusion: These vehicles should more properly have been called ‘Super Dirty.’”

With all the cheat devices found on diesel vehicles, two questions have arisen. The first question is, just how much do these devices reduce emissions for tests? And the second question is just how dirty diesel engines are?

The answer to the first question is a lot. Defeat devices reduce emissions a great deal, but only when the vehicle is being tested. The answer to the second question is, very little. In relation to gasoline engines, overall, diesel engines pollute very little in relation to gasoline engines. But, though diesel engines pollute less overall, there are exceptions with respect to particular types of emissions. In general, diesel engines produce higher amounts of nitrous oxides, nitrogen dioxide in particular.

Even though diesel car manufacturers may have cheated on emissions tests that do not necessarily mean the diesel itself is a dirty fuel. But, because of the internal combustion temperatures of a diesel engine — which are very high in relation to a gasoline engine — diesel engines produce more nitrous oxides than gasoline engines do.

It is the nitrous oxide emissions test that Volkswagen, Mercedes, BMW, etc. cheated.

The fact that so many diesel engine manufacturers did find it necessary to cheat means that diesel engine technology needs to improve significantly before we can begin calling diesel engines “clean.” But it is worth asking just how much do diesel engines pollute in relation to gasoline engines.

Opponents of diesel engines who believe gasoline is a more environmentally friendly fuel and claim that the sum of non-carbon related emissions that diesel engines emit — nitrous oxides in particular — make diesel considerably more unsafe for the environment than gasoline.

Proponents of diesel engines, on the other hand, claim that with particulate matter filters and catalytic converters, diesel engines — even with nitrous oxides present — are far cleaner than gasoline engines.

Which Engines — Diesel or Gasoline — Should Be Cleaner with Respect to Emissions?

It is not difficult to make the argument that diesel has the potential to be the cleanest of liquid fossil fuels.

Diesel has the highest energy density of any fuel used to power a combustion engines. The energy density of diesel is between 15% and 25% greater than that of gasoline. “Diesel fuel is heavier and oilier than gasoline and it takes less refining to create, its chemical compound is C14H30. Gasoline, on the other hand, is C9H20. [4] When burned, these chemical compounds correspond to energy densities of approximately 155 million Joules per gallon for diesel and 132 million Joules per gallon for gasoline. Thus, in terms of energy density, diesel is clearly chemically ahead.”

If a fuel is compressed, heat is generated. The higher the heat prior to combustion, the greater the percentage of hydrocarbon combustion, the bigger the explosion inside the combustion chamber, and the more power generated. Because it is possible to compress diesel twice to three times more than gasoline, the power output is considerably greater. And, that does not even account for the fact that — again — diesel has considerably more energy on a volume scale.

The thermal efficiency of diesel engines is considerably higher than engines powered with other fuels.  Thermal efficiency is the measure of how much of the energy an engine generates during the combustion of a fuel in relation to how much of that energy becomes mechanical energy, the energy that pushes a vehicle down the road. Thermal efficiency — like combustion efficiency — is a product of compression ratio. “Diesel engines are 30% – 35% more efficient than gasoline engines. This is because, since the fuel is not introduced to the combustion chamber until it is required for ignition, the compression ratio is not limited by the need to avoid knocking, so higher ratios are used than in spark ignition engines.”

Some diesel engines can reach thermal efficiencies of up to 50%. On the other hand, it is not uncommon for the thermal efficiency of a gasoline engine to be as low as 20% according to GreenCarReports.com.

And thermal efficiency converts into grams of pollution per mile. Diesel engines produce about half the carbon dioxide per mile than a gasoline engine does. Of course, however, carbon dioxide does not paint the whole picture with respect to exhaust emissions.

In order to determine whether diesel engines or gasoline engines are greater polluters overall, an accounting of all the major gas emissions is necessary, not only carbon dioxide and not only nitrous oxide.

What Emissions Does the Combustion of Diesel Produce?

If fossil fuels were made only of hydrocarbons and the atmosphere was only made of oxygen and if engines burned fuel 100% cleanly — something that is only a theoretical concept, it never occurs in nature — water and carbon dioxide would be the only two emissions. But, since there are impurities in both the air and in fossil fuels and because fossil-fuel-powered-engines does not combust completely, there are thousands of different chemical compounds that can occur in emissions.

If fossil fuels should only produce water and carbon dioxide, why is it that in reality, hydrocarbon combustion produces such a wide variety of emissions?

In addition to impurities, another reason vehicle and combustion-engine powered machines produce emissions other than carbon dioxide and water is because fossil fuel powered engines do not combust fossil fuels completely.

The partial or incomplete combustion of fossil fuels also produces emissions other than water and carbon dioxide.

Chemical Compounds in the Air that Add to Emissions

The element that constitutes the largest portion of air is nitrogen. Nitrogen makes up 78% of the Earth’s atmosphere. Argon makes up roughly 1%. The last 1% of the atmosphere is made up of gases like helium, neon, and hydrogen. And — of course — the atmosphere also contains the emissions we pour into the atmosphere every year burning fossil fuels, gases like carbon dioxide, carbon monoxide, methane, nitrogen oxide, nitrous oxides, sulfur dioxide, benzene, acetone, acetaldehyde, ethylbenzene, xylenes, toluene, etc.

The impurities in the air combined with partially burned and unburned hydrocarbons create a wide variety of different emissions.

The contaminants in diesel emissions that most concerns scientists are carbon monoxide, oxides of sulfur, oxides of nitrogen, formaldehyde, and hydrocarbons. When combusted in combination with the oxygen in the air, contaminants in fossil fuels becomes one of several types of sulfur oxides. Sulfur oxides are responsible for acid rain among a number of other dangerous effects.

Carbon monoxide is the third major pollutant that is known to have serious effects on both people and the environment.

The most dangerous oxide of sulfur that appears in diesel fuel emissions is sulfur dioxide. “When sulfur dioxide (SO2) is emitted and combines with water it forms sulfuric acid or acid rain.” According to Nett Technologies Incorporated, the amount of sulfur dioxide can range anywhere from 10 parts per million (ppm) to 150 (ppm). “Sulfur dioxide is a colorless toxic gas with a characteristic, irritating odor. Oxidation of sulfur dioxide produces sulfur trioxide which is the precursor of sulfuric acid which, in turn, is responsible for the sulfate particulate matter emissions.”

The amount of sulfur dioxide that comes out of an engine as emissions are determined by the amount of sulfur in diesel when it goes into an engine. “Sweet” crude oils — called so because they neither smell nor taste like sulfur — like West Texas Intermediate have less sulfur and therefore produce fewer oxides of sulfur than bitter crude oils like that which comes from Canada and Venezuela.

There has been a massive push in the United States and Canada to reduce the amount of sulfur in diesel fuels. “Low sulfur fuels of less than 0.05% sulfur are being introduced for most diesel engine applications throughout the USA and Canada.”

On average, diesel contains twice the sulfur gasoline does. That is because gasoline is refined to a greater degree than gasoline. As a percentage of weight, if gasoline contains 0.014 sulfur, diesel will contain 0.032.

While diesel engines generate more oxides of sulfur than gasoline, the production of ultra-low-sulfur diesel has greatly reduced the amount. Diesel engines also produce more oxides of nitrogen, but gasoline produces far more carbon monoxide. However, those emissions are based on per-gallon measures.