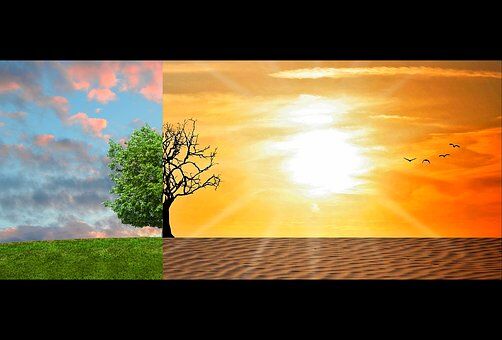 Diesel: Better Than Gas for Your Wallet, the Environment, and More!

In reality, gasoline has always — and probably always will — be a bigger polluter than diesel. In fact, it’s not even close with respect to greenhouse gases and carcinogenic emissions.

But, North Americans were right about the sound and the slow acceleration.

Over the last decade advancements in technology have made diesel engines as quiet or quieter than their gasoline counterparts. And, diesel has a much greater energy-to-unit-of-volume ratio than gasoline. That makes it possible for diesel engine manufacturers to develop extremely agile vehicles. Today’s diesel vehicles are highly responsive. Today’s diesel engines have off-the-line and top-end speeds comparable to anything with a gasoline engine.

And, there are other reasons driving a diesel is a better idea than driving a gasoline engine.

Not the least of which is saving money!

Again, the misnomer is that gas is a dirty pollutant. Not so.

In a Phys.Org article titled, Diesel is now better than gas, study says, UdeM scientist, Patrick Hayes was explained. “Diesel has a bad reputation because you can see the pollution, but it’s actually the invisible pollution that comes from gasoline in cars that’s worse,” he clarified.

The biggest concern for those who fear the effects of greenhouse gases is CO2. Carbon dioxide has the highest positive radiative forcing (RF) value of all the gases associated with emissions. That means CO2 traps heat between the Earth’s surface and the atmosphere more efficiently than any other gas emission.

Because CO2 does not allow heat from the Earth’s surface to escape into space, global temperatures are on the rise. “[While] other gases have more potent heat-trapping ability molecule per molecule than CO2 (e.g. methane), but are simply far less abundant in the atmosphere,” explains the Union of Concerned Scientists.

According to Paul Nieuwenhuis, Co-Director of Electric Vehicle Centre of Excellence (EVCE) and a Senior Lecturer at Cardiff University, “while diesel fuel contains slightly more carbon (2.68kg CO₂/litre) than petrol (2.31kg CO₂/litre), overall CO₂ emissions of a diesel car tend to be lower. In use, on average, this equates to around 200g CO₂/km for petrol and 120g CO₂/km for diesel.”

Diesel engines 40% less CO2 into the air is because they are up to 35% more efficient per gallon.

Diesel Engines and the Other Emission

It is an accepted fact that gasoline engines are the biggest CO2 culprits. But traditionally, those who argued for the cleanliness of gas fell back on “other” emissions as an argument. But, diesel engines no longer emit greater quantities of other emissions either.

“For most cars built over the past 20 years that may still be in use, petrol is likely to be less polluting overall than diesel. Petrol cars also require less maintenance to keep them performing at that level. But new, well-maintained diesel cars, built to the latest standards have similar emissions to new petrol vehicles,” explains Nieuwenhuis.

#2 – Fuel Economy: Gas is for Dummies

With respect to fuel economy, there is no reasonable argument for gasoline engines. “Diesel fuel contains roughly 10% to 15% more energy than gasoline. So, diesel vehicles can often go about 20% to 35% farther on a gallon of fuel than their gasoline counterparts.”

But, that doesn’t tell the whole story.

The demand for diesel in foreign countries plays a part in the price of diesel. But, a bigger part of the equation is diesel taxes. In the United States, diesel tax is 25% higher than the tax on gasoline.

“The last increase in the federal tax was in the early 1990s, back when diesel fuel was usually less expensive than gasoline. So while taxes don’t factor into why diesel fuel prices increased over the past decade, they are a factor in the higher overall price.” according to the NACS Fuels Resource Center.

However, the claim that diesel is more expensive than gasoline is misleading. Using the U.S. Energy Information Administration’s October 25, 2017, data as an example: ultra-low sulfur diesel was about 15 cents more expensive than regular gasoline. Diesel cost $2.79 while regular was $2.63.

However, diesel was a dime less expensive than midgrade gasoline which cost $2.91. Premium gasoline costs $3.15, 36 cents more than diesel.

The fact is, anyone who uses mid-grade or premium gasoline is paying between 15 and 35 cents more per gallon. And, that same person travels between 20% and 35% fewer miles-per-gallon than they would in a comparable diesel vehicle.

Discounting abuse or neglect, it is almost a given that a diesel engine will outlast a gasoline engine.

Unlike gasoline engines, diesel engine modifications can be dramatic. Want to turbocharge a diesel? It is simple and safe, “Put under sufficient pressure, gasoline engines will spontaneously detonate. By contrast, the amount of super- or turbo-charging pressures diesel engines can endure are limited only by the strength of the engines themselves,” explains WyoTech’s Allen B. Ury.

Want to increase what is already exceptional gas mileage? The Rentar Fuel Catalyst will increase fuel efficiency by between 3% and 8%. That is a savings sum guaranteed to pay for the Rentar within 12 months.

Diesel engines were once only associated with heavy equipment, dump trucks, and semis. Diesel engines are now not only the wise economic and environmental choice but some of the most luxurious and sporty as well.

Consider the Porsche Panamera 4S Diesel; BMW 435d xDrive; BMW 435d xdrive Audi A8 4.2 TDI; the Audi SQ7; and the Bentley Bentayga Diesel. Not one runs the mile in more than 4.9 seconds and not one gets worse than 40 mpg.