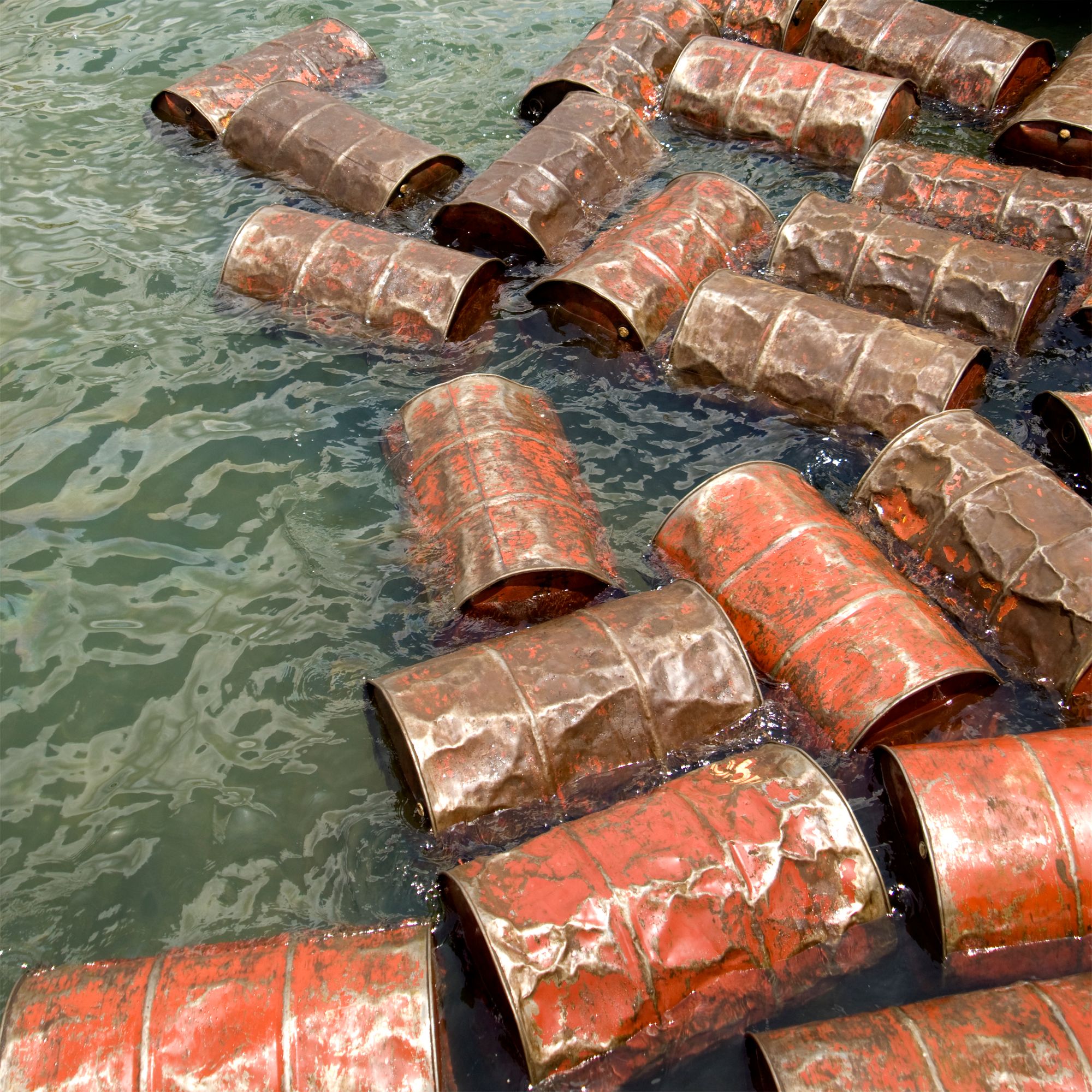 Comparing Diesel to Gasoline, Natural Gas, and Coal for Quality, Utility, and Availability

There are three categories of fossil fuels: solid, gas, and liquid. Of all the solid fossil fuels; the gas fossil fuels; and the liquid fossil fuels, diesel has the highest energy-production-to-low-emissions ratio of any. In fact, diesel fuel produces fewer emissions than gasoline and does far less damage to the atmosphere than natural gas.

Diesel is the gold standard of fossil fuels.

The second means of determining the value of a fossil fuel are lifecycle emissions. Only accounting for combustion emissions is extremely misleading. The entire life cycle of a fossil fuel must be taken into account. By doing so, it becomes apparent that some fossil fuels that combust cleanly can be in the ranks of the dirtiest fossil fuels available.

And in addition to fuel density and emissions, diesel fuel is extremely stable which gives it a high utility factor. Utility is a factor in transportability, safety, and ease of use.

Fuel Density of Diesel Fuel in Relation to Other Fossil Fuels

Diesel fuel has an extremely high energy density in relation to most other fossil fuels.

Fuel density determines the space necessary to produce a required amount of energy. That means fuel density plays a critical role in fuel mileage, another space for energy measure. Because of the energy density of diesel, per gallon, diesel-powered vehicles get much better mileage than petroleum powered vehicles of comparable size.

“Over the diesel’s operating range, the average thermodynamic efficiency—how much work the engine produces from the fuel—is in the mid 30 percent range, at least 15 percent better than a gas engine. Not even close, right?”

Broken down simply, if a gasoline-powered vehicle gets 21 miles to the gallon, a diesel powered engine will get 30. It is fair to say, diesel is a much better fuel than gasoline with respect to fuel economy.

According to Forbes Magazine, “Natural gas vehicles are saddled by a number of drawbacks. They get worse mileage than regular gas cars. Reviewers, in general, say they are relatively uninspiring to drive. And the economics are not terrific: Honda’s CNG Civic costs more than the regular Civic.”

Propane powered vehicles have many of the same problems as natural gas-powered vehicles including a limited range, low power and torque, and the fact that both are extremely volatile fuels. Additionally, propane is considerably more expensive than natural gas.

The fuel density of diesel assures two things: a smaller tank is necessary for the same amount of mileage or hours of operation and per gallon or liter, diesel gets better mileage: fuel economy.

The second mistake also pertains to combustion. Measuring the sum of greenhouse gases and pollution produced per unit of volume or weight is also misleading. Just because one fossil fuel generates more greenhouse gases per gallon or pound does not mean it is a greater polluter.

Diesel is a victim of this kind of indolent analysis.

Instead of measuring emissions per gallon, a much more indicative means of measuring emissions is the sum generated over distance or time. According to the U.S. Energy Information Administration, “About 19.64 pounds of carbon dioxide (CO2) are produced from burning a gallon of gasoline that does not contain ethanol. About 22.38 pounds of CO2 are produced by burning a gallon of diesel fuel.”

Talking about the cleanliness of a fuel or how dirty it is based on emissions per gallon is misleading. Claiming diesel is a greater polluter than gasoline is irresponsible.

Natural gas, up until the last few years, was considered the “cleanest” of fossil fuels. The thought was since natural gas produces the smallest amount of carbon dioxide during combustion of almost all fossil fuels that it must be clean. The problem is, natural gas is anything but natural and the opposite of clean.

Natural gas is almost exclusively methane and while methane burns cleanly, in its natural state, methane is among the most potent and damaging of greenhouse gases. Before it begins to break down, for the first 20 years it is in the atmosphere, methane has a global warming potential 86 times that of carbon dioxide. Over a 100 year span, methane has a global warming potential of 30 times that of carbon dioxide.

Not only is methane a terribly destructive greenhouse gas, leaks are so commonplace in the industry that there are concerns we are accelerating global warming at rates so dramatic that the effects will be irreversible. And the biggest problem is fugitive gas.

Each year, the oil and gas industry releases huge sums of methane into the atmosphere. Some escapes by accident and some methane are simply allowed to float into the atmosphere through venting. “Emissions reached 9.8 million metric tons in 2014, up 11 percent from four years earlier. That’s enough methane to meet all of the natural gas fuel needs of a state the size of Pennsylvania, instead vented to the atmosphere.”

According to Forbes Magazine, fugitive and vented methane sums reached 3.6 trillion tonnes in 2014 alone and continue to rise each year.

The Utility of Diesel Fuel

While overlooked as one of the values of fossil fuel, its utility is one of the most important characteristics of diesel. Diesel is extremely stable. Unlike gasoline and natural gas — both of which are extremely volatile, diesel does not easily combust. The stability of diesel fuel makes it easier to store and transport than other fossil fuels used in the transportation sector.

Ironically, the same characteristic of diesel fuel that makes it so exceptionally valuable is also its biggest drawback, fuel density. Like all high-density fossil fuels, it is difficult to combust diesel. More to the point, it is difficult to burn diesel fuel completely. While 100 percent combustion is not possible for any fossil fuel — a complete burn is a theoretical concept our technology is currently incapable of achieving — the more energy-rich a fuel, the lower the percentage of that fuel that burns completely.

The Rentar Fuel Catalyst is a pre-combustion device that mounts on the fuel line between the tank and the engine. Like a catalytic converter, a fuel catalyst is made of noble metals that function as catalysts. Catalysts are metals that can generate a change without themselves being changed. In the case of a fuel catalyst, the noble metals generate a change in the hydrocarbon molecules which makes the fuel burn more completely.

A simple explanation of what the noble metals in the Rentar Fuel Catalyst do is: neutralize. The Rentar Fuel Catalyst neutralizes the positive charge between hydrocarbon molecules that cause them to cluster together. Once the charge disappears, the fuel molecules in diesel separate which means they oxygenate at a higher rate. A higher oxygenation rate means a more complete burn and a more complete burn means two things: greater fuel economy and lower emissions.

And with respect to emissions, the Rentar is equally — if not more — impressive. The Rentar Fuel Catalyst reduces black smoke by 44 percent. It reduces greenhouse gas emissions — NO, NOX, and SO2 for example — by up to 19.2 percent and particulate matter by the same sum.

Fossil fuels, hydrocarbons, are the most important energy source found on Earth. And of all the fossil fuels, none are more important than diesel. Diesel produces more energy while generating fewer emissions and doing less damage to the environment than any other fossil fuel.

With the Rentar Fuel Catalyst, diesel produces even more energy and even less emissions.