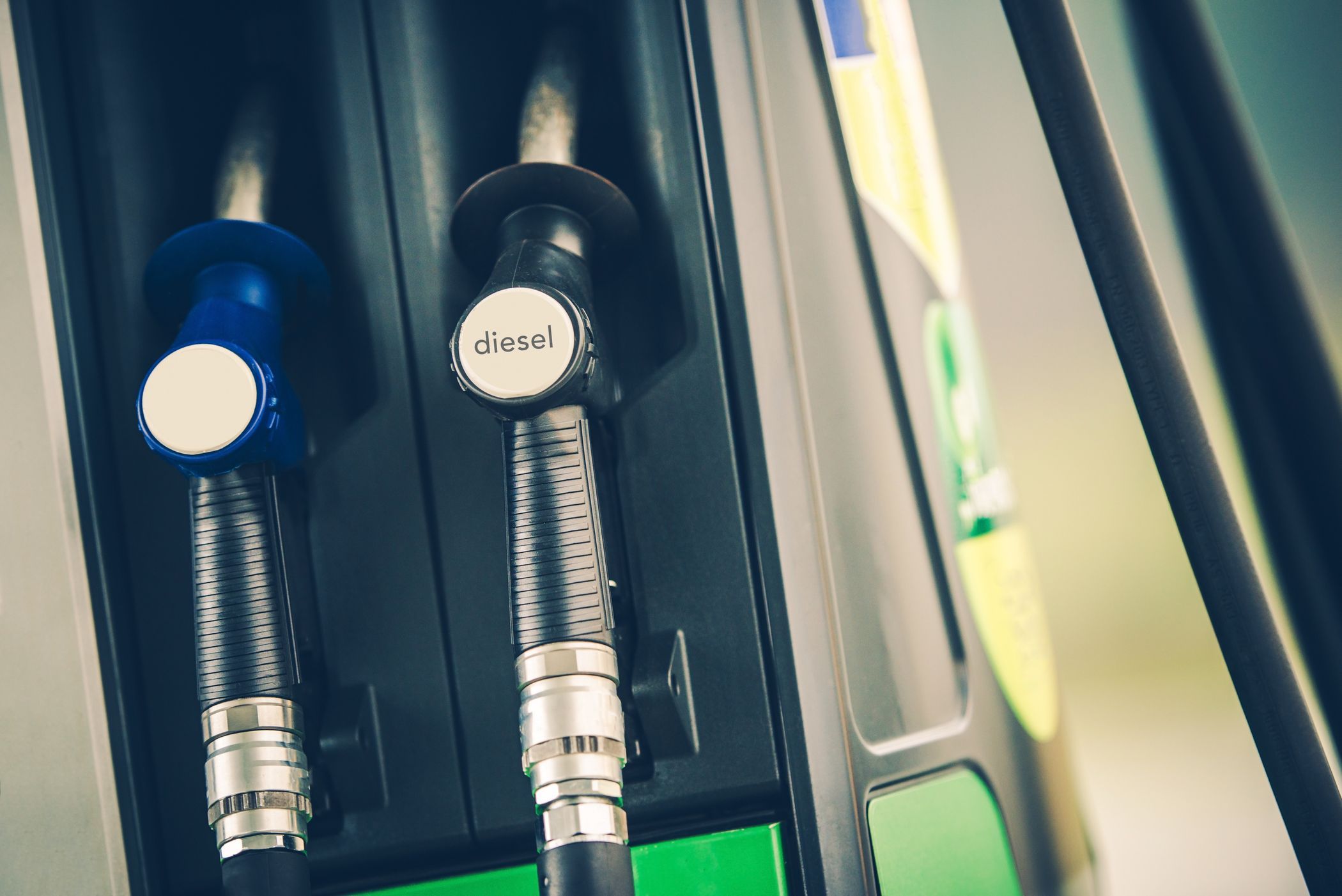 “Diesel engines are more fuel-efficient and have more low-end torque than similar-sized gasoline engines, and diesel fuel contains roughly 10% to 15% more energy than gasoline. So, diesel vehicles can often go about 20% to 35% farther on a gallon of fuel than their gasoline counterparts. Plus, today’s diesel vehicles are much improved over diesel of the past,” explains the U.S. Department of Energy.

Suffice it to say, statistics showing that diesel engines get considerably better “gas” mileage than gas-powered engines of comparable size are not controversial. Diesel engines are more fuel efficient than gasoline engines. The reason? Diesel itself and diesel engines, the compression ratio of diesel engines specifically.

As to why diesel engines are more efficient than gasoline engines, the complete answer includes physics and engineering concepts like fuel ignition type, flame diffusion, compression ratio, and thermal efficiency. But simply, there are two factors that determine fuel efficiency. The first is fuel density, the amount of energy in a gallon or liter of fuel. The energy density of a fuel is extremely difficult to change on a mass scale. A fuel — diesel, gasoline, ethanol, biodiesel, natural gas, propane, etc. — either has a high density, or it does not.

It is difficult to dramatically change the density of a fuel. A fuel is either light or heavy.

“Gasoline-like fuels are typically composed of relatively small (i.e. carbon number in the range of 5–10) branched or cyclic hydrocarbons. These molecular structures have a high bond strength and thus low chemical reactivity (e.g. high octane number). On the contrary, diesel fuels are highly reactive due to the long, saturated molecular structures (i.e. carbon number in the range of 10–20) and thus auto ignite readily, making it difficult to achieve LTC.”

While it is easy to assume the more combustible a fuel is, the more energy it produces, that is not the case.

While gasoline is more volatile and ignites/combusts/burns easier than diesel, diesel has more energy. On a weight scale, diesel and gasoline have roughly the same energy density. But, diesel is denser than gasoline which means on a volume scale — gallon or liters — diesel contains more energy. The fuel density of diesel is between 13 and 18 percent greater than gasoline.

According to the European Automobile Manufacturers Union, “diesel fuel is denser than petrol and contains about 15% more energy by volume (roughly 36.9 MJ/liter compared to 33.7 MJ/liter). Accounting for the difference in energy density, the overall efficiency of the diesel engine is still some 20% greater than the petrol engine, despite the diesel engine also being heavier.”

Simply, because diesel is denser than gasoline and most other fossil fuels, diesel engines get better “gas” mileage.

In an interview with Engine Builder Magazine, Diamond Piston’s Ron Beaubien explains, “An engine’s compression ratio is calculated by taking the total swept volume (with the piston at bottom dead center) and dividing it by the total compressed volume (with the piston at top dead center). For example, if the total swept volume of a 632 cid big-block Chevrolet is 1380.34cc (cubic centimeters) and the total compressed volume is 86.69cc the compression ratio would be stated as 15.92:1.”

The higher the compression ratio of an engine, the more efficiently the engine burns fuel.

“It is desirable to achieve a high compression ratio to extract more mechanical energy from a given mass of the air-fuel mixture. A higher compression ratio permits the same combustion temperature to be reached with less fuel while giving a longer expansion cycle. This creates more mechanical power output and lowers the exhaust temperature. Lowering the exhaust temperature causes the lowering of the energy rejected to the atmosphere.”

In a compression engine — a diesel or biodiesel engine, — auto ignition is an intended consequence of compression ratio.

In a spark-fired engine, autoignition will destroy an engine. When autoignition occurs in a spark-ignition engine — a gasoline or propane-powered engine, — it is called pre-ignition. Pre-ignition is a different engine malfunction than detonation. Detonation the consequence of pockets of air-fuel mixtures combusting at different times. Detonation is also known as “knocking” and is not uncommon nor is it always a major problem.

Pre-ignition in a spark-ignition engine, on the other hand, destroys piston heads, O-rings, and will blow spark plugs out the side of an engine. For this reason, gasoline engines must always have a considerably lower compression ratio than diesel engines. The air-fuel mixture in a gasoline must always be low enough that the pressure generated during the upstroke of a piston will not create pre-ignition.