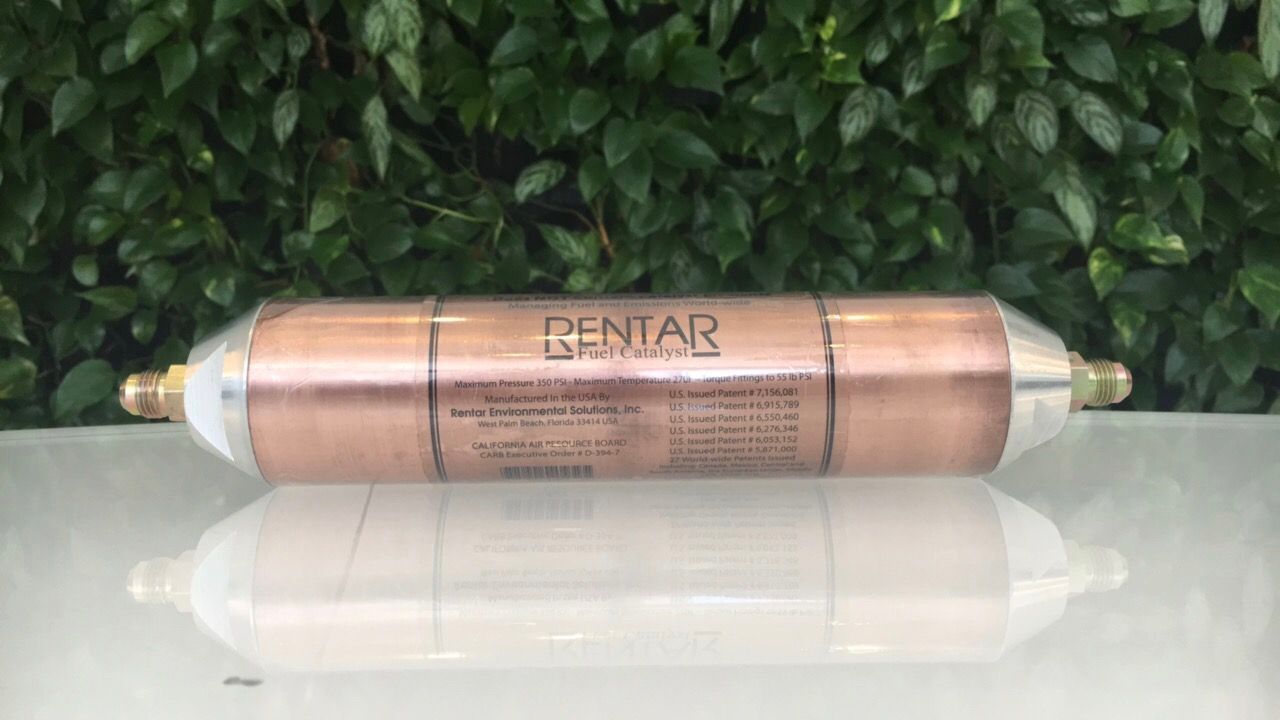 Why Catalytic Converters are Necessary and Differ from Fuel Catalysts

While gasoline is the most common fuel of choice for cars, pickups, motorcycles, and small engines in the United States, gasoline is also the most finicky liquid fossil fuel. Gasoline is highly volatile and low in energy density. Furthermore, gasoline engines must use a rich fuel-to-air mixture in order to remain cool and not overheat and self-destruct.

If an engine is using a rich fuel mixture that means the air-to-fuel does not contain enough air to oxygenate all the hydrocarbons in a fuel. Hydrocarbons are the valuable component of fossil fuels that ignite/burn/combust. Without oxygen, hydrocarbons will not burn. Since gasoline engines require a rich fuel mixture, that means a portion of the fuel blows out the exhaust unburned. Wasting partially-burned fuel and unburned fuel is an inherent trait of gasoline engines

Gasoline engines wasting fuel — blowing it out the exhaust is intentional.

As such — without the proper technologies, gasoline engines generate extreme emissions while producing a relatively low amount of mechanical energy.

Fortunately, over the last 100 years, engineers and entrepreneurs found innovative ways to work around the limitations of gasoline and today’s gas engines run more efficiently and pollute less than ever before. Still, even though almost all gasoline engines have emissions reducing devices, gasoline engines remain highly inefficient.

Because gasoline engines are inherently inefficient, because they must run on a rich fuel-to-air mixture catalytic converters are necessary.

Gasoline does not react to high compression ratios well nor do gasoline engines reach to a lean fuel mix well.

Low compression ratios are necessary for gasoline engines because gasoline is very volatile. Gasoline requires a stable ignition environment in which to combust or it will not combust in a controlled manner. Compressing a fuel creates an unstable environment. Compressing a fuel generates heat. If the compression ratio of a gasoline-powered engine is too high, gasoline pre-combusts.

The problem with the fact that gasoline has poor compression resistance is that the higher the compression ratio of an engine, the more efficiently it burns fuel and the fewer emissions the engine produces. The greater the pressure a fuel is under, the more complete the energy release when combustion occurs. So while pre-combustion actually releases more energy and reduces emissions, the fact that pre-combustion in a gasoline engine causes damage means gasoline engine engineers design motors that do not cause gasoline to combust as the result of compression.

Importance of Compression Ratio for Fuel Economy and Emissions

Not only does compression ratio play a role in fuel economy, but emissions as well.

Not only does the failure of a gasoline engine to completely burn gasoline means the engines are less fuel efficient, unburned and partially burned hydrocarbons result in many of the most toxic and dangerous emissions.

Adding lead to gasoline pleased consumers because it resulted in vehicles that achieved higher fuel efficiencies. But, the dangers of lead soon became apparent, “Lead in petrol/gasoline is released during combustion into the atmosphere and eventually the soil. As it is absorbed or ingested from plants and animals that have absorbed it, lead acts as a poison. Lead interferes with the production of a variety of enzymes and metabolic processes that lower the ability to produce hemoglobin, damage kidney functioning, interfere with reproductive processes, and damage neurological development, particularly the brains of children.”

By the mid-1980s the EPA had banned the adding of lead to gasoline. By the early 1990s adding lead to gasoline was banned in almost every country in the developed world.

There is a specific ratio of air-to-fuel required to burn gasoline completely. That ratio is called the stoichiometric ratio and it is 14.7:1. For every 1 part gasoline, 14.7 parts of air are required to burn that part of gasoline completely. However, the efficiency at which an engine burns gasoline in a stoichiometric state generates so much heat that damage occurs to the engine. As a result, gasoline engines must always run a rich fuel-to-air mixture of about 12 parts air to 1 part gasoline. The difference between

“The stress on most internal combustion engines is maximum when they are running at the stoichiometric ratio. The flame front propagates rapidly, maximizing peak pressure and temperature and generates the maximum power for a given airflow. [Gasoline] engines, when generating high power, are designed to run significantly rich of the peak temperatures and internal pressures.”

Because gasoline engines must run rich, that means unburned fuel. Unburned and partially burned fuel constitutes some of the most toxic and dangerous combustion emissions.

What is a Catalytic Converter?

When a vehicle starts, exhaust begins flowing out of the engine and into the exhaust system. As the exhaust — which is extremely hot — passes through the catalytic converter, it super-heats the precious metals in the perforated plates. Once the catalysts in a catalytic converter heat to an optimal temperature, they begin burning the partially and unburned hydrocarbons that naturally occur in the exhaust.

The destruction of catalytic converters was just one more reason lead additives were banned from gasoline.

Today, catalytic converters are a requisite for both gasoline and diesel engines.

While there is no doubt that catalytic converters are extremely important with respect to protecting the environment — and by extension, ourselves — from the harms of combustion engine emissions, saving fuel is equally important. And saving fuel is not only important for the pocketbook. The fewer fuel burned the fewer emissions produced.

Catalytic converters reduce emissions but do not reduce fuel consumption. A fuel catalyst, on the other hand, does both.